(Editor: Billy Meier continues to be correct with his Plejaren information. The Spirits are not getting their allotted rest period in added years before returning/reincarnating to the Earth’s physical side. As things are configured now due to overpopulation and excessive births, after death, the spirits return to the Earth’s invisible side and is then sent back too soon causing a ratio of former life memories to reverse into its new awareness-personality. Even though the terrestrials have proof in front of their eyes regarding reincarnation, they are not cognizance enough to rationalize this due to the incorrect knowledge that the religious leadership has taught mankind throughout the ages. [For the many spirits to fully rest in the beyond, depending on the age of death, additional years are required for the SOL System. And the formula to compute the exact number of years in the beyond/ether/guff is multiplied by a certain number and how long the person lived, but that formula is currently not valid due to the birthrate imbalance. And at some point in the future the birthrate will have to be regulated to end the rebirth reversal that is happening worldwide.]) 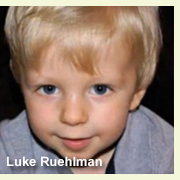 Luke Ruehlman is a healthy 5-year-old boy. Still, he’s already had a lifetime of experiences — he has even died!

At least, that’s what he claims. In a bizarre series of TV interviews, Ruehlman has managed to convince at least a few people that he lived a past life as Pam Robinson, an African-American Chicago woman who died in a fire at the Paxton Hotel in 1993.

Ruehlman started weirding out his stay-at-home mom, Erika, at the age of 2, when he started talking about a mystery woman named Pam. Later, she would ask him directly who the heck Pam was.

Pam Robinson died in her 30’s in a Chicago hotel fire.

Ruehlman also reportedly said he traveled by train in Chicago. The Cincinnati family didn’t know anyone named Pam, and Luke had never been to the Windy City. His mom was baffled. She investigated further and found Pam Robinson, who was one of 19 people who died in a 1993 hotel fire.
Robinson’s family declined to comment on the story.

The boy’s odd ability to remember places he’s never been is intriguing, to be sure. If this sounds amazing, it’s not that unusual on the show that revealed this story, Lifetime’s “Ghost Inside My Child”…. 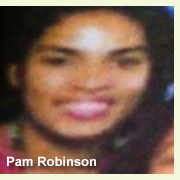 …Ruehlman’s story….Erika told Fox 8 — this story needs to be told.

“It’s a positive one,” she said. “One of unification.”

Then Luke’s grandma told Fox 8 that Lifetime didn’t pay them anything to do the episode. Link: Read Article