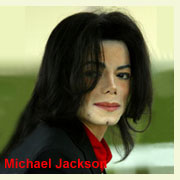 FIGU – Reader’s Question
Dear Billy: “As discussed, I am sending you my questions regarding the death of Michael Jackson.”

Question: “Of what did Michael Jackson die? And has his untimely death perhaps something to do with him suffering from the pressure of success, or even under the accusation of child molestation, which, however, could never be proven against him in court. Did he have a nervous breakdown? Do you know something more dependable than that which comes through the media?”

Ptaah: “There is certainly something to mention of significance in terms of predictions. For example, the “King of Pop”, Michael Jackson – in eleven days calculated from today, respectively, on June 25th – will suffer a cardiac arrest and pass away as a consequence of an irresponsibly negligent overdose of a cocktail of narcotic medications.”

Billy: “Poor bloke. In spite of his success, and his acquired fortune, he has had a difficult life. But what was it actually with the assertion that he has been a paedophile and has molested children? With the best will, I simply cannot imagine that.”

Ptaah: “That corresponds to nothing other than infamous lies, which were invented by parents who had allowed their children to go to Michael Jackson, to then mendaciously accuse him in the courts, in an infamous manner, and to financially exploit him. Due to my own interest, I have, at that time, made an effort about these things and determined that none of the assertions corresponded to the truth, rather, on the contrary, everything was only mendacious inventions in order to draw a financial gain out of it. The allegedly molested children were drilled for so long by their parents, in regard to their mendacious stories, until they finally deluded themselves that the lies were true and asserted that they had been sexually abused. But such abuses have never occurred, as I was able to unequivocally clear up, because, above all, Michael Jackson loved children and would have never done anything to them like that. He himself had never experienced a real childhood, rather he was irresponsibly forced to give it up by his father on account of music, singing and success.”

“But the lad had never coped with that and, because of that, in his essence, he has always remained a boy, consequently he also surrounded himself with children and engaged in all kinds of games, and so forth, with them, which, however, were, in every manner, clean and correct as well as loving, and in no way showed any kind of sexual abusiveness at all.”

“The man, Jackson, has, in his essence, remained a boy – very sensitive, kind and, additionally, living dreamily in his own strange world, which did not – respectively, only in a few small parts – coincide with reality. Unfortunately, his funeral will be made into a monstrous spectacle, which corresponds to a glorification.”

Billy: “Your explanation pleases me, even if, in its entirety, it deals with a sad case and also arouses grief in relation to his death. I can imagine that very many humans will honestly grieve for him, because his music and his singing were good, even if it did deal with pop. This is in opposition to other types of pop, which, for years and up to the present day, are quite the usual thing and are truly nothing other than a monstrous disharmonic screeching, wailing and howling, compared to which the howling of wolves sounds positively harmonic.”

Ptaah: “You have said that very well, because, as a rule, nowadays, that which the young Earth humans designate as music and singing, and to which the youth are frenetically devoted, no longer contains any kind of harmony. As you say, it deals thereby still only with screeching, wailing and howling, which no longer contains any kind of harmony, rather only aggression, to which the youth succumb and become dangerously asocial. In that way certain youth become furious destroyers of human acquisitions as well as degenerates, who – unscrupulously, and full of hate and as a result of naked lust and willfulness, and so forth – endanger their fellow men, or even seriously injure them, bash them to the point of making them handicapped, or kill them.”

“Actually, in this regard, a very great part is based in the forms which are called singing and music, whereby the discordant pop and similar forms, basically promote in the youth, aggression, a social behavior, a lack of responsibility, a lack of virtue, and hate, and so forth. Through these forms of screeching, wailing and howling, as you say, which today is called singing and music, the Earth humans – especially the children and youth – lose, more and more, the respect for societal norms, virtues and that which is upright.”

“Principally, many youth – who have not enjoyed an appropriate upbringing, and are thereby already inclined towards asocial degenerations – allow themselves thereby, more than ever, to be reshaped into that which is evil and bad, out of which arises contempt for humans, for the law and for order.
Factors, out of which also racism, extremism, radicalism and terrorism arise.”

“Arising, on the other hand, from the aforementioned so-called music and the unmelodic screeching, however, is also the opposite, namely, that the youth are misled, by religious people and other sectarians, into becoming believers in religion and God as a result of the delight which has overcome them. Consequently they become believers in the God delusion, as you pointedly mention in your new book. Truly harmonic singing and harmonic music is created only very rarely, and if so, then only by older humans and interpreters who are still devoted to the truly harmonic sounds and consequently also have a corresponding life-style.”

Update: Nov 22, 2009
“Tragedies related to Michael Jackson. First Evan Chandler — father of Jordan Chandler, the boy who first accused Michael of molestation — committed suicide by handgun, sparking speculation that he’d perhaps done so out of guilt over the whole child molestation scandal that arguably started the downward spiral of the fallen King Of Pop’s bizarre life. We shall never really know, and there was no suicide note at the scene.” Link: Article

Editor’s Comment: What did Evan Chandler knows about his son Jordan lying regarding the Michael Jackson case?