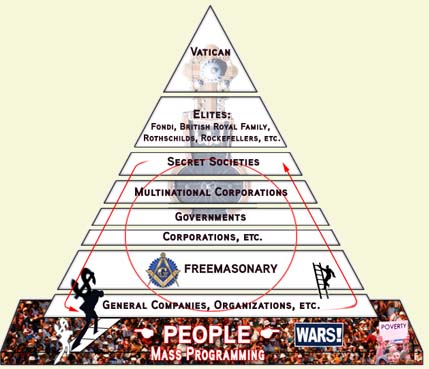 As one climbs higher up the ladder of power where the elites (old wealthy families – Rothschild, Rockefeller, British Royal Family, George Soros, Warren Buffett, Koch Brothers, secret societies, etc.) reign, one will notice that there aren’t a lot of people there. The elites have always kept their numbers modest to maintain power, order and control at the top. The sons and daughters of the elites will generally have one or two offspring if they so choose, while a few may have more than two, which is not a common occurrence, unlike among the breeders; and others may opt for adoption (popular among some, especially those who are one or two levels below the top elites), while some prefer no descendants. Sometimes they will have children outside their family nucleus and detached, but the illegitimate offspring are watched with future goals in mind (and according to Benjamin Fulford from his private sources, he was told that Mark Zuckerberg of Facebook is the grandson of David Rockefeller [Editor: but he’s admired by the Rothschilds for his role in digital surveillance, and they also prized Bill Gates for similar with Microsoft]). The men are allowed homosexual encounters if they so wish and the females likewise, also with other men if desired.

The Vatican was in contact with the last colonization of extraterrestrials that did the Adam and Eve procreation 130,000 years ago. These extraterrestrials had the popular religions corrupted after 4 AD. It was they who gave the impulse to form the Illuminati surface group, starting with the Vatican. And by 30 AD the first mysterious Illuminati group came into being in ancient Rome. It later began using the spoken word through the Saul-Paul doctrine to facilitate wars in the slaughtering of believers and people who did not want to fall under their leadership. The extraterrestrial group residing under the Egyptian pyramid also magically appeared before many popes and carried out apparitions at Fatima, Zeitoun, etc. (using holograms) to reinforce the Roman Catholic religion. These Aryan extraterrestrials were hoping that one day they would be able to come up to the surface and rule, and the Vatican was facilitating that eventuality. But things changed and the group was removed in the late 1970s to stop interference with the Earth’s surface people. 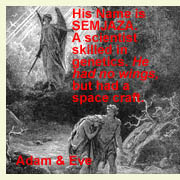 The masses (i.e. the “Commoners”, the general public or “Deplorables” as coined by Hillary Clinton and used by the Rothschilds) are considered breeders and are there to help in the building and shaping (with cultures, talents, etc.) of the civilization and uphold its maintenance and provide manpower when needed. But as the civilization advances in science, technology, social order, etc. the breeders are monitored to help avoid the society from becoming bloated. (Where segments of the population worldwide are being manipulated using deliberately bad psychology through media [audio-video-and-print] and memes where over time pockets of deplorables are developed to spread fear, hate and destruction among law-abiding people. Former President Bill Clinton incorrectly refer to it as “bad-gene pool”, but it has nothing to do with genes, because it’s psychological. By the time the people have figured it out, they will have already wiped out much of their fellow men.) The Earth nations are now at that crossroads, because they are moving into an era where much of the manual labor will be done by computer automation. And with the coming end to wars, the introduction of therapies for longer lifespan, etc. a liberal population count is no longer necessary.

The elites are now having a difficult time with the breeders because of their outdated programming (i.e. religions, philosophies, social order, economy, etc.) and so they are using various measures to try and bring the masses into compliance with their long term goals. And one such goal is the convoluted, to the masses way of thinking, the pending New World Order of which their are two versions: the first was officially launched by George W. Bush Sr. publicly is known as the “One World Order“, the “Uni-Polar World Order” or Globalism and is 100% elite controlled from London and New York City and the United States is the Global police/military force; wants a percentage of the population replaced with robots. And the second new order is the humane “Multi-Polar World Order” organized by a good-willing faction made up of old-watchers in Russia, Austria and China guiding the surface population. The Multi-Polar World Order (i.e. a New World Order) is what the BRICS [Brazil, Russia, India, China and South Africa] group would like to establish on planet Earth. They are setting up their own payment system for transaction cards, SWIFT interbank business and also their own rating system. But the hegemony elite rulers in the United States, Britain and Israel are making every effort to destroy these possibilities.

We are in a pickle, and quite a sour one, because there will be sadness as the plan unfolds. One of the genuine extraterrestrial groups noted that they would not like to be in our shoes, because difficult and unpopular decisions will have to be made.