Excerpt: “Jo Ann Richards: “In July 1962, Mark really began to understand that his father was more than just a ‘procurement officer.’ Mark and his babysitter/agent were attacked by human and non-human MIBs, engaging Mark in a fierce gun battle with the enemy. The gun battle ensued between Mark and the group of MIBs. ‘Strange sounds everywhere, like screaming animals.’  Anti-Matter Drive: engine powered by anti-matter that is contained in a special tank; untested at onset of this mission. Her website is: www.theedgeam.com.” 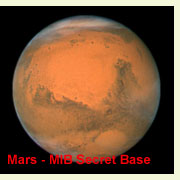 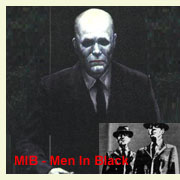 The real Men In Black (MIB) originated from Sirius. They came to Earth thousands of years ago and were one of the groups interfering with the surface people besides the now defunct Aryan extraterrestrials who were living under the Egyptian pyramids. The MIBs had high technology weapons, shielding and space crafts, and could break into pretty much any existing structure on the Earth’s surface if they wanted to. And through the real MIBs, two factions spun off, a faction of MIBs in the United States secret government, and a faction of MIBs working through the Nazis. These two factions of MIBs were considered low-level MIBs. They acted as assassins, with vehicles appearing and disappearing out of nowhere. Once the real MIBs were captured, so far nothing has been heard from the low-level MIB groups.

With help from an extraterrestrial group the real MIBs were tracked down. This assistance was needed because the MIBs were encrypting their flight coordinates and it could not be easily decoded to discern their real location. The flight coordinates were eventually decoded in real time and the MIBs were tracked coming and going from their base location on Mars. Their home planet in Sirius was contacted and a security team arrived and, with the assistance of other extraterrestrial groups, all the MIBs were captured and their well fortified underground bases on Mars destroyed. The MIB’s deception activities came to an end in the year 2006. They were taken back to Sirius for debriefing and sentence. Members of the captured group were of very old age and not large in numbers. 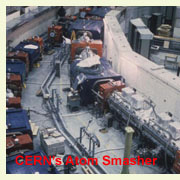 Anti-Matter Propulsion and Weapon:  The United States (or Russia) does not possess the capability to manufacture anti-matter energy for space propulsion or weapon. The only thing I can conclude is that what they are calling anti-matter, that it is kept in a special container, is not the true-form of anti-matter, but rather something else. (The ‘anti-matter’ that Jo Ann Richards is talking about is a form of “radiation particles” that is found in the Van Allen belt, etc. This form of radiation particles can be vacuumed and stored in special containers. Future possibilities are being talked about regarding the mining of anti-matter for usage in space propulsion. This type of radiation particles can also be used to enhance bombs that are referred to as negative energy weapons. And the countries in possession of this radiation particles are America, Russia, China and Israel. LINK: Listen to LaRouche Basement team. Anti-Matter dialogue starts at 17:16 minutes into the video.) When a real anti-matter weapon is fired at anything that is matter, it disappears. How can something that powerful be kept in a tank? To construct anti-matter technology, one needs to master the “seven-fold synthesis of matter” to gain an understanding of the planes that comes into being during transmutation into the mastery of Anti-Matter technology.  The highly developed Earth nations only understand 2.5 levels so far and of those levels, one of them, the third, is incorrectly numbered; and the other 4.5 levels are not yet discovered. The CERN (LHC) project is about finding the last undiscovered particle in the universe, the Higgs Boson, they say, but the truth is the project is trying to understand the process of Anti-Matter.

The Russians have also launched a collider project of their own in Moscow based on local technologies, and their goal is far different from that of the CERN project. The Russian scientists are pursuing to understand the intermediate state right after atoms collide and before smaller particles are formed. The Russian project is to investigate and understand the “transmutation process” of the atom after colliding. This will at some point in the far future lead the Russians to have a better understanding of the “seven-fold synthesis of matter”, which some referred to as the so-called GOD particle, but it is the true path to Anti-Matter energy fusion technology.

The Unified Earth Order that comes about sometime around 2800 A.D. will eventually develop an anti-matter weapon, but not technology for anti-matter propulsion – that will come later. Our space propulsion then will be based on plasma/light radiation.