Question: Where are the secret groups in the United States getting their extraterrestrial materials from if they are cloning them?

Answer: The United States of America is unofficially ruled by several forms of governments. And it is not ruled according to how the people are told officially. The U.S. government is organized as follows: (#3) the Presidential government (i.e. The Obama Administration, Congress, the State Department, etc.); then (#2) the Pentagon government; and lastly (#1) the CIA government. They all officially belong together, but each one works for themselves at their most secret levels; and at that innermost level they each form a government onto themselves. I was told that there are people in the upper tier of the CIA government that the official Presidential government is unaware of. 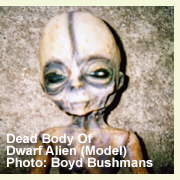 The Presidential government has several kinds of materials of extraterrestrial origin – dead bodies of dwarf beings (and possibly the Boyd Bushmans case showed one of the aliens in statue form) and destroyed space crafts that are non-functioning. The alien materials collected over the many decades came from mysterious crashes, archaeological excavations, accidental discoveries, etc. and this all started back in the 1920s. The Pentagon government has no dead bodies of extraterrestrial origin. All the hierarchy elites (old wealthy families – Rockefeller, Rothschild, secret societies, etc.) with clearance have access to see or use bits of the alien artifacts stored with the U.S. Presidential government. (In Texas there are a few secret bases that are managed privately and are operated by terrestrials and not by aliens as some believe.) The extraterrestrial DNA materials from these dead bodies are used in cloning – recreating living bodies that look extraterrestrial. These man-made alien lifeforms are jump started using Earth human female eggs. Using recombinant DNA technique, the egg is strip of the DNA that creates the body of the human being and replaced with the dwarf extraterrestrial DNA that creates that particular body form. The height of these dwarf extraterrestrials are under 5-feet.

When holographic brain recording was made workable, the terrestrial scientists tried to download the minds from long dead alien bodies, but failed. These aliens came from crashed spacecraft recovered, where some was found alive and some dead. At the time of the crash-recovery the U.S. did not have brain recording technology. The dead alien bodies were put in cold storage. (The possibility exists that a recording can be made from a body that was frozen for thousands of years if such a specimen was found in good condition and the body was handled properly. And besides copying/transplanting knowledge from the brain electronically, the brain’s knowledge can also be copied using a medical procedure. Research was done by Kaiser Aluminum & Chemical Corporation in the 1960s where a biopsy of the brain tissue was taken, processed and transplanted into a recipient’s brain. And over time the memories from the donor tissue was integrated into the recipient.) They had a chance to download two minds from not so long dead dwarf alien bodies from an emergency landing in South America in 1976, but I doubt it was successful. These aliens were human looking and the Boyd Bushmans case may have shown one of them in model form. They did not breathe oxygen and had to move around the Earth using air breathing apparatus breathing the air of their home planet in a distant galaxy. The Nazis found them and the ship, but the ship’s interstellar propulsion was damaged from sabotage and only the planetary anti-gravity propulsion was fully functional. The old Nazis used the craft for a short while before it was taken from them and destroyed.

THOMAS CASTELLO declaration about the Dulce Base; an excerpt:

Question: “Could you shed some light on the type of human the aliens (also known as man-made Earth aliens) are looking for when they abduct?”

Answer: “I can tell you that the most common are petite women in their early twenties or early thirties, dark haired boys between five to nine, small to medium size men in their mid-twenties to mid-forties. But, let me stress that there are ALL TYPES of people being held against their will in the Dulce Base! There are tall heavy men and women, teenagers, elderly folks and very young girls in the cages AND the vats. I only mention the most common age-size are the small young men and petite women. The boys (i.e. for lab-doubles) are favored because at that age their bodies are rapidly growing, and their atomic (i.e. DNA) material is adaptable in the transfer chamber. The young small women are frequently very fertile. The men are used for sperm. I have no idea why they prefer small to average size men.” (Editor: One of the reasons for the shorter stature selection of males and females from the Earth’s population is to match height and growth proportions with the dwarf extraterrestrial DNA. And one of the reasons for disproportionate limbs, etc. in dwarfism on the Earth is from the actual mating eons ago of short and tall stature extraterrestrials, where over time the DNA for height and body proportions, etc. in the descendants became mutated.) To see photo montage of the Dulce Base, click: See Dulce Photos