SPUTNIKNEWS – January 17, 2017: Chinese state media announced that by the end of the year it intends to put out a prototype of an exascale supercomputer that would be more than ten times as powerful as any existing machine, and would cement China as a world leader in supercomputing technology.

The team in Tianjin houses the Tianhe-I supercomputer, which in 2010 was the most powerful computer ever built, operating at 2.5 petaFLOPS. 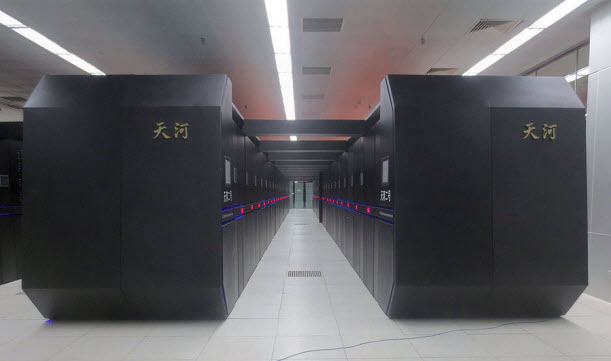 Seven years later, Tianhe-I has fallen out of the top ten most powerful supercomputers. That list is presently topped by the Sunway TaihuLight in Wuxi, China, which operates at 93 petaFLOPS, or over 35 times the power of Tianhe-I. At peak performance, Sunway TaihuLight can reach 124 petaFLOPS. It is also notable for using only Chinese-made microchips, making it the first top-level supercomputer to involve no US technology.

If the Tianjin team can successfully construct the Tianhe-3, the machine would equal the estimated processing power of the human brain. Link: Read Complete Article