SPUTNIKNEWS – May 12, 2017: Condoleezza Rice, the US national security adviser under President George W. Bush, said…in an interview with the Brookings Institution, said that the goal pursued by the United States during the 2003 invasion of Iraq, was to topple President Saddam Hussein, and not to bring democracy to the Middle Eastern country.

“We didn’t go to Iraq to bring democracy to Iraq we went to Iraq to overthrow Saddam Hussein… It was a security problem,” Rice, who also served as US secretary of state, said. Link: Read Complete Article

SPUTNIKNEWS – May 12, 2017: Former national security adviser Condoleezza Rice, one of the architects of the 2003 US invasion of Iraq, has admitted that bringing democracy to the Middle Eastern country was not the real priority. 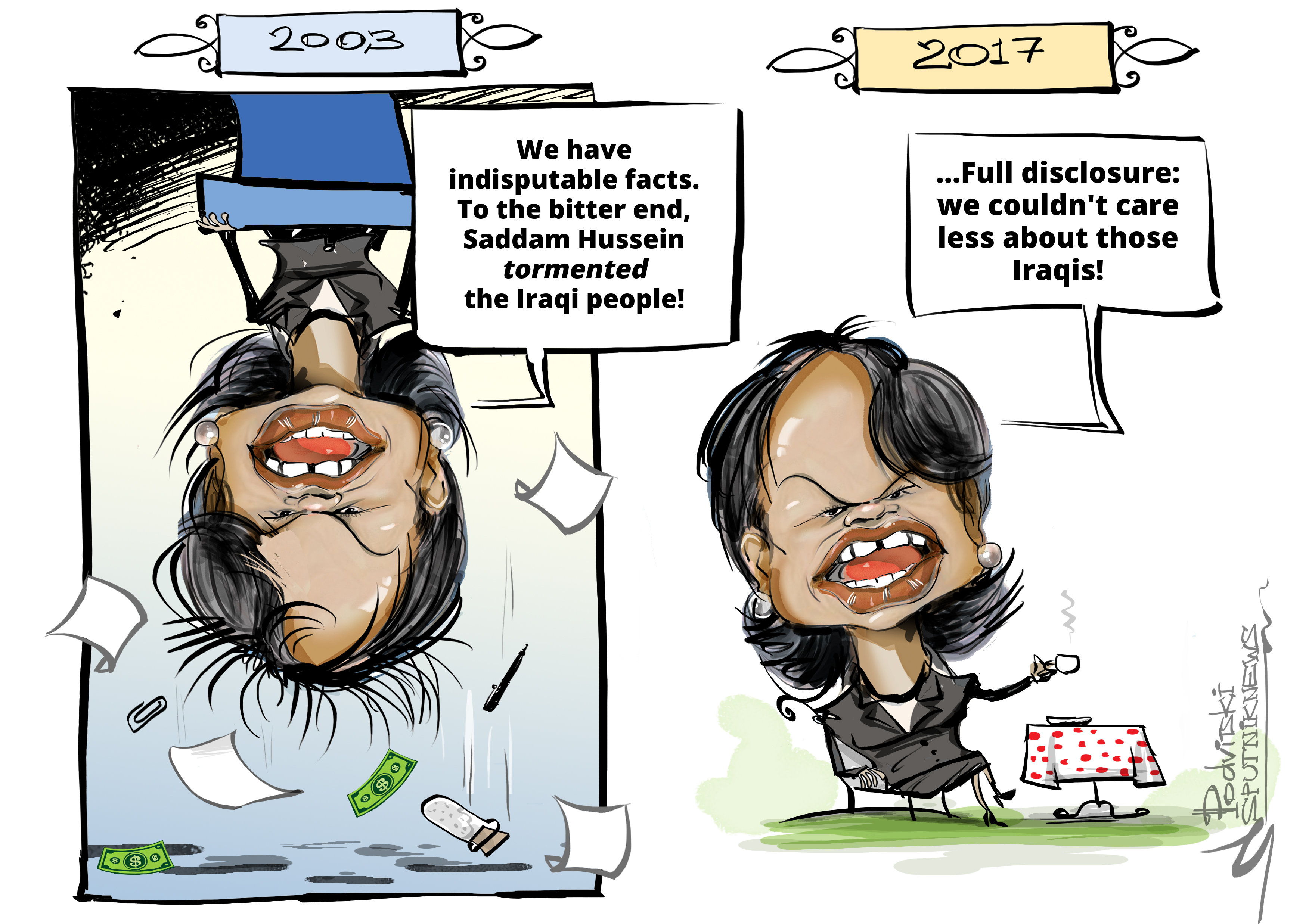 Speaking at a meeting at the Brookings Institution, a prominent DC think tank, Rice revealed that “security,” not democracy, was the real motivating factor behind the US invasions of both Afghanistan and Iraq.

Thus it has been demonstrated. Link: Read Complete Article