SPUTNIKNEWS – June 21, 2017: Russian sailors are now able to distort and mask their ships’ electromagnetic portrait with just one click of a button to make them less vulnerable to enemy torpedoes and mines. This is done with the help of supercapacitors, whose mass production has just been announced by the Navy, Izvestia wrote.

The crews will be able to carry out degaussing of a ship at sea in case of danger, thus misleading the enemy.

The new system has already been tested on the Ivan Gren landing ship.  (BATTLEFORWORLD: The United States equivalent is the Zumwalt-Class Destroyer.) 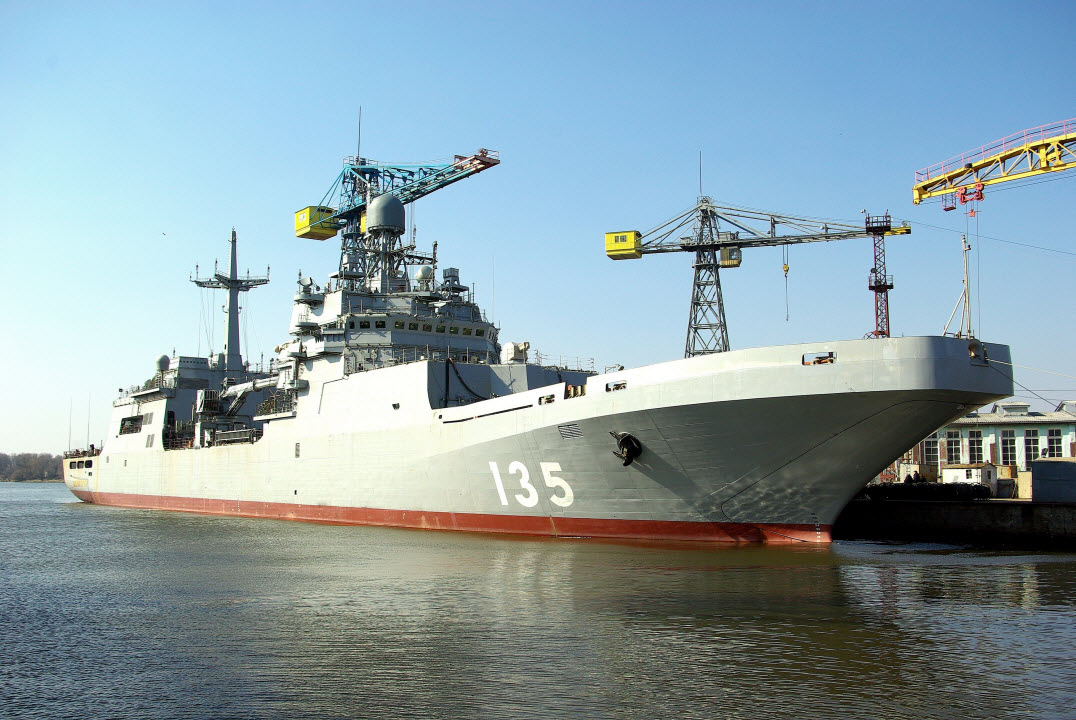 The standard energy storage devices currently used by the Navy have high specific power but low specific energy parameters. Degaussing systems based on them are heavy and are only available on a limited number of ships.

Unlike the bulky energy storage devices of the past, supercapacitors are the size of a regular car battery, but because they are integrated into the ship’s onboard equipment, they ensure a continuous process of demagnetization.

Developed for the Navy by the company TEAM, supercapacitors boast a power capacity of 100 kW/kg, can operate even at extreme temperatures and can be used on ships, aircraft and cars.

“In addition to its unique acoustic portrait, each ship also has an electromagnetic signature all its own. There are magnetic mines, torpedoes and even missiles with self-homing magnetic warheads,” Mozgovoy explained.

He added that new technologies considerably simplify the process of demagnetization, since everything is done with one click. This system also continuously monitors the state of the ship’s electromagnetic field.