WIKIWAND – June 21, 2017: The Zumwalt-class destroyer is a class of United States Navy guided missile destroyers designed as multi-mission stealth ships with a focus on land attack. The class emerged from the previous DD-21 vessel program, previously known as the “DD(X)”. The class is multi-role and designed for surface warfare, anti-aircraft warfare, and naval gunfire support. They take the place of battleships in filling the former congressional mandate for naval fire support, though the requirement was reduced to allow them to fill this role. The vessels’ appearance has been compared to that of the historic ironclad warship. (BATTLEFORWORLD: The Russian equivalent is the Ivan Gren landing ship.) 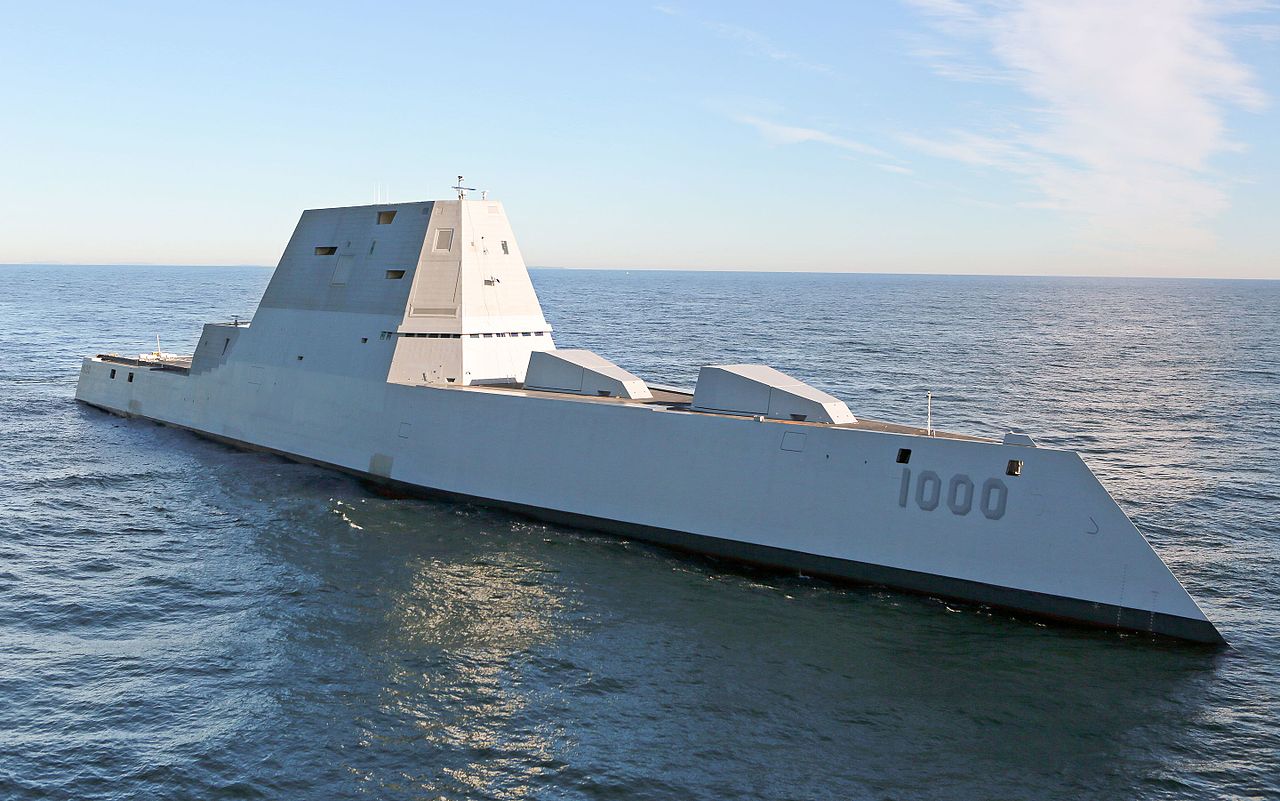 The class has a low radar cross-section; an integrated power system that can send electricity to the electric drive motors or weapons, the Total Ship Computing Environment Infrastructure (TSCEI), automated fire-fighting systems, automated piping rupture isolation or free-electron lasers. The class is designed to require a smaller crew and be less expensive to operate than comparable warships. It has a wave-piercing tumblehome hull form whose sides slope inward above the waterline, which has been stated to reduce the radar cross-section (RCS) by returning much less energy than a conventional flare hull form. The U.S. Naval Institute stated “the original design of the ship would have had a much smaller RCS, but cost considerations prompted the Navy over the last several years to make the trades in increasing RCS to save money… Link: Read Complete Article

US Navy’s Giant New Destroyer, The Zumwalt, To Be Fitted With Reflectors So Other Ships Can Spot It At Sea

DAILYMAIL – June 21, 2017: During sea trials last month, the Navy tested Zumwalt’s radar signature with and without reflective material hoisted on its halyard, he said.

The ship has electric propulsion, new radar and sonar, powerful missiles and guns, and a stealthy design to reduce its radar signature. Link: Read Complete Article