ZEROHEDGE (Submitted by David Stockman) – June 23, 2017: So let’s start with an obvious point about the whole Russia fiasco… 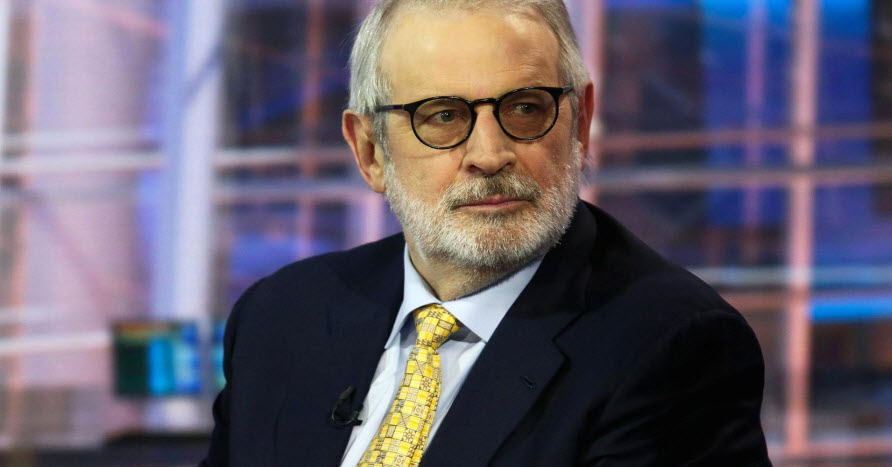 Namely, there is no “there, there.” First off, the president has the power to declassify secret documents at will. But in this instance he could also do that without compromising intelligence community (IC) “sources and methods” in the slightest.

That’s because after Edward Snowden’s revelations in 2013, the whole world was put on notice — and most especially Washington’s adversaries — that it collects every single electronic digit that passes through the worldwide web and related communications grids.

Washington essentially has universal and omniscient SIGINT (signals intelligence). Acknowledging that fact by publishing the Russia-Trump intercepts would provide new knowledge to exactly no one.

Nor would it jeopardize the lives of any American spy or agent (HUMINT). It would just document the unconstitutional interference in the election process that had been committed by the U.S. intelligence agencies and political operatives in the Obama White House.

That pales compared to whatever noise comes out of Langley (CIA) and Ft. Meade (NSA). And I do mean noise.

Yes, I can hear the boxes on the CNN screen harrumphing that declassifying the “evidence” would amount to obstruction of justice! That is, since Trump’s “crime” is a given (i.e. his occupancy of the Oval Office), anything that gets in the way of his conviction and removal therefrom amounts to “obstruction.”

Given that he is up against a Deep State/Democratic/Neoconservative/mainstream media prosecution, the Donald has no chance of survival short of an aggressive offensive of the type I just described.

But that’s not happening because the man is clueless about what he is doing in the White House. And he’s being advised by a cacophonous coterie of amateurs and nincompoops. So he has no action plan except to impulsively reach for his Twitter account.

That became more than evident — and more than pathetic, too — when he tweeted out an attack on his own Deputy Attorney General, Rod Rosenstein. At least Nixon fired Elliot Richardson (his Attorney General) and Bill Ruckelshaus (Deputy AG):

Alone with his Twitter account, clueless advisors and pulsating rage, the Donald is instead laying the groundwork for his own demise. Were this not the White House, this would normally be the point at which they send in the men in white coats with a straight jacket.

Indeed, that’s essentially what the Donald’s so-called GOP allies on the Hill are actually doing.

RussiaGate is a witch hunt like few others in American political history. Yet as the mainstream cameras and microphones were thrust at one Congressional Republican after another following the Donald’s outburst quoted above, there was nary an echo of agreement.

Even Senator John Thune, an ostensible Swamp-hating conservative, had nothing but praise for Special Counsel Robert Mueller, that he would fairly and thoroughly get to the bottom of the matter.

Mueller is a card-carrying member of the Deep State who was there at the founding of today’s surveillance monster as FBI Director following 9/11. Since the whole $75 billion apparatus that eventually emerged was based on an exaggerated threat of global Islamic terrorism, Russia had to be demonized into order to keep the game going — a transition that Mueller fully subscribed to.

So he will “find” extensive Russian interference in the 2016 election and bring the hammer down on the Donald for seeking to prevent it from coming to light. The clock is now ticking. And his investigatory team is being packed with prosecutorial killers with proven records of thuggery. They’re determined to find crimes that create fame and fortune for prosecutors — even if the crime itself never happened.

For example, Mueller’s #1 hire was the despicable Andrew Weissmann. This character had led the fraud section of the department’s Criminal Division and served as general counsel to the F.B.I. when Mueller was its director. And more importantly, Weissmann was the driving force behind the Enron task force — the most egregious exercise in prosecutorial abuse and thuggery in 100 years.

Meanwhile, the GOP leadership could not be clearer about what is coming down the pike.

They are not defending Trump with even a hint of the vigor and resolve that I recall from the early days of Tricky Dick Nixon’s ordeal. Of course, Nixon didn’t survive anyway.

Instead, it’s as if Paul Ryan, Mitch McConnell, et al. have offered to hold his coat, while the Donald pummels himself with a 140-character Twitter Knife that is visible to the entire world.

So there should be no doubt. A Great Big Coup is on the way.

But here’s the irony of the matter: Exactly four years ago in June 2013 no one was seriously demonizing Putin or Russia. In fact, the slicksters of CNN were still snickering about Mitt Romney’s silly claim during the 2012 election campaign that Russia was the greatest security threat facing America.

But then came the Syrian jihadist false flag chemical attack in the suburbs of Damascus in August 2013 and the U.S. intelligence community’s flagrant lie that it had proof the villain was Bashar Assad.

To the contrary, it subsequently became evident that the primitive rockets that had carried the deadly sarin gas, which killed upwards of 1500 innocent civilians, could not have been fired from regime held territory. The rockets examined by UN investigators had a range of only a few kilometers, not the 15-20 kilometers from the nearest Syrian base.

In any event, President Obama chose to ignore his own red line and called off the bombers. That in turn paved the way for Vladimir Putin to persuade Assad to give up all of his chemical weapons — a commitment he fully complied with over the course of the next year.

Needless to say, in the eyes of the neocon War Party, this constructive act of international statesmanship by Putin was the unforgivable sin. It thwarted the next target on their regime change agenda — removal of the Assad government in Syria as a step toward an ultimate attack on its ally, the Shiite regime of Iran.

So it did not take long for the Deep State to retaliate. While Putin was basking in the glory of the 2014 winter Olympics at Sochi, the entire apparatus of Imperial Washington — the CIA, the National Endowment for Democracy, the State Department and a long string of Washington funded NGOs — was on the ground in Kiev assisting the putsch that overthrew Ukraine’s constitutionally elected President and Russian ally.

From there, the Ukrainian civil war and partition of Crimea inexorably followed, as did the escalating campaign against Russia and its leader.

So as it turned out, the War Party could not have planned a better outcome — especially after Russia moved to protect its legitimate interests in its own backyard resulting from the Washington-instigated civil war in Ukraine. That included protecting its 200-year old naval base at Sevastopol in Crimea.

The War Party simply characterized these actions falsely as acts of aggression against Russia’s European neighbors.

There is nothing like a demonized enemy to keep the $700 billion national security budget flowing and the hideous Warfare State opulence of the Imperial City intact. So why not throw in an allegedly “stolen” U.S. election to garnish the case?

In a word, the Little Putsch in Kiev is now begetting a Great Big Coup in the Imperial City.

This is a history-shattering development, but don’t tell the boys and girls and robo-machines on Wall Street.

So if there was ever a time to take advantage of the day traders and robo-machines which linger in the casino, now would be the occasion to sell, sell, sell. Once the breakdown starts there will be no respite from the implosion. Link: Read Article