RT – August 9, 2017: This is a human story that has nothing to do with politics – Russian lawyer who met Trump Jr. to RT

The Russian lawyer at the center of a ‘collusion scandal’ with Donald Trump’s election campaign team has been giving more details about the pressure she faces from the president’s opponents and the US media. Last month, Natalia Veselnitskaya was dragged into the row over claims that Russia interfered in the US election, over a meeting with the president’s son. Today she is speaking exclusively, and in-depth, to RT about how the mainstream media is handling her story.

NYTIMES – August 10, 2017: William Browder (BATTLEFORWORLD: Bolshevik-Zionist-Rothschild Agent), a American-born, Jewish tycoon, hedge fund manager who has tussled repeatedly with Ms. Veselnitskaya, said of the elder Mr. Katsyv: “In the world of Russia he’d be the equivalent of a Chris Christie: no formal relationship to the Kremlin, but with very strong relations to the powers that be.”

RT – August 10, 2017: Browder launched a massive campaign against Russian authorities and is reportedly behind the US initiative, the Magnitsky Act adopted in 2012, which led to a chill in Moscow-Washington relations triggering tit-for-tat measures from Russia. The document, known as the Magnitsky list, featured Russian individuals allegedly involved in Magnitsky’s imprisonment and death and imposed sanctions on them. It banned entry to the US to the sanctioned individuals and froze their assets in the country. 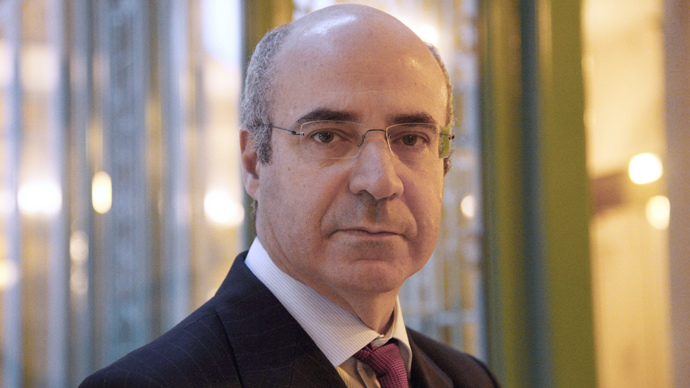 “Browder has conducted a highly-successful public relations campaign to say that he is ‘an honest fellow’ who has been subject to persecution in Russia,” Cymrot said.

In his anti-Russian campaigning the Hermitage Capital head went as far as suggesting that Moscow was “apoplectic” over sanctions imposed on several officials under the Magnitsky Act, and if he got “assassinated, everyone will know who did it,” he told CNBC last year.

“We believe that [Browder] is a tax-cheat who didn’t pay $17 million in taxes and is running away from the warrant for his arrest for a criminal conviction,” Cymrot noted.

Prevezon wants the British businessman to “answer hard questions about his tax-cheating in Russia and other aspects of his operations to show that he has no credibility and should not be a witness or even a source for the US attorney to rely upon for the lawsuit that they have” filed against the company, the lawyer told RT.

This, he said, is “very telling because the Treasury Department doesn’t seem to think there is sufficient evidence to put them on the Magnitsky list”.

The very lawsuit is, however, “part of the Magnitsky Act, and part of Browder’s successful campaign in the West”.

In his words, the Prevezon case is “rather simple” – the company “received no money stolen from the Russian Treasury and the US attorney can’t prove that they did”.

Meanwhile, Browder continues his anti-Kremlin campaign, including on twitter, where basically all his posts in past several weeks are Russia-related.

William Browder is a former Magnitsky boss and a vocal anti-Kremlin campaigner whose claims are believed to be the only evidence in a Russian money laundering case in NY. However, he is “fighting hard” to avoid testifying in US court, lawyers say.

Browder is a US-born national with UK citizenship and a co-founder and CEO of Hermitage Capital Management investment advisory firm.

The businessman was summoned to a New York court as the principal witness to testify in the US government case against a Prevezon Holdings, a company owned by Russian citizen Denis Katsyv.

The company is accused of laundering a portion of money from $230 million stolen through a tax fraud scheme from Russian treasury. The court hearing is scheduled for August 15.

US prosecutors earlier demanded that all the company’s assets in the New York be seized.

The lawsuit against Prevezon Holdings was launched after being lobbied by Browder in September 2013, four years after Hermitage Capital lawyer Sergey Magnitsky died in pre-trial custody in Moscow.

Browder’s statements and unsigned articles on the internet were the main sources the Russian money laundering case was based on, according to Prevezon Holdings. That is why the firm insisted on summoning the Hermitage Capital CEO to court to testify.

However, Prevezon lawyers say, Browder does not want to appear in court and has been doing everything to avoid being served with a subpoena.

Mark Cymrot, one of the defense lawyers in the case, told RT that on a number of occasions Browden refused to take the subpoena they prepared. On one such occasion, he “physically ran away” when they attempted to hand over the document to him in a public place in Aspen, Colorado.

“We also served subpoenas on Hermitage, and the Delaware Corporation – affiliate of Browder’s fund – which shows on its records that he is a director,” Cymrot said. In response, Browder applied to court, saying that the filings with the Securities and Exchange Commission saying he is a director at the company were inaccurate, the lawyer said, adding that the move was again aimed at avoiding the subpoena.

“We understand that he will contest that he ever lawfully got the subpoena. And that will be decided by the court,” Cymrot said. “He is fighting very hard not to answer hard questions that we have for him.”  Link: Read Complete Article

In 2005, he was returning to Russia when he was stopped at the airport and denied entry to the country. Interior Ministry officials raided his Moscow offices, and his lawyer, Sergei Magnitsky, who had suspected the authorities of a plot to steal the assets of Browder’s company, was arrested and jailed. Magnitsky was held for eleven months in pre-trial detention, where he suffered from health ailments including abdominal pains and vomiting—possibly a sign of acute pancreatitis. He died in a Moscow prison in 2009. (Putin has denied knowledge of “who this Mr. Browder is,” while Russian authorities allege that Browder’s lawyer was the one attempting to scam the state.)

“I have to feel a little sorry for the good-hearted technology executives who are being wooed to take part in [the Innograd] project,” says Browder, who is now a British citizen and lives in London. “I’m sure they have no idea, even in their wildest imaginations, how pervasive the danger, corruption, and criminality are in Russia. (BATTLEFORWORLD: That is because the Russian government will not tolerate corruption and criminality doings by corporations like that which is so rampant in the United States, England, Europe, etc. where corporations scam countries and are carving out a platform for one world government. Browder realizes that the Russian government was not in that business.)

If these people were able to see even five percent of what I’ve experienced in Russia, they would run so fast from this invitation, it would make the Russians’ heads spin.” Link: Read Complete Article

RT – October 18, 2017: Natalya Veselnitskaya, dubbed a “Kremlin lawyer” in the US media because of her meeting with President Trump’s son, has told RT that the Magnitsky Act against Russian officials came about as the result of a fraudulent investor’s political maneuvering.

A four-page memo Veselnitskaya brought to her meeting with Donald Trump Jr, dated May 2016, was published in full by Foreign Policy magazine on Monday. Previously, CNN had cited excerpts from the Russian lawyer’s talking points.

Veselnitskaya confirmed to RT the authenticity of the memo, saying that she was the one who gave it to the media.

“I personally gave this memo to the journalist, I can’t recall her name, this is the translation that I prepared for myself before my trip to the US last year,” she said.

The four-page analysis focuses on the backstory of the Magnitsky Act, a bill that allows the US to seize assets from Russians accused of human rights abuses and bar them from entering the country.

Veselnitskaya claims that it was a result of “a massive three-year lobbying campaign” driven by the CEO and founder of the Hermitage Capital fund, Bill Browder, “a fugitive criminal accused of tax fraud in Russia.”

By adopting the legislation in December 2012, the US lawmakers promoted “the never-existent story of a ‘lawyer,’ Sergey Magnitisky, who allegedly exposed corruption crimes and embezzlement from the Russian treasury, for which he was arrested, tortured and beaten to death,” she wrote.

According to her investigation, the largest investor in the companies associated with Browder was ZIFF Brothers Fund, known for its close ties to Democrats. “It cannot be ruled out that they also financed the Hillary Clinton campaign,” Veselnitskaya wrote in the only reference to the last year’s presidential campaign that could be found in the memo.

Speaking to RT, Veselnitskaya stressed that “the only truth” about the Magnitsky case is the losses inflicted on the Russian state budget due to tax evasion and other illegal financial activities orchestrated by Browder and the fact of a tragic death of the tax accountant, used by Browder to champion his anti-Russian cause.

“What happened in the US in 2012 was pure politics. There is nothing about the real story of Sergey Magnitsky,” she said, adding that she is interested in unveiling the truth about the Magnitsky Act because it affects her client, Denis Katsyv, owner of Prevezon Holdings, and not because she is on some campaign against anti-Russia sanctions.

“Just to make it clear, I was never against any sanctions because they don’t involve my client, but I am against manipulating facts. I am against how the authorities have not investigated the story behind the Magnitsky Act,” she said.

Magnitsky was a prime suspect in a tax evasion scheme when he died in a pre-trial detention center in 2009. Veselnitiskaya said that his death was the “climax” of Browder’s lobbying campaign.

She went on to argue that Browder has been using the new spiraling anti-Russia hysteria in the US mainstream media to portray her as an agent of the Kremlin.

“Browder is spinning a story of espionage, of a “Kremlin hand,” but those documents I have are the results of the investigation,” she said, adding that any information she obtains in the course of her own investigation she is sharing with Russian prosecutors and American lawyers. Link: Read Complete Article