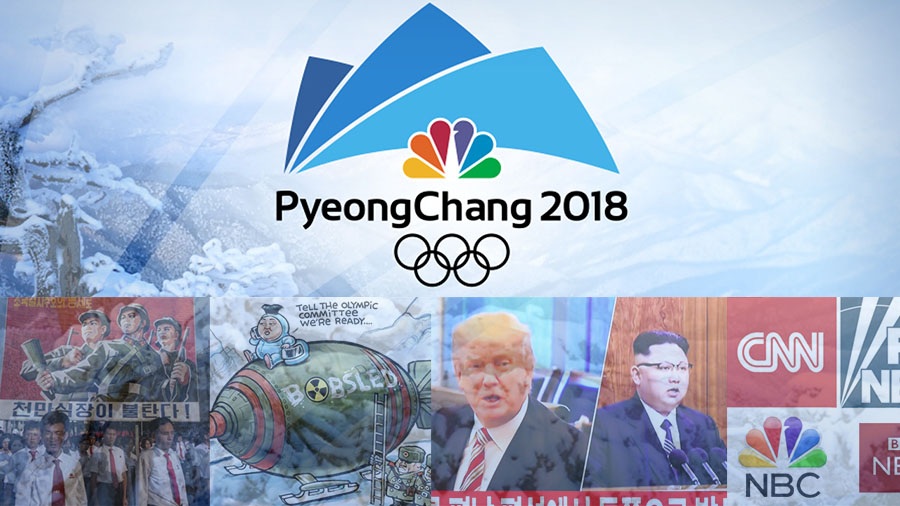 PJMEDIA – January 2, 2018: Former Secretary of State Henry Kissinger warned Congress last week against potential military intervention near Russian and Chinese borders without the world’s support, and said that he agrees with the aggressive statements President Trump has fired at North Korea.

The Trump administration stance is that North Korea would cross a red-line if it developed nuclear capability for its intercontinental ballistic missile program, but policy officials and military experts are claiming that North Korea has already crossed that line, or is at least very close to putting nuclear warheads on its missiles.

Kissinger offered his thoughts on the impending military earthquake in which the administration may consider pre-emptive military action or increasingly tighter sanctions against the regime. And said that “But in any event, my own thinking, I would be very concerned by any unilateral American war at the borders of China and Russia, in which we are not supported by a significant part of the world, or at least of the Asian world.”

BATTLEFORWORLD – February 2, 2018:  Something to ponder as a possibility after reading an article published in the Washington Post about defectors from North Korea meeting with President Trump on February 2, 2018 at the White House. And so the saga-movement continues to find ways to dispose of Kim Kong-un. Keeping with the western tradition of drama, the ruling elites’ media outfit is to continue with their tried and tested mantra of human rights violations to be highlighted against the North Korean leader. And questions have to be asked: Will the winter Olympics scheduled for February 9 to 25, 2018 in Pyeongchang County, South Korea be politicized? Will there be defectors from among the North Korean Olympic games participants/delegation? And will the west seized on the opportunity to grab public attention during and/or after the Olympics to continue pressure on Kim Kong-un?

President to meet with defectors in Oval Office

WASHINGTONPOST – February 2, 2108: The news is reporting that President Trump met with North Korean defectors in the Oval Office on Friday and that it is seen as a provocative action meant to highlight human rights violations and one that could raise alarms in North Korea.

Trump welcomed eight defectors — six who now live in South Korea and the two who live in the United States — two days after delivering his State of the Union address in which he praised Ji Seong-ho, a defector from North Korea who had been invited to watch the address from the first lady’s box. He was among the group at the White House on Friday to meet with the president.

During the brief remarks to reporters, Ji, seated next to Trump, said some of the defectors had remained in another room out of sight from the television cameras because they remain fearful for their safety. “They are petrified to be here,” Trump said. “It’s tough stuff.” …

USATODAY – February 6, 2018: The organizing committee for the Pyeongchang Olympics has called in 900 military personnel after more than 1,200 security workers were pulled off duty because of concerns about the spread of the Norovirus. …Later Tuesday evening, the organizing committee said 32 cases of Norovirus had been confirmed and those people were quarantined after being treated. Those 32 cases involve 21 private security staff members from the Horeb Youth Center and 11 people from other locations, including three foreigners.

SPUTNIKNEWS – February 2, 2018: The New York Times reported that the US Department of Defense (DoD) has been slow to release details regarding war plans with the White House as they fear US President Donald Trump may actually use them.

On Friday (February 2), the Times said that the DoD has been “worried that the White House is moving too hastily toward military action on the Korean Peninsula that could escalate catastrophically” and that “giving the president too many options… could increase the odds that he will act.”

According to the Times’ anonymous source, the Defense Secretary James Mattis and Chairman of the Joint Chiefs of Staff (JCS) Gen. Joseph Dunford, Jr. are both heavily opposed to the use of force on the Korean Peninsula, as military action could have cataclysmic consequences.

Trump during his State of the Union speech on Tuesday, made statements suggesting that he was amenable to such thinking. “North Korea’s reckless pursuit of nuclear missiles could very soon threaten our homeland,” he said. And that “We are waging a campaign of maximum pressure to prevent that from happening. Past experience has taught us that complacency and concessions only invite aggression and provocation. I will not repeat the mistakes of past administrations that got us into this dangerous position.”

Could North Koreans defect during the Winter Olympics?

GLOBALNEWS –  February 2, 2018: North Korea will be sending more than 400 people to the Winter Olympics in PyeongChang, South Korea, in February, officials confirmed Wednesday. The two countries will march together under a unified flag in the opening ceremony.

At least one third of the delegation will be intelligence agents or working in intelligence-related jobs, estimated Greg Scarlatoiu, executive director of the Committee for Human Rights in North Korea, a Washington-based human rights organization. He admits this is a “wild guess” but expects that there would be one intelligence minder for every two or three participants. And the big reason: possible defections. There are roughly 31,000 North Korean defectors living in South Korea, and more than 1,000 people have defected every year over the last five years.

DAILYMAIL – February 4, 2018: Doping scandal hits the Winter Olympics as the Russians are highlighted based on the falsified Mclaren Report by Richard McLaren. And the sticky fingers behind the report are not happy that the Russian skier Alexander Legkov had his life-time ban overturned.

The DailyMail article emphasized:
The likely worst offender was Russia, which has been banned from competing under its own flag at the Olympics, and topped the list of cheating countries.

Organisers (BATTLEFORWORLD: from the West where the Mclaren Report originated?) had hoped for a fresh start following the 2014 Sochi Games, during which Russian secret agents tampered with blood test scores in laboratories.

Now, the Russian Olympic Committee is pushing for many of the same competitors to be allowed to compete in South Korea — including cross-country skiing gold medallist Alexander Legkov.

Text footnoted below the pictures noted: Organisers had hoped for a fresh start following the 2014 Sochi Games, during which Russian secret agents tampered with blood test scores in laboratories. And another, said: The worst offender was Russia, which has been banned from competing under its own flag at the Olympics, and topped the list of cheating countries.

But Russia topped the list with a total of 60 medals awarded to athletes who may have been using banned substances.

(BATTLEFORWORLD: Apparently, the Olympic troublemakers were not happy about The Court of Arbitration for Sport overturning their dishonest ruling. And the decision is seen as a blow to the credibility of the Olympic committee’s management of the doping affair.)