TELEGRAPH – February 8, 2018: The investor George Soros, the billionaire known as the man who “broke the Bank of England”, is backing a campaign to overturn Brexit, the Telegraph can disclose.

Soros is one of three senior figures linked to the Remain-supporting campaign group Best for Britain who plan to launch a nationwide advertising campaign this month, which they hope will lead to a second referendum to keep Britain in the EU.

It also plans to target MPs and convince them to vote against the final Brexit deal to trigger another referendum or general election, according to a strategy document leaked from a meeting of the group. 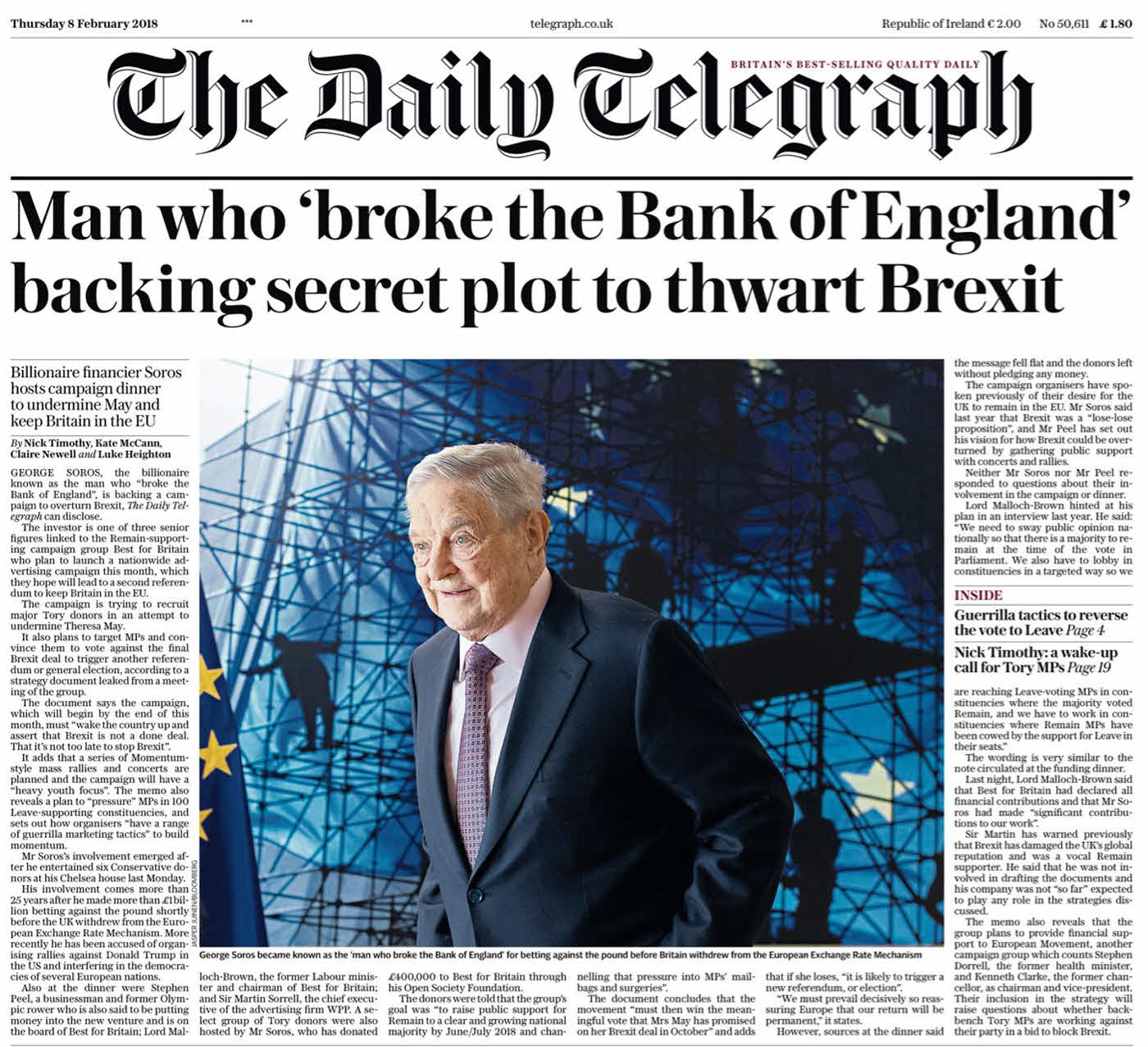