THESUN / SPUTNIKNEWS – February 15, 2018: A young man who goes by the name of Noah claims that he has traveled into the future to the year 2030.  He has passed a lie-detector test giving more credibility to his story and makes it more believable to the general public. Time travel has been around since 2003 and will be officially revealed to the world in 2028, he says.

From this timeline regarding what the near future holds he has made several predictions:  The current President Donald Trump will be reelected for a second term as president. In an announcement from his future time on an Australian radio station Martin Luther King Jr’s granddaughter was elected president in America in 2030. Advances are made in AI (Artificial Intelligence) and virtual reality technology is available in more public applications, and renewable energy is widespread, and that Google’s Glass-style device will be worn by everyone.

There have been other time travelers 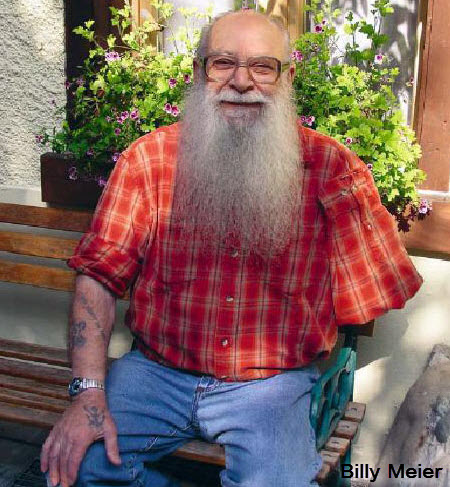 A Swiss farmer by the name of Billy Meier claimed he was taken into outer space by extraterrestrials and has hundreds of photographs and several videos of his experience as evidence and has also traveled back in time to meet the historical character Jmmanuel/Emmanuel known as Jesus Christ in the Christian bible. A free PDF book about the case can be found here.

A man by the name of Håkan Nordkvist came home from work in the afternoon on August 30th to find water on his kitchen floor from a leak. He got his tools and opened up the doors to the sink and started to work. When he reached inside to examine the pipes they seemed to be further in than he remembered. He had to crawl inside the under sink cabinet to discover that it just continued on. So he kept on crawling further and further into the cabinet. At the end of the tunnel he saw a light and when he got there, he realized that it was in the future. He claimed that he meet himself as a 72-year old in the year 2042. The traveler said that he did a lot of tests on his future-self to see if he was really him. And the strange thing was, he said, he knew everything about me. Where I hid my secret stuff, when I was in the first grade, and what the score was in the soccer match against Växjö Norra in the summer of 1988. He knew it all about me. And that they even had the same tattoo, although his, the future-self, was a little faded. He was told some things about stuff that will happen in the future. And the more sensitive information he promised not to tell anyone. While in that future time, he made a video recording with his mobile camera phone of himself together with his future-self. The camera quality was not the best, he said, but clearly viewable and that it’s what he has got from the future as evidence. And said that he doesn’t care if people think he’s a lier, and knows that he’s not. He met himself in the future and is was fine with that reality. His story and video here for viewing.

Reference article hints about a possible second term for President Trump in the White House.