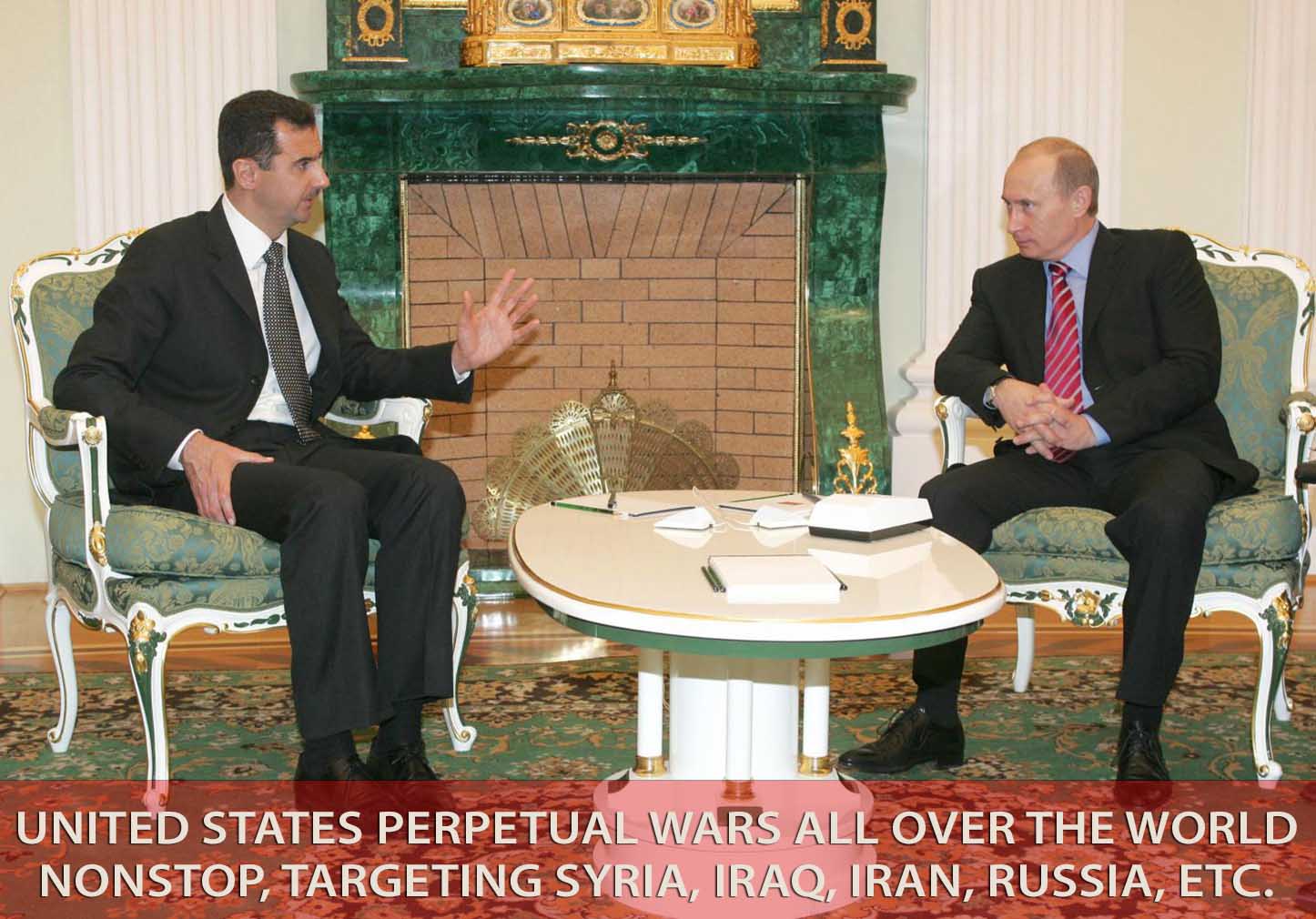 RT – February 19, 2018: US troops must immediately shut down their zone of control in southern Syria in the area of Al-Tanf, Russian Foreign Minister Sergey Lavrov suggested when asked what can be done to further help the Syrian peace settlement.

Lavrov is referring to an area on Syria’s border with Jordan and Iraq, which the US declared to be under its protection last year despite being in the country of Syria illegally. (BattleForWorld: What totalitarian brazenness, to penetrate into a sovereign country without permission.) Also in the area-zone is the Rukban refugee camp. And the facility from observation is being used by radical militants, including members of UN-designated terrorist group known best by its former name Al-Nusra Front, to recover and raid other parts of Syria, Lavrov highlighted at the Valdai Club conference on the Middle East in Moscow. The US is turning a blind eye under the disguise of protection concealing such abuses.

Lavrov continues:
“Inside the Al-Tanf zone, which the Americans unilaterally declared under their protection, and inside the refugee camp jihadists are regularly reported to recover strength. On several occasions they conducted raids from there into other territory of the Syrian Arab Republic. This zone must be shut down immediately,” the Russian minister said.

Ankara and Turkish media reports claimed earlier that a pro-Syrian government convoy that attempted to enter Afrin had been forced to retreat after being targeted by Turkish forces.

THEGUARDIAN – February 21, 2018: The Syrian Kurdish YPG militia has said Turkish forces have fired about 70 shells at Kurdish villages in the Afrin region of north-western Syria, as Ankara said its threatened military assault was “de facto” under way.

The bombardment from Turkish territory began at around midnight and continued into Friday morning. Turkey considers the Syrian Kurdish militia as an extension of Kurdish rebels fighting Turkey and has vowed to attack their Afrin enclave, massing troops and tanks on its border for several days.

SPUTNIKNEWS – February 21, 2108: The US-led coalition is often accused of supporting terrorist groups in Syria, including organizing safe passage and extraction from encirclements and hot zones. Videos have appeared on YouTube and Facebook allegedly showing the process of transportation of the terrorists.

The source from the town of al-Hasakah (north-east part of Syria) has told Sputnik on the condition of anonymity that local people have witnessed US helicopters landing multiple times on the territory of the local prison, controlled by Kurds, a then leaving. According to the source, they were taking away some of the Daesh (banned in Russia) terrorists, detained in that prison. There have also been reports of US military bringing munitions to this prison.

DAILYNEWS – February 18, 2018: The al-Nusra terror group will be the main issue to resolve in Syria in the post-Islamic State of Iraq and the Levant (ISIL) period, Turkish President Recep Tayyip Erdoğan has said, and that targeting al-Nusra constitutes the “real pillar” of the ongoing Turkish-Russian operation in rebel-held Idlib.

“After DAESH [an Arabic acronym for ISIL], the real issue will be local terror organizations such as al-Nusra. Some [local groups] will recede while others [ISIL] will go away entirely. We want locals to return to their lands in Iraq and Syria. We encourage moderate opposition groups, the Free Syrian Army [FSA], to stake a claim on their lands,” Erdoğan told reporters while returning from a trip to Azerbaijan late on Oct. 31, 2017.

BLOOMBERG – February 21, 2018: U.S. forces killed scores of Russian mercenaries in Syria last week in what may be the deadliest clash between citizens of the former foes since the Cold War, according to one U.S. official and three Russians familiar with the matter.

More than 200 contract soldiers, mostly Russians fighting on behalf of Syrian leader Bashar al-Assad, died in a failed attack on a base held by U.S. and mainly Kurdish forces in the oil-rich Deir Ezzor region, two of the Russians said. The U.S. official put the death toll in the fighting at about 100, with 200 to 300 injured, but was unable to say how many were Russians.

Russia Tells U.S. Military to Get Out of Syria

NEWSWEEK – February 21, 2018: Russia ramped up its calls for the U.S. military to depart from Syria on Thursday, contending it had no substantial reasons to be in the country and its presence there “must end.”

“Any reasons cited by the Americans to justify their further military presence… are just excuses, and we think their presence must end,” Alexander Lavrentiev, Russian President Vladimir Putin’s envoy to Syria, told reporters. Lavrentiev was in Astana, Kazakhstan, on Thursday ahead of peace talks regarding the Syria conflict between Russia, Iran and Turkey, Reuters reported. Russia, a major ally of Syrian President Bashar al-Assad, has played a significant role in the Syria conflict.