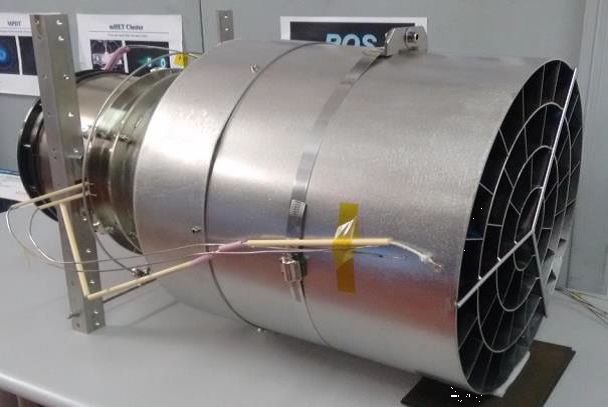 ESA – March 8, 2018: The European Space Agency is reporting that an ESA-led team has built and fired an electric thruster that ingests scarce air molecules from the top of the atmosphere for propellant. The breakthrough propulsion could open the way to satellites flying in very low orbits for years on end.

“This project began with a novel design to scoop up air molecules as propellant from the top of Earth’s atmosphere at around 200 km altitude with a typical speed of 7.8 km/s,” explains ESA’s Louis Walpot.

A ‘particle flow generator’ provided the oncoming high-speed molecules for collection by the Ram-Electric Propulsion novel intake and thruster.  The system uses no valves or complex parts – everything works on a simple, passive basis. All that is needed is power to the coils and electrodes, creating an extremely robust drag-compensation system. (BattleForWorld: This type of propulsion system is not unique to Earth as similar designs exist in the universe that are over many thousands of years older and the scientists of Earth are just waking up in knowledge to this possibility. The design is at the beginning stages and is still primitive, but will improve with time.)

The challenge was to design a new type of intake to collect the air molecules so that instead of simply bouncing away they are collected and compressed. (BattleForWorld: And the air intake design will improve over time away from the regular turbofan engine.)