BATTLE FOR WORLD – March 16, 2018: From this beginning, the introduction of the Skripal case was to start propaganda war against Russia. The UK had no interest about finding out the truth and chose to promote the case in public energetically using allegations and probability phrases forcing lies into truth to manipulate the public, to try and turn public opinion against Russia. Trying to meddle and influence Russia’s internal affairs and you have the UK and the US accusing Russia of the same. We saw the same modus operandi used against President Trump with Russian collusion. A saga that has thus far revealed nothing in truth, but only assertions and innuendos created from lies, and the sad part about this drama is that many of the individuals issuing utterances are aware of the law. It appears that the new form of law now operating in the West is now based on accusations in public media campaigns. And you can be certain that many more Russian agents will be poisoned by the British trouble-making faction at the appropriate time to start new lying campaigns against Russia. The 666-beast exerting its power carelessly for geopolitical scores.

“We will crank up pressure on the British government over this issue. We will not allow them leave this track for sure,” he said.

Yakovenko believes that Britain has been using the affair of former GRU Colonel Sergey Skripal for distracting attention from internal problems.

The government has been trying to think up evasive maneuvers in order to ease the pressure of Brexit. This sort of aggression and political provocation that has been employed on the Russian track are very handy,” Yakovenko said.

(In the “enhanced” Silent Revolution Of Truth Compilation Edition, the free PDF book: Download and read why the United States, the UK and their allies want Russia to go away and shut up, page 1415. And how the US is mad with power to ultimately bring about world dictatorship, page 1412. Note: Use the page number display located at top right to find the correct page. UPDATED, PDF Format – Links: Book Summary | and Download Book )

SPUTNIK NEWS – March 15, 2018: Speaking in Bristol on March 15, the British Defense Minister Gavin Williamson commented on what Russia might do in retaliation to the expulsion of 23 Russian diplomats from the UK. “What we will do is look at what Russia responds to what we have done. It’s absolutely atrocious what Russia did in Salisbury. We have responded to that. Frankly, Russia should go away and should shut up. But if they do respond to the action we have taken, we will considerate it carefully and we will look at our options but it would be wrong to prejudge our response,” Williamson replied. 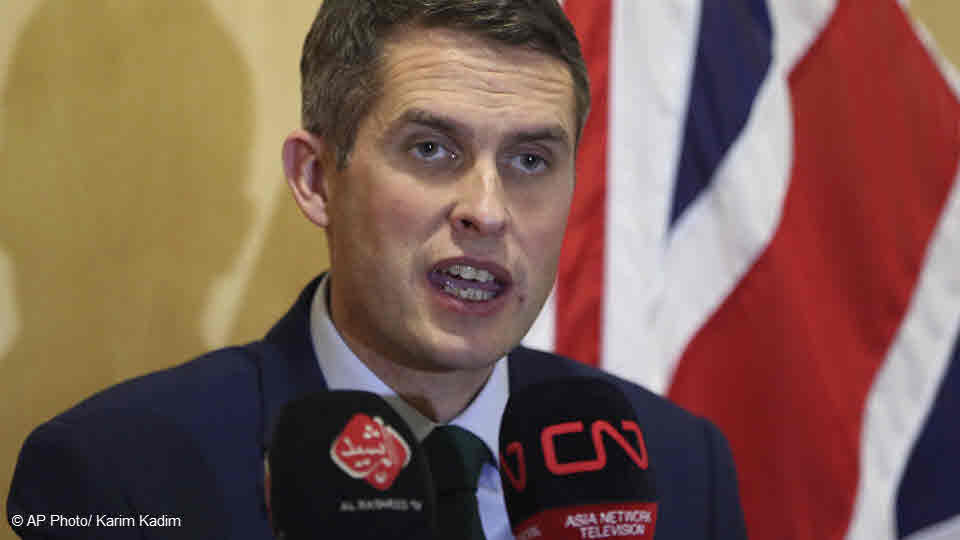 RT – March 17, 2018: The substance used in the poisoning of Sergei Skripal most likely originated from the countries studying the “Novichok” nerve agent, including the UK, Slovakia, the Czech Republic and Sweden, the Russian Foreign Ministry said.

SPUTNIK NEWS – March 16, 2018: The Russian Investigative Committee has opened a criminal probe into nerve agent attack on the daughter of ex-spy Sergei Skripal and the murder of former Aeroflot executive Glushkov.

As the committee specified, they were ready to cooperate with British colleagues to investigate both attacks.

TASS – March 20, 2018: Moscow is sorry that the United Kingdom has opted to stoop so low as to vilify Russia instead of cooperating with it on the Skripal case, Russian Deputy Foreign Minister Sergei Ryabkov said on Tuesday.

“If they really want to settle this tragic situation, they should get in contacts and cooperate with us on the bilateral basis or within the OPCW (Organization for the Prohibition of Chemical Weapons). Instead, they are only throwing mud at us. A great power that has stooped so low as to use such methods can only excite pity,” he said.

“Russia could not violate the Chemical Weapons Convention as its entire chemical arsenals were destroyed last year under strict international control. All programs were stopped as far back as the 1990s and the British know it perfectly well,” the Russian diplomat stressed. “It is unacceptable and unworthy to tell such bogus stories.”