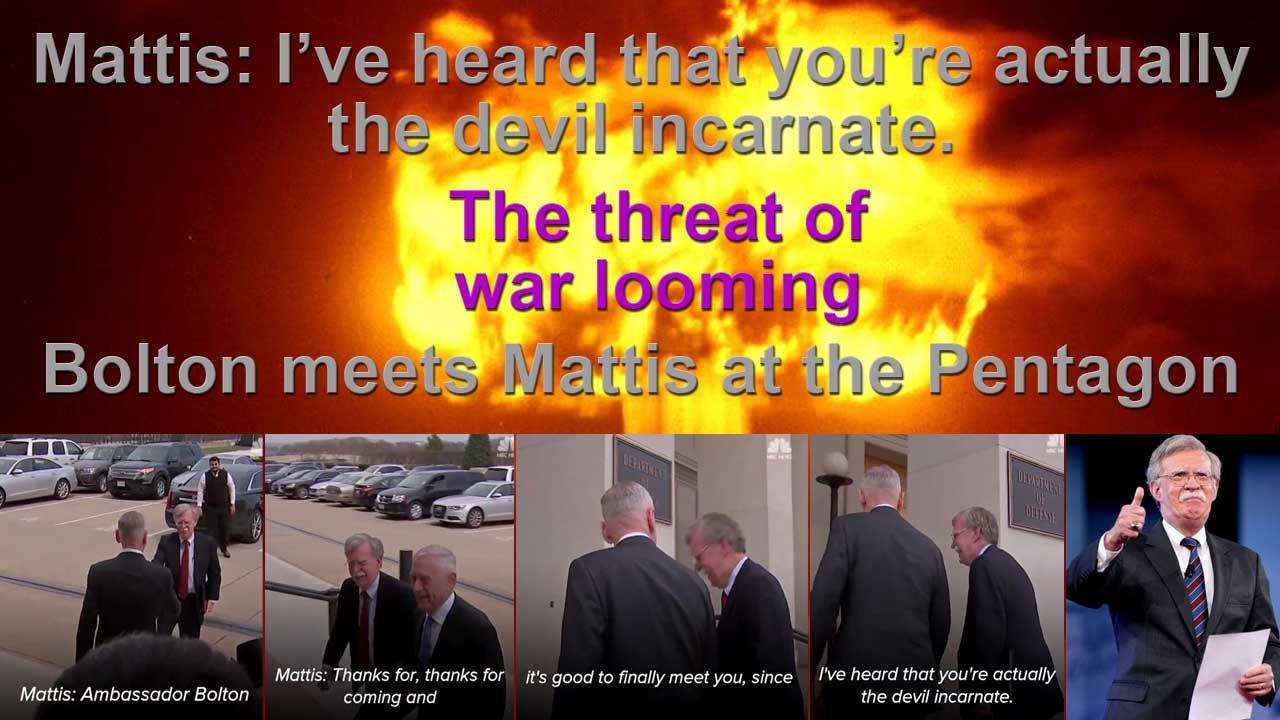 SPUTNIKNEWS – March 28, 2018: US Secretary of Defense James Mattis met with US President Donald Trump’s new national security adviser, former US Ambassador to the UN John Bolton, outside the Pentagon. Mattis introduced himself to Bolton with a joke about the ambassador’s reputation as the “devil incarnate.”

Mattis was nicknamed “Mad Dog” long ago, but he may want to change that to Cerberus — the Greek “hound of Hades” — since he is now keeping company with the so-called “devil incarnate” in Bolton. When the two met today for the first time since Bolton’s appointment to the White House, Mattis’ greeting shocked reporters.

“Thank you for coming. It’s good to finally meet you. I’ve heard that you’re actually the devil incarnate and I wanted to meet you,” the secretary told Bolton on the Pentagon threshold. The exchange was picked up by a CNN reporter’s microphone.