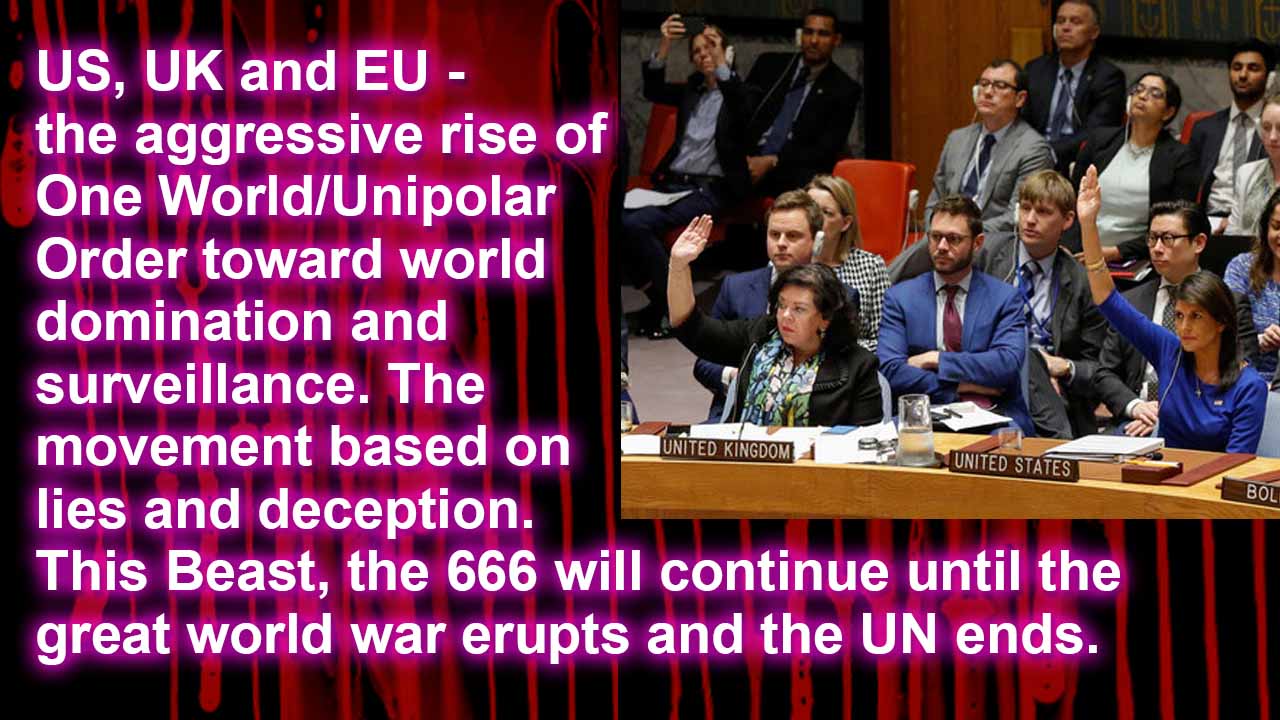 RT – April 14, 2018: The missile strikes on Syria are another step by the US, the UK and France toward creating they own global order, where they can do what they want without answering to the UN, Willy Wimmer, former OSCE Assembly vice-head, told RT.

“Since the illegal war against Yugoslavia in 1999, they [the US, the UK and France] want to have their own international structure,” Wimmer said. “They want to destroy the Charter of the UN. They are no longer interested in having an international organization, which can work. And, therefore, they do their utmost to create their own world where they can do what they want to do.”

“The attitude of the French, British and Americans is the same attitude, which used by Adolf Hitler in 1939 to enter into World War Two,” he said.

Wimmer, who previously served as a state secretary to Germany’s defense minister, said that “since 2011, when the war in Syria started, it was, from the very beginning, a common effort of the US, British and French to destroy, by force, the Syrian state… for their own purpose.”

“Now they have to face reality, and the reality is that Syria survived as an independent state by the help of Russia and Iran, mainly, and the support of both of these countries was in strict accordance to international law,” he pointed out.

“People don’t understand why she has such an approach… for an action of Washington, London and Paris, which is aimed at destroying international law and which is a clear violation of the Charter of the UN… In our constitution, it is clearly said that Germany never should participate in a war of aggression and what the Americans, British and French did yesterday was an attack of aggression against a sovereign country,” he said.

US, UK, France embark on course towards political domination over others

TASS – April 15, 2018: The three Western nations – the United States, France, and the United Kingdom – have embarked on a course towards complete political domination over the rest of the world, Russian Deputy Foreign Minister Sergei Ryabkov told TASS on Sunday.

“Naturally, the course of the Western Three is obvious – it a course towards complete and unconditional political domination over all others. They turn down any reasonable alternative. Without batting an eyelash, people begin to replicate all sorts of allegations, political innuendos and plunge into empty and shallow rhetoric,” he said.

According to the Russian diplomat, initiatives coming from these countries often run counter to international law and only hinder Syrian settlement. “When they come out with an initiative being aware beforehand that these ideas run counter to international law and kill any possibility to make any real progress towards the settlement of the protracted bloody conflict in Syria, they hamper complete liberation of that country from the terrorist threat, they hamper normalization of the humanitarian situation. They obviously seek to impose another, absolutely bankrupt political scheme targeting change of government in Damascus,” Ryabkov said.

According to the Russian diplomat, “explicit manipulation of data can be seen inside international organizations” on both the so-called Skripal case and the situation in Syria.

“It is a colossal blow on the United Nations Security Council, the OPCW (Organization for the Prohibition of Chemical Weapons), and so forth. These instruments that made it possible for various countries to cooperate as equals are now undergoing a colossal durability test,” she said in an interview with the Voskresny Vecher s Vladimirom Solovyovym (Sunday Evening with Vladimir Solovyov) program on the Rossiya-1 television channel.

According to Zakharova, it is a task for diplomats to pursue their countries’ policy and defend their interests, including within international organizations, but it is inadmissible “to indulge in fraud that can be fraught with a threat to human lives.”

“And the material we have (the OPCW report – TASS) indicated, first of all, that this is a global-scale fraud,” she stressed.

TASS – April 15, 2018: Further anti-Russian sanctions the United States is looking at are meant to punish Russia for the mere fact of its being a global player, with no particular events cited as a reason, Russian Foreign Ministry Spokeswoman Maria Zakharova said on Sunday.

“I can really confirm that the sanctions are to be imposed on Russia without any link to any realities. If earlier they used to say they punished us for Ukraine, now the wording has been changed dramatically: now they punish us for the mere fact of being on the global arena,” she said in an interview with the Voskresny Vecher s Vladimirom Solovyovym (Sunday Evening with Vladimir Solovyov) program on the Rossiya-1 television channel.

“This is exactly how they worded these sanctions: for Russia’s role in international affairs,” she stressed.

RT – April 15, 2018: Having set themselves above international law by bombing Syria without UN authorization, the US, the UK and France are now going calling on other countries to unite behind their fait accompli and endorse their actions.

During the emergency session of the Security Council on Saturday, Russia proposed a resolution urging the US and its allies to “immediately and without delay cease the aggression against the Syrian Arab Republic and refrain from further aggressive acts in violation of the international law and the UN Charter.”

Willy Wimmer, a former member of Germany’s ruling CDU party, compared the behavior of the UK, the US and France to “the same attitude, which [was] used by Adolf Hitler in 1939 to enter into World War Two.”

Canadian PM Justin Trudeau and German Chancellor Angela Merkel quickly endorsed their allies’ attempt to take the law into their own hands.

European Council President Donald Tusk likewise cheered on the intervention, saying the EU “will stand with our allies on the side of justice.”

NATO also endorsed the bombing in a statement on Saturday, declaring that the alliance “considers any use of chemical weapons by state or non-state actors to be a threat to international peace and security.”

‘Double standards: US, UK, France stand by Saudis in Yemen but pose as moral crusaders in Syria’

RT – April 15, 2018: The Syria attack reveals the hypocrisy of the West – which fuels the Saudi-led bombing campaign in Yemen despite documented abuses – but relies on unverified claims to punish Syria, journalist and broadcaster Neil Clark told RT.

As Riyadh’s campaign in Yemen enters its fourth year, it has been repeatedly accused by rights groups of civilian casualties during the bombardment. However, in Syria’s case, reports of a chemical weapon attack in Douma that are yet to be independently corroborated became the trigger for a coordinated military action, Clark pointed out.

“On the one hand, they are rolling out the red carpet for Saudi leaders and they are supporting, either directly or indirectly, the Saudi bombing of Yemen, which is causing a great humanitarian catastrophe – and how many children has that conflict killed?

“On the other hand, they pose as moral paragons, as moral crusaders when they claim children have died in Syria’s chemical weapons attack without evidence,” he said.

“So, on one hand we have got documented evidence of children dying in huge numbers in Yemen through cholera and through bombing. That’s true, that’s evidence, actually. And the same powers responsible for that are bombing Syria in response to unverified claims of attacks on children in Syria,” Clark said. “The double standards are totally, totally off-the-scale.”

RT – April 15, 2018: The US will not pull its troops out of Syria until its goals are accomplished there, Ambassador to the UN Nikki Haley said. This comes after Washington carried out airstrikes in Syria in response to an alleged chemical attack.

US currently has over 2,000 troops in Syria and a number of contractors.

While it is America’s goals to see the troops come home, “we are not going to leave until we know we have accomplished those things,” she told Fox News Sunday.

Haley added that the US wants to ensure that chemical weapons are not used in a way that is of risk to US interests, Islamic State (IS, formerly ISIS) is defeated, and Iran’s actions are monitored.“Be very clear, if we leave, when we leave, it will be because we know that everything is moving forward,” Haley added.