THESUN – May 3, 2018: UP to 30 people have been injured after an explosion during a Jewish celebration – with witnesses claiming it was sparked by mobile phones being thrown to the flames.

Hundreds had gathered in Stamford Hill, London for Lag BaOmer – an annual event that incorporates bonfires – when it went horribly wrong.

Dramatic footage shows a fire about to be lit, as revellers sing in the background just metres away last night.

Suddenly there is a massive explosion as flames erupt over the entire crowd, with people running for their lives.

Both said, according to the reports, that they treated “multiple patients” for burns. 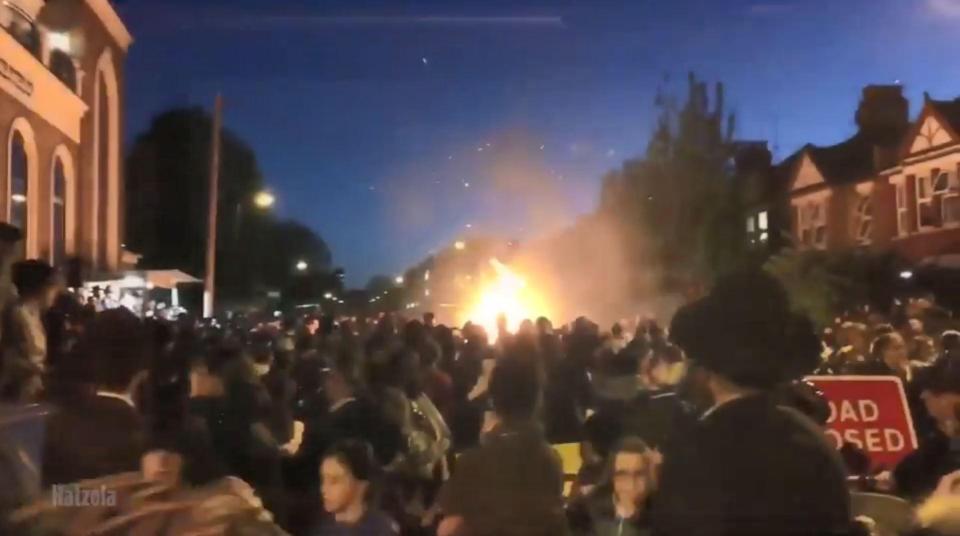