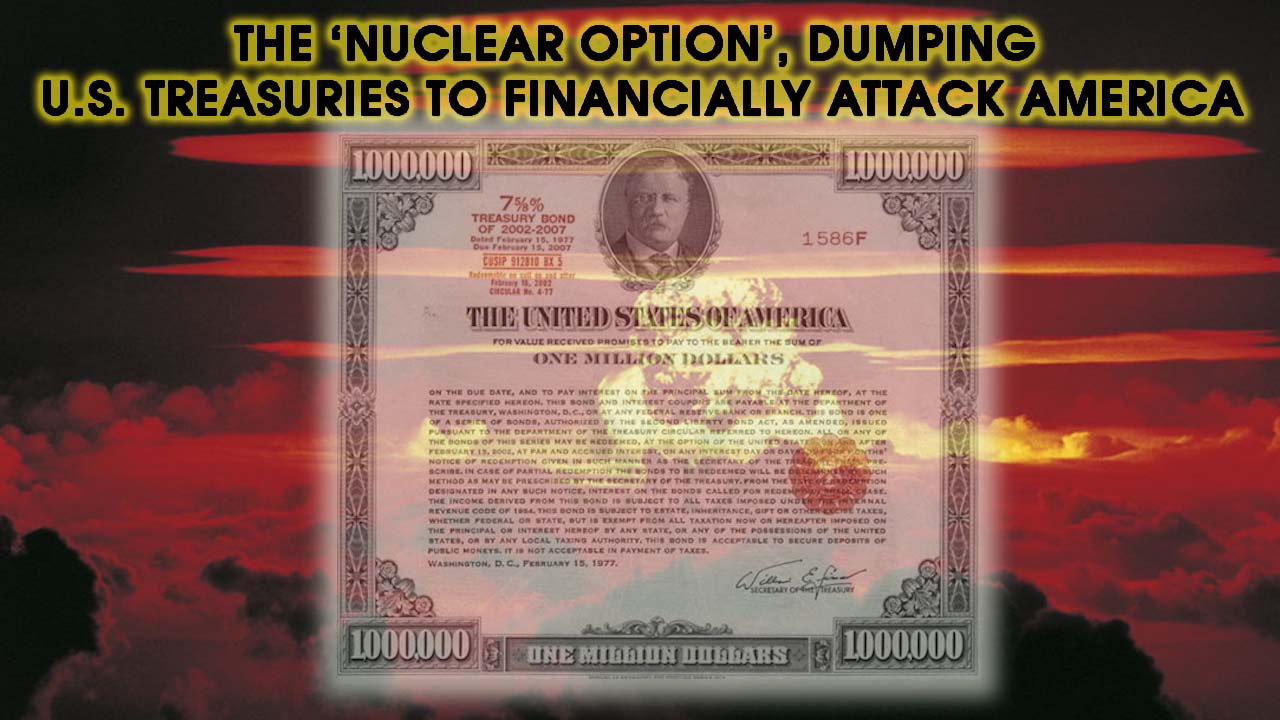 RT – June 23, 2018: President Donald Trump is cutting US military spending to be less exposed to the skyrocketing interest rates that would become unavoidable when China opts to dump US Treasury bonds, Max Keiser has told RT.

“To understand US trade policies – and in particular Trump’s policies on China – from Trump’s point of view you have to think like Trump,” the host of RT’s Keiser Report explained. “When Trump took office, he inherited the biggest debt load that any country had ever accumulated. He also inherited a military budget that eats up 50 percent of America’s annual tax revenues of $1.5 trillion.”

And according to Keiser, after taking the helm as president, Donald Trump realized it was vital to reduce defense spending to pare the huge US debt.

“He looked at the geo-political chess board and saw that – the low hanging fruit, in terms of saving money – is America’s huge military spending in South Korea,” said Keiser, stressing that after the historic summit with North Korean leader Kim Jing-un the US would start pulling military presence out of the region.

The US president is currently arranging deals with Saudi Arabia and Israel, in preparation for the US pulling out of the Middle East as well, Keiser added, highlighting that Trump had previously signaled to Germany that the US would to cut its military presence in NATO there too.

“That brings us to China, and the ‘nuclear option’ they have of dumping US treasuries to financially attack America. This is their one big play. Trump knows it, and he’s been protecting the US against it,” the financial commentator said.

Downsizing the Pentagon, according to Keiser, will shrink US debt, diminishing the possibility of a Chinese financial attack via the dumping of US bonds.

(BattleForWorld: According to Max Keiser, President Trump is pulling out America’s military from South Korea, Saudi Arabia, Israel, etc. and this is good news if the Ruling Elites will allow this to get done. As this is not inline with the Ruling Elites’ world domination plan because the U.S. military is the world’s police to enforce dictatorial rule. Trump is taking positive advice from someone to downsize the U.S. military. PS: I hope readers are able to get more information from in-between the lines. Delicious. Enjoy.)

Russia gets rid of US Treasury securities and buys gold

RT – June 23, 2018: US sanctions have forced Russia to look at ways of securing its foreign reserves. In recent years, Moscow has increased purchases of physical gold and dramatically reduced its share of US debt bonds.

The political standoff started in 2014, shortly after the conflict in Ukraine and the referendum in Crimea in favor of joining Russia. Several rounds of US sanctions followed, with the latest affecting major Russian companies and individuals who run them.

In April, Russia sold half of its US sovereign debt bonds, getting rid of nearly $47 billion worth of securities, according to US Treasury data released last week. The sell-off is a signal that Russia’s financial regulators are diversifying the country’s foreign exchange reserves, say analysts at the Copenhagen-based Danske Bank.

“Some people ask whether the Russian Central Bank sold them to support the ruble in April, but it’s about changing allocation as reserves continue to grow,” Vladimir Miklashevsky, a senior economist at Danske Bank in Helsinki, told Bloomberg. “Rising US yields have fueled the sell-off.”

Russia sold more than any other major foreign holder of US debt – even as its reserves grew on the back of rising oil prices. The country’s current stake shrank by nearly four times against the hefty holding of more than $176 billion eight years ago.

RT – June 22, 2018: RT news-wire reported that the US and South Korea have agreed to suspend two training exercises scheduled for the next three months as part of Washington’s drive to de-escalate tension with North Korea, the Pentagon said in a statement. In addition to suspending the drills under the Korean Marine Exchange Program, the Pentagon confirmed that the suspension of Ulchi-Freedom Guardian exercise announced earlier this week would be indefinite. The statement said the suspensions were dependent on Pyongyang’s willingness to continue negotiations.

RT – June 23, 2018: The article highlights that the US continues to wind down the scope of its military activity on North Korea’s doorstep, with the Pentagon announcing on Friday it was “indefinitely” suspending two joint training programs with Seoul.

The exercises, which were scheduled to take place within the next three months, have been put on hold with an open-ended date, Pentagon spokesperson Dana White announced on Friday. The drills in question are a part of the marine exchange training program between the US and South Korea.

“To support implementing the outcomes of the Singapore Summit, and in coordination with our Republic of Korea ally, Secretary Mattis has indefinitely suspended select exercises,” White said.

The Pentagon also confirmed that the suspension of Ulchi-Freedom Guardian war games that were set for August would last for an “indefinite” period as well.