Drudge’s tweets never last very long, and so a screenshot is provided in montage.

The New Yorker’s cover is a take on Trump’s summit with Vladimir Putin. While the president continues to tout the meeting, as symbolized by the cartoon giving a thumbs up, The New Yorker is also acknowledging the critics who think the president (metaphorically) fell on his face by rolling over during his Helsinki press conference.

According to Drudge, the cover was evidence of “the Left’s continued fetish for Trump’s physical harm/death.”

On Instagram, the New Yorker explained the reference as being a callback to Trump’s descent from the escalator at Trump Tower in 2015 to announce his candidacy for president. 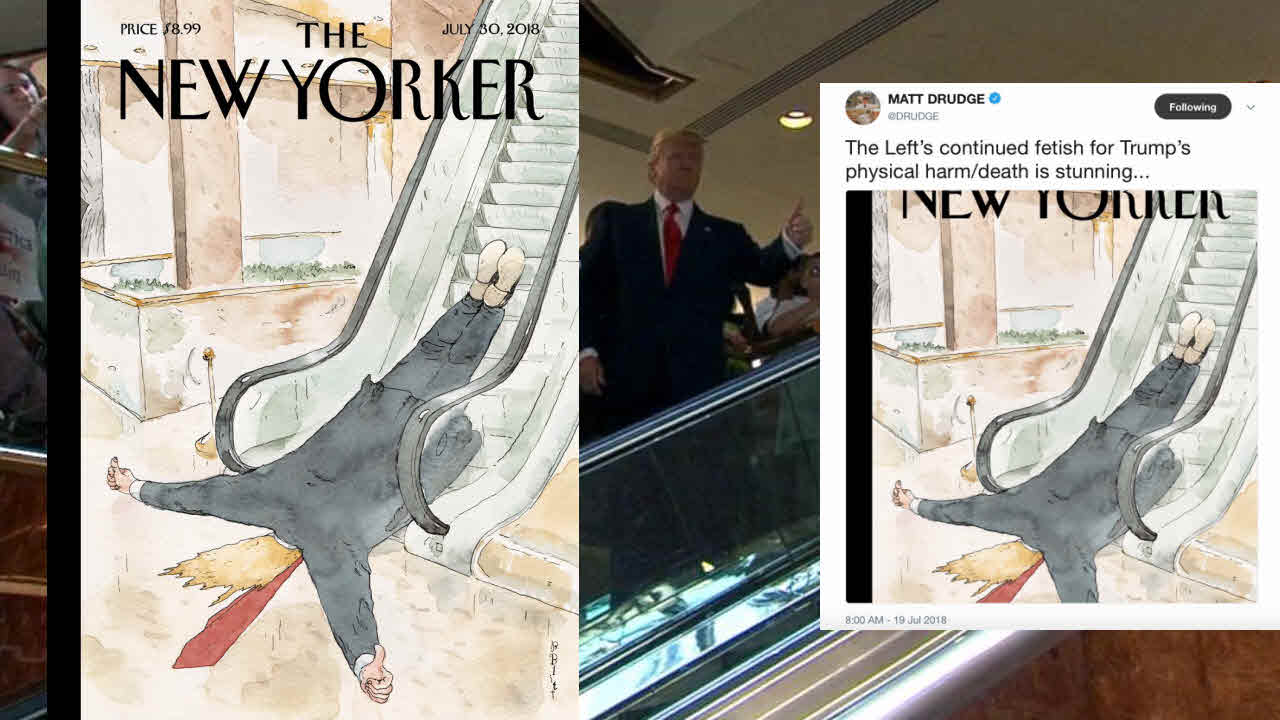