AMPLEX – July 24, 2018: The speaker Paul Hellyer gives a detail summary of the movement that formed after the world war to create an American Empire. He mentions the Council on Foreign Relations linking with the Bilderberg Group and the Trilateral Commission, that combined they represent a very deadly force in the world. Hellyer refers to them as the three sisters. The “cabal” includes these three organizations coupled with the banking cartel, the oil cartel, the big transnational corporations, the intelligence agencies (US – the CIA, the FBI, the NSA; UK – MI6; Israel – Mossad) and a huge slice of the American military. They all form the “cabal” that has been running the United States for the last half century to the point where presidents are nothing more than talking heads and the congress has no clue as to what is going on. A very informative speech. (Note: Youtube is censoring videos and channels. The title of the video is “What You’re About to Hear Will Truly Anger You!”.)

“What You’re About to Hear Will Truly Anger You!” 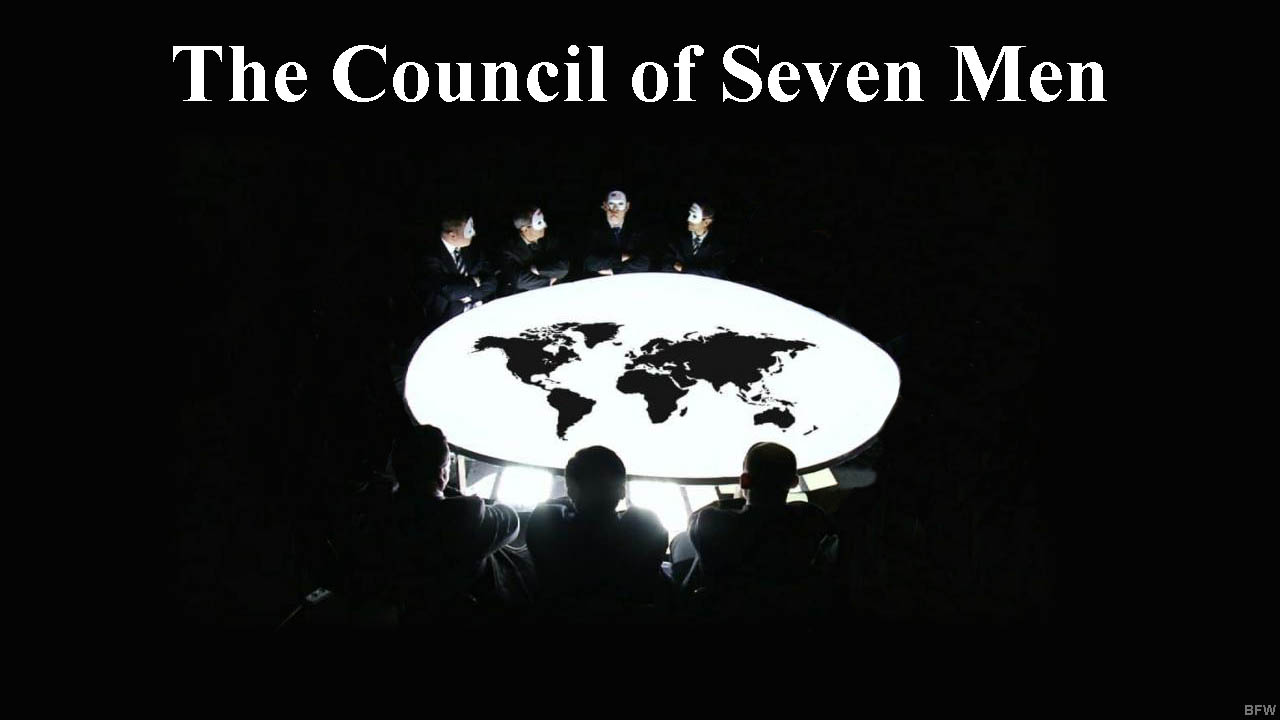 BATTLE FOR WORLD – June 2, 2018 (updated June 5, 2018): After the House of Medici in Italy, the British Empire rose to great heights and eventually fell, but spanning into centuries, what began appearing on the world’s scene was a new breed of aristocrats in banking circles and many have come to know a few by names like the family Fondi (i.e., funds whose pedigree goes back to the financing of the Crusades by Genoa, Venice et al), the Rothschilds, the Warburgs, the Rockefellers, etc. and royals like the House of Windsor and their relatives in Europe. These aristocrat banking families and royals with their multinational corporations eventually came to an agreement to create a secret council to dictate to the world. And this council is not talked about in public and is only hinted at here and there in whispers. It is not the Bilderberg Group, the Council of Foreign Relations, etc., because these organizations only convene to brainstorm, give decisions and issue marching orders to attendees to go back to their various policy institutes to implement plans impacting the world’s population – like for example the ongoing refugee and migrant crisis in the West; the never ending wars to secure natural resources in countries, etc.

The secret council is made up of seven men, and today four of the members are in their very old age while the other three are younger. Before the younger family members came into the council it was only made up of old men close in age who saw geopolitics somewhat the same as their parents and for the most part have had their own way about dominating the world for many, many decades. One man from the council resides in New York and another resides in London…

(In the Silent Revolution Of Truth, Compilation Edition, Volume 1, “enhanced”, the free PDF book: Download and read about the seven dark ones want world war, page 1485. The Mighty Ones hide in their bunkers, page 1487. Note: Use the page number display located at top right to find the correct page. Free Book, PDF Format – Links: Book Summary | and Download Book – Volume 1)

Currently, the council of seven men are now faced with many worldwide problems, much of which were caused by their ideas, and are trying to figure out how to go about solving these issues. But at some point even these seven men will begin to physically attack each other because of disagreements about implementing plans – because you have the four old ones against the three younger ones. And the reason why there are only seven members is to keep the voting balance – for example, 4 against 3, because within the council majority rules.

The older men in the council are from a different time where their parents influenced many bad and good things, often selfishly, on the planet. These older ones want to see the vision that their families have passed on to them come to pass. But times are changing and new power centers are emerging on the planet. The younger ones see this change happening, but the older ones are adamant to fulfill their long dead families dreams and that means the destruction of much of everything on the planet, nuclear holocaust and genocide of the population in their goal in an attempt to win world domination.

These aristocrat men, especially the old ones, have become spoiled and overly selfish and within their thinking being evil is normal.

The council of seven men acts according to their own rules and their rules are not the ones by the institutions in society that the people trust in. And these men are planning to implement genocide (using biological and military means) to cull the population, the useless eaters, to manageable levels.

And these men, the seven evil ones, were supposed to have agreed into an alliance with the last Pope of the Vatican, a fanatical with the name Peter of Rome (Petrus Romanus), but this event, an all time abomination to start World War 3, was annulled by mightier ones of the unseen!!! And so this alliance for now won’t happen.