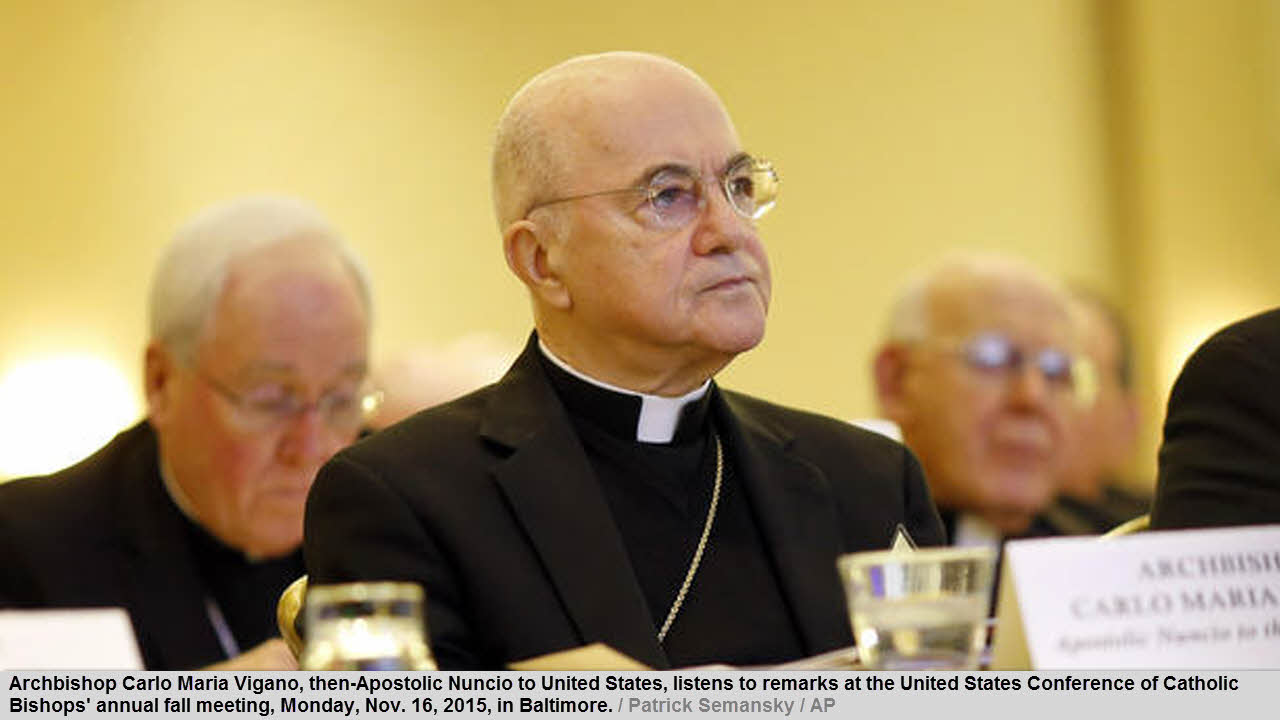 CBS NEWS – August 26, 2018: The article highlights that a former Vatican ambassador to the U.S. said Sunday that he told Pope Francis in 2013 about allegations of sexual abuse against a prominent priest — and that Francis took no action. Now, the former official, Archbishop Carlo Maria Vigano, is calling for Francis to step down.

Vigano made the claims in a lengthy statement that concludes with a call for Francis’ resignation: “In this extremely dramatic moment for the universal Church, he must acknowledge his mistakes and, in keeping with the proclaimed principle of zero tolerance, Pope Francis must be the first to set a good example to Cardinals and Bishops who covered up McCarrick’s abuses and resign along with all of them,” he writes.

CBS News spoke on a video call to Vigano, who confirmed he wrote the statement and said he was speaking out now “to combat the grave situation in the church, to protect the church and also to stop future abuse.” He told CBS News producer Anna Matranga that he had no agenda and was stating facts.

Vigano, who retired in 2016 at age 75, described an exchange with Francis on June 23, 2013, shortly after he became pope, about Cardinal Theodore McCarrick, the former archbishop of Washington, D.C., who resigned last month over claims he sexually abused seminary students and an altar boy.

Vigano writes that he told Francis about the allegations: “Holy Father, I don’t know if you know Cardinal McCarrick, but if you ask the Congregation for Bishops there is a dossier this thick about him. He corrupted generations of seminarians and priests and Pope Benedict ordered him to withdraw to a life of prayer and penance.”

U.S. And Rothschilds Determine To Oust Pope Francis…Until They Find A Pope That Agrees To Start World War 3

BATTLE FOR WORLD – August 26, 2018: The ongoing drive to oust Pope Francis is to finally push towards an evil purpose. The movement in the West about child abuse by priests of the Vatican, this type of behavior has been going on for a long time, and now it’s being put to use to blackmail the Vatican – spearheaded by the Rothschilds.

Why? The reason is to start the breakout of the much dreaded might war, World War 3, to dominate the planet. And to make this possibility happens, the Vatican has to be on-board. Pope Francis is known secretly as an “in-between pope” because the pope that was to follow Pope Benedict XVI was to be the last pope, the evil and might thirsty one of an all-time abomination.

This pending last pope is to finalize plans with The Council of Seven Men to start World War 3.

The reason why the last pope has not come forth yet is because forces more powerful intervened to delay his arrival from happening. But now, since The Council of Seven Men are aware of this, they are pushing speedily ahead for the ouster of Pope Francis, because Pope Francis refuses to go ahead with plans to start World War 3. Many are not aware that if the Vatican do not want a world war, such a war cannot happen. And the ruling elites know this and their last hope is to scandal/blackmail the Vatican using their child abuse history.

(In the Silent Revolution Of Truth, Compilation Edition, Volume 1, the free PDF book: Download and read about the seven dark ones and the 12th chair of the Vatican, page 1485. Read about the Council of Seven Men (the seven dark ones) and how they will eventually turn on each other, pages 1489 and 1490. Read about the 7 Dark Ones misusing the last pope, pages 1490, 325.  Misusing the last pope to start World War 3 and the delay of the last pope, page 1480. And if such a war breakout Germany and other areas will be attacked with over 100 nuclear bombs, page 1486. Note: Use the page number display located at top right in the PDF book to find the correct page. UPDATED, PDF Format – Links: Book Summary | and Download Book – Volume 1)

(Note: Leo Zagami was on the Alex Jones radio show August 27, saying that Pope Francis is evil. I would like to point out to Leo that the only reason why the Vatican is in the news about child abuse is because the Vatican has so far resisted to agreeing with the United States and Britain into an alliance to start World War 3. The ruling elites were hoping for such an agreement after Pope Benedict XVI resigned, but it did not happen. And Pope Francis has also refused to agree to start World War 3 and so he must go according to Washington DC. The pope-ship has now become something like Brexit, elections and regime change, the West keeps propagandizing until they get the results they want. When the United States and Britain have gotten their evil war pope, all the news about child abuse and the Vatican in the media will end.) 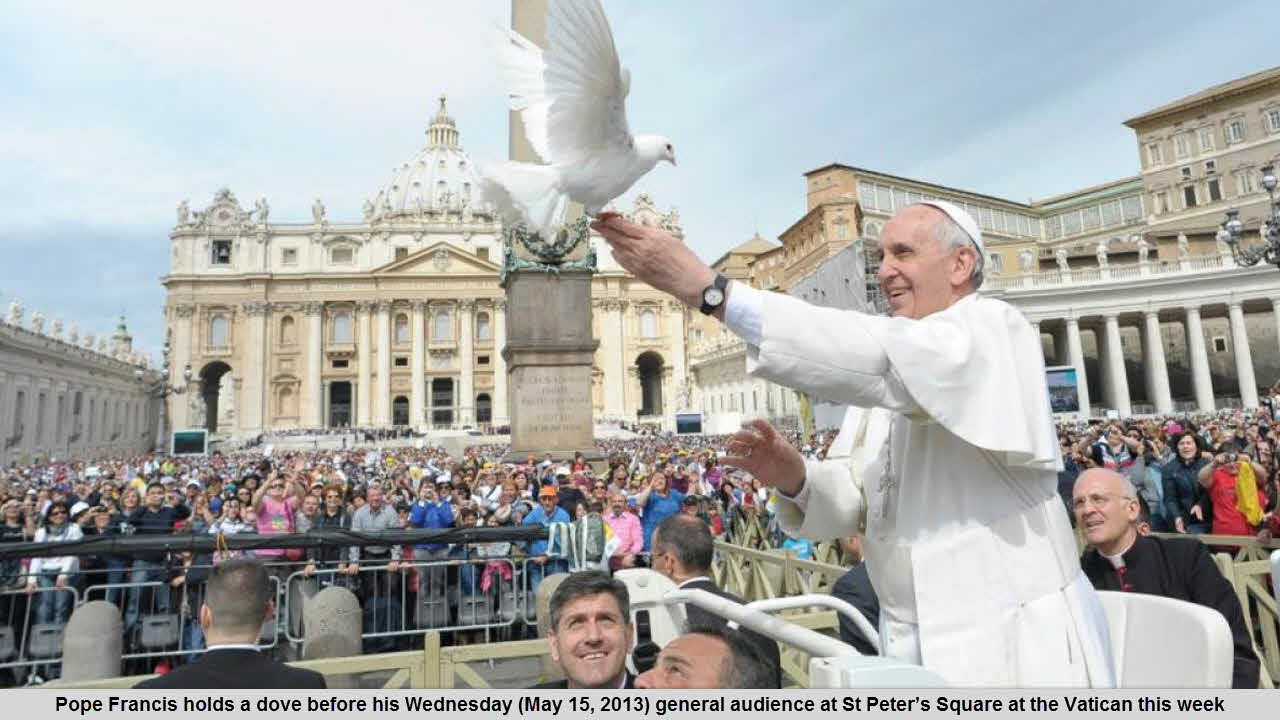 TASS – August 30, 2018: The article highlights that Roman Catholic hierarchs in the US are trying to relegate responsibility for sex-related offenses committed by Cardinal Theodore E. McCarrick, the former archbishop of Washington, to Pope Francis I as they accuse him of covering up a pedophile, a well-informed diplomatic source in the Vatican told TASS on Thursday (August 30).

The whole story revolves around the documents made public last Sunday (August 26) by Archbishop Carlo Maria Vigano, the former papal nuncio in the US. The revelations produced a big stir in the Roman Catholic community, particularly in the US.

Monsignor Vigano claimed the Church officials were fully aware as of 2000 of the with child abuse brought on against McCarrick and Pope Francis I received information on the case after election to the See of Rome in 2013 but he did not take any measures.

“This is a yet another wave flowing out of the US and targeting Pope Frances,” the source said. “The case in hand is a deep-rooted problem of American society. The US-based hierarchs are trying to tone down their own guilt [for the problems related to pedophiliac clergymen – TASS] and to apportion all blame for the situation to the Pope.”

The interlocutor said experts in the Vatican – and far beyond it – had uneasy questions about who was steering the actions of the dismissed and aggrieved Monsignor Vigano.

BATTLE FOR WORLD / SPUTNIK NEWS | September 5, 2019: On his flight to Mozambique, Pope Francis told journalists that he has briefly studied the contents of a recently published book called “How America Wants to Change the Pope”, exposing an alleged attempt by the American Catholic Church to change the head of the Holy See.

And the pontiff noted that: “It is an honour for me to be attacked by the Americans. This [book] is a bomb”.

The author of the book claims that a scandal, initiated by the Vatican’s envoy to the US, Archbishop Carlo Maria Viganò, was a blatant attempt to force Francis to resign from his post, allegedly supported by Catholic TV network EWTN and Canadian LifeSiteNews.

Archbishop Viganò claimed that he warned Pope Francis back in 2013, when he was elected, about sexual abuse conducted by former Cardinal Theodore McCarrick, which allegedly didn’t stop the pontiff from reinstating the latter in his position.

(BattleForWorld: And forces in America saw the opening and used it to attack, in hopes of removing Pope Francis.)

(In the Silent Revolution Of Truth, Compilation Edition, Volume 1, the free PDF book: Download and read about the seven dark ones and the 12th chair of the Vatican, page 1485. Read about the Council of Seven Men (the seven dark ones) and how they will eventually turn on each other, pages 1489 and 1490. Read about the 7 Dark Ones misusing the last pope, pages 1490, 325.  Misusing the last pope to start World War 3 and the delay of the last pope, page 1480. And if such a war breakout Germany and other areas will be attacked with over 100 nuclear bombs, page 1486. Note: Use the page number display located at top right in the PDF book to find the correct page. UPDATED, PDF Format – Links: Book Summary | and Download Book – Volume 1)

Related articles:
1. Putin to meet with pope and Kremlin-friendly politicians in Rome
2. Putin, Pope exchange gifts after meeting in Vatican 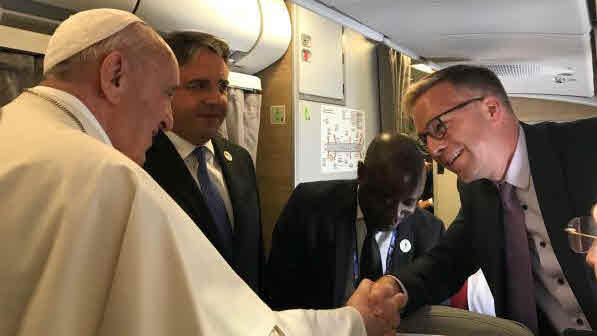