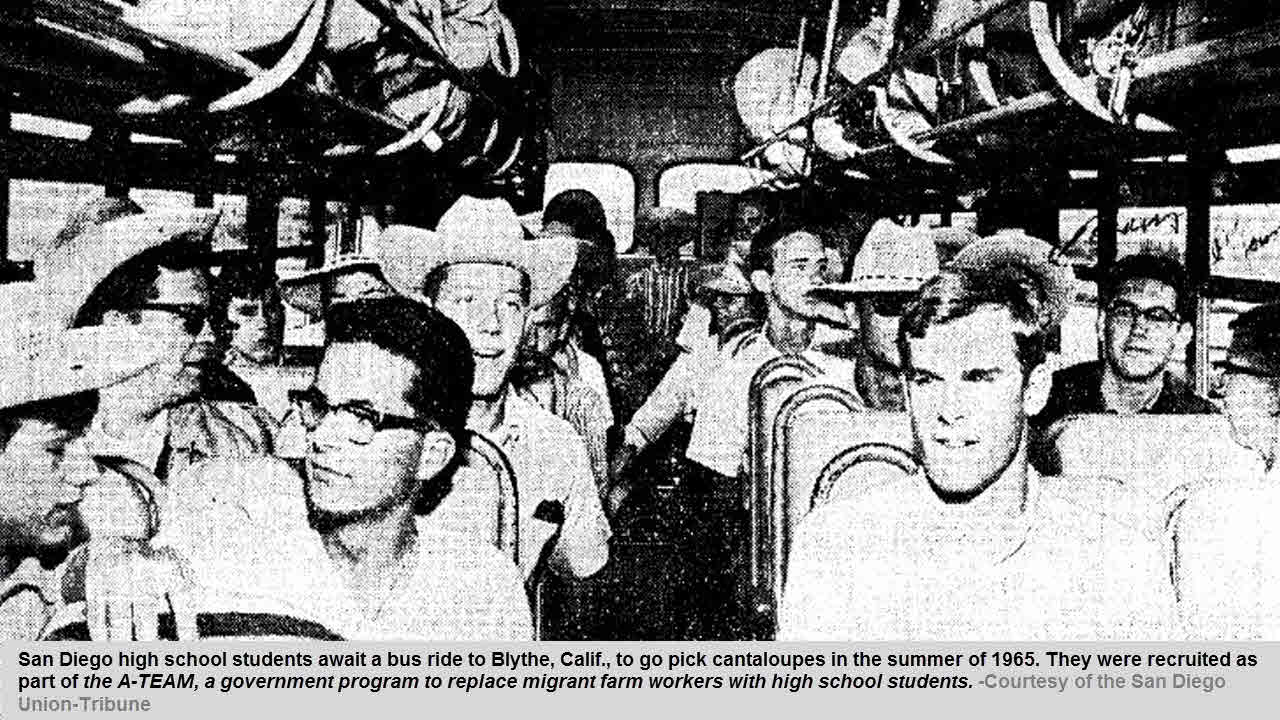 NPR – August 26, 2018: The article highlights that Randy Carter a member of the Director’s Guild of America, regrets that he never participated in his younger teen years in a work project he wrote about in a script that got optioned twice but was never produced. It’s about the summer a then-17-year-old Carter and thousands of American teenage boys heeded the call of the federal government … to work on farms.

The year was 1965. On Cinco de Mayo, newspapers across the country reported that Secretary of Labor W. Willard Wirtz wanted to recruit 20,000 high schoolers to replace the hundreds of thousands of Mexican agricultural workers who had labored in the United States under the so-called Bracero Program. Started in World War II, the program was an agreement between the American and Mexican governments that brought Mexican men to pick harvests across the U.S. It ended in 1964, after years of accusations by civil rights activists like Cesar Chavez that migrants suffered wage theft and terrible working and living conditions.

But farmers complained — in words that echo today’s headlines — that Mexican laborers did the jobs that Americans didn’t want to do, and that the end of the Bracero Program meant that crops would rot in the fields.

Wirtz cited this labor shortage and a lack of summer jobs for high schoolers as reason enough for the program. But he didn’t want just any band geek or nerd — he wanted jocks.

“They can do the work,” Wirtz said at a press conference in Washington, D.C., announcing the creation of the project, called A-TEAM — Athletes in Temporary Employment as Agricultural Manpower. “They are entitled to a chance at it.” Standing beside him to lend gravitas were future Baseball Hall of Famers Stan Musial and Warren Spahn and future Pro Football Hall of Famer Jim Brown.