Related article:
North Korea And The United States Peace Drama – The Unpeace Of It All – Part 1

In broad daylight, masked assailants were reported to have infiltrated North Korea’s embassy in Madrid, tied up the staff, stole computers and mobile phones, and then fled the scene in two luxury vehicles.

The group behind the late February (2019) operation, according to sources – people familiar with the planning and execution of the mission: is known as Cheollima Civil Defense, a secretive dissident organization committed to overthrowing the Kim dynasty, according to the Washington Post.

The group’s alleged role in the attack was not reported in media at the time, and officials from the government of North Korea, the United States and Spain declined to comment on the situation.

But in recent days, rumors about what motivated the attack have swirled in Spanish media, including a report in El Pais alleging that two of the masked assailants have ties to the CIA.

Silence ensued because U.S. involvement in the assault on a diplomatic compound could have derailed the talks, the likelihood of which the CIA would probably be aware. “Infiltrating a North Korean embassy days before the nuclear summit would throw that all into jeopardy,” said Sue Mi Terry, a former Korea analyst at the CIA. And that: “This is not something the CIA would undertake.”

North Korea Threatens to Revive Nuke Program Over US Sanctions

SPUTNIK NEWS / BATTLE FOR WORLD – November 5, 2018: The article highlights that US Secretary of State Mike Pompeo said earlier that sanctions will stay in place until Pyongyang shows its commitment to the process of denuclearization of the Korean Peninsula. But in a recent statement by the North Korean Foreign Ministry has said the country may shift back to its policy of “pyongjin”, suggesting equal development of the economy and nuclear armaments, if the US does not change its approach and keeps up its sanctions against Pyongyang, AP reported. At present, the DPRK maintains a policy of directing all the country’s efforts toward economic development while freezing its nuclear program.

And that “If the US keeps behaving arrogantly without showing any change in its stand, while failing to properly understand our repeated demand, the DPRK may add one thing to the state policy for directing all efforts to the economic construction. The word ‘pyongjin’ may appear again,” the statement said.

(In the “enhanced”, Silent Revolution Of Truth, Compilation Edition, the free PDF book: Download and read about the United States keeps all the regional states of the world under its dominating supervision; the United States does not want peace, page 1545.  The irrefutable fact is that the United States neither wants nor seeks a far-reaching nor a global peace, nor true freedom, but wants to seize world domination, page 1546.  The United States exercised their power and abused their trust, page 1547.  Hide their true low mindset of domination and power-seeking behind false-friendly, page 1548.  Any other peaceful and liberal alternative would stand in diametrical contradiction to the [US] foreign policy that has been staged and implemented since the founding of the United States, page 1549. [Reader: Please keep in mind that it is not referring to the citizens/people of America, but rather the Government of the United States that has been corrupted by the Ruling Elites. Who are misusing the United States military and political power to do mischief all over the world.]  Note: Use the page number display located at top right to find the correct page. UPDATED, PDF Format – Links: Book Summary | and Download Book) 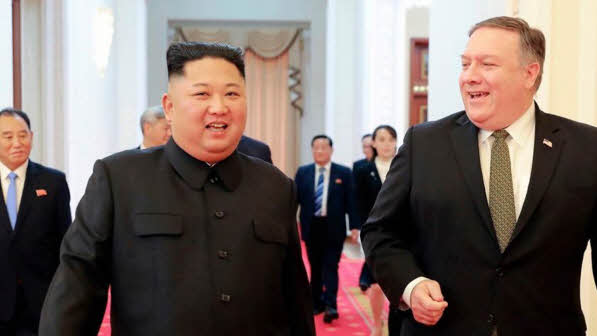 SPUTNIK NEWS / BATTLE FOR WORLD – October 16, 2018: The article highlights that although South Korea is able to lift sanctions against North Korea and work with its neighbor to reconnect railways and roads, it must proceed with caution, since US authorities could stage a coup if things don’t go their way, author Tim Beal told Sputnik.

Both North and South Korea on Monday (October 15) agreed to begin reconnecting rail and road links, stating that joint on-site surveys of the South’s Gyeongui and Donghae railway lines would begin in late October and early November, respectively. The move is one more step to improving bilateral relations between to two countries. 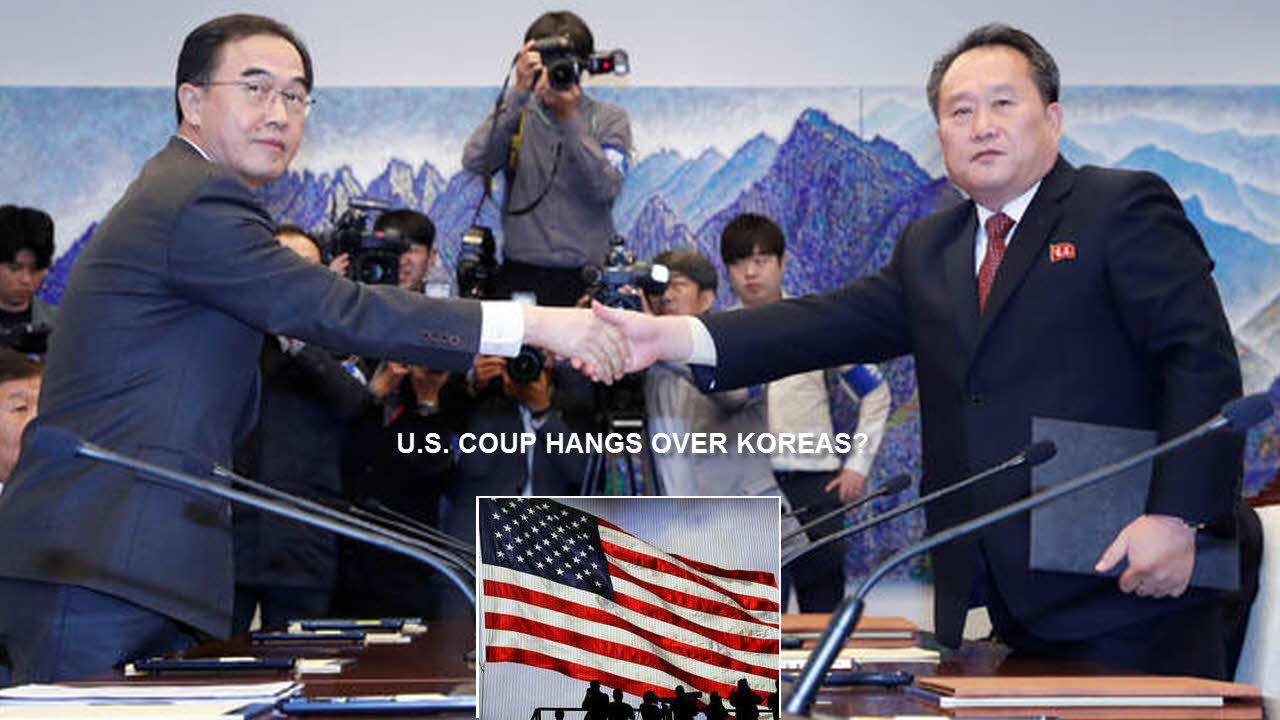