The Anti-Christ; The Beast 666

BATTLE FOR WORLD – January 9, 2019: The Anti-Christ is not a human person, a man, but rather an aggressive testosterone/masculinity movement that is bestial and degenerate in behavior. This devilish animal is seeking one world domination using force organized by the ruling elites (old wealthy selfish-greedy families – Rothschild, Rockefeller, British Royal Family, family Fondi, secret societies, etc.) and family members who refuse to follow the plan their wealth is taken away.

All the narratives coming from the West about the Anti-Christ are based on theology and ideology from western schools of thought and are cloaking the accurate meaning. Neither Napoleon nor Hitler was The Anti-Christ; however, they were only a tool, a figurehead (not the real power) of The Anti-Christ – which in truth is a movement seeking world domination through One World Government – the Global Beast of World Governance – The International Order. 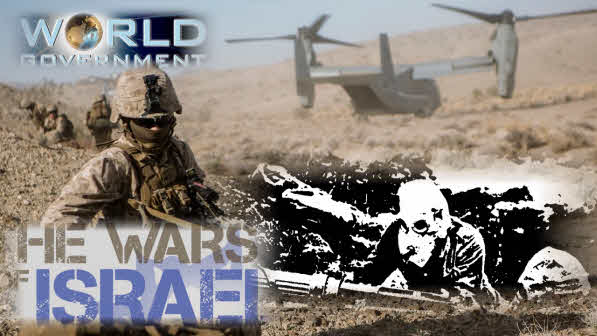 The Anti-Christ is very handsome, implying that the illusion, the image that it propagandizes to the people – continuous war, money, fashion, lifestyle, behavior, (deception) human rights, (deception) humanitarianism, (deception) justice, etc. And the popularity of sweet hypnotic words, implying that the illusion that has wrapped itself into a one/uni world movement knows what to say to the people using “global/corporate media” to get their attention and have them believe the narrative. The Anti-Christ one world movement controlled by the ruling elites tried to grab power using Napoleon as the front-man and Europe as the battle ground, but failed. It then used Hitler as the front-man and Europe as the battle ground and also failed. (But Hitler only failed publicly, because privately after World War II Europe-Germany was subdued into forming the European Union Dictatorship for the British and the Americans, part of the leg for their One World Order Government.) But now the ruling elites have become more clever and are using radical Islam and terrorism narratives (to finish the world domination job they started).

Exploiting the United States, the ruling elites are, to spread their propaganda image of democracy, crony capitalism/economic system ideology and military, along with their conquered allies and military NATO. The third attempt, the front-man for the Anti-Christ one world movement is the image that the United States propagandizes to trick the people of the world that what it is doing is good and for peace, but it is truly a movement based on lies nonstop. (The name MABUS in Nostradamus’ Century 2, Quatrain 62 is referring to a “treaty” that the United States is involved in – the US-ABM treaty. The United States will break the US-ABM treaty that has held together the balance of world power preventing nuclear war. And so the treaty will die and if world war breaks out it will surely bring catastrophe across the Earth. But the Peace Faction in Russia continues to ask the United States for written guarantees that the US-ABM Defense Shield is not directed at Russia, but the United States refuses to give Russia written guarantees, and informs Russia that verbal words should be sufficient to trust.)

One Of The Weapons Designed To Counter The US-Britain-Europe Missile Defense Shield: “The Status-6 system is meant to deliver a nuclear warhead to the coastal area of an adversary. It is “essentially an autonomous underwater robot outfitted with a powerful nuclear warhead. The drone is capable of hitting a target located 10,000 kilometers (over 6200 miles) away,” Korotchenko asserted. The expert also noted that any reasonable American politician should understand that Washington has to discuss the US missile defense system with Russia. “We have repeatedly raised this issue in talks with our American partners but, sadly, received no response to Russia’s initiatives. This could probably change now,” he concluded.” Link: Read Article

“The explosion will also cause a tsunami which will have catastrophic implications for the potential aggressor,” he added. …The presentation slide titled “Ocean Multipurpose System: Status-6” showed some drawings of a new nuclear submarine weapons system. It is apparently designed to bypass NATO radars and any existing missile defense systems, while also causing heavy damage to “important economic facilities” along the enemy’s coastal regions.” Link: Read Article

Nostradamus: Century 2, Quatrain 62
MABUS (i.e. the US-ABM treaty) then will soon die, to come.
Of people and beasts a horrible defeat:
Then suddenly one will see vengeance strike,
Hundred, hands, thirst, hunger when the comet will run.

Nostradamus: Century 4, Quatrain 88
Anthony (i.e. North America), great in name, in his actions base,
at the end (i.e. America as a One World Power falls) will be devoured by lice (i.e. civil wars, etc.).
One who is eager for lead,
passing the harbor (i.e. America’s Naval Fleet, a symbol of military hegemony)
will be drowned by the elected one (i.e. the Multi-Polar Order begins).

Nostradamus: Century 8, Quatrain 77
The Anti-Christ (i.e. the North America One World Order Movement Dictatorship by the Ruling Elites)
very soon annihilates the three,
twenty-seven years his war will last (i.e. America will wage geopolitical wars
around the world and after being defeated all the wars will stop.
A decision regarding America’s faith
will be decided into 2020 and 2030).
The unbelievers are dead, captive, exiled;
with blood, human bodies, water and red hail covering earth.

Nostradamus: Century 6 – Quatrain 21
When those of the Northern pole are united together (i.e. Russia and China),
in the East will be great fear and trembling (i.e. New York and London – capitalism empire).
A new man elected (i.e. a new pope), supported by the great one who trembles (i.e. the pope agrees to an alliance with New York and London to start World War III),
both Rhodes and Byzantium will be stained with Barbarian blood (i.e. chaos erupts in the Middle-East). (Note: For an in-depth explanation of this prophecy, download the free PDF book and refer to pages 1479 – 1480, 1489 and 1485,  summary here.)

Nostradamus: Century 6 – Quatrain 22
Within the land (i.e. the land is referring to Russia) of the Great Temple heavenly,
Nephew (i.e. the Ukraine) murdered (i.e. by the coup) at London (i.e. and the US)
The bark will through feigned peace:
The bark will then become schismatic,
Sham liberty will be proclaimed everywhere.

Nostradamus: Century 5 – Quatrain 80
Ogmios (i.e. President Vladimir Putin of Russia) will approach great Byzantium (i.e. Syria, Turkey, Egypt, etc.), the barbarian (i.e. the US-Western Terrorist Movement) league will be driven out. Of the two laws, the pagan (used as a derogatory word: i.e. anti-human ideology, the radicalization of Islam by the West for geopolitical goals) one will fail. Barbarian and freeman (i.e. the supporters against the US-Western Terrorist Movement) in perpetual struggle.

Book of Revelation 6:12
(Editor: Written by John the revelator on the isle of Patmos. The Bible was compiled from oral tradition, teachings from the old prophets and later evangelical followers of the text, with falsified information added over time, and the movement became the Christian religion of today.)

And I beheld when he (i.e. America decides to start World War III) had opened the Sixth seal,
and, lo, there was a great earthquake (i.e. the pending great Earthquake for California,
United Sates before World War III erupts if war with the US/NATO is unavoidable);
and the Sun became black as sackcloth of hair,
and the Moon became as blood (i.e. the Moon’s weapons become active);
And the stars of heaven fell (i.e. nuclear missiles are launched)…

Edgar Cayce’s Prediction About Russia and World Peace
Throughout the readings of Edgar Cayce, the “Sleeping Prophet”, we again encounter amazing references to Russia’s special place in the cosmic plan. Cayce said: “In Russia there comes the hope of the world, not as that sometimes termed of the communistic, or Bolshevik, no; but freedom, freedom! That each man will live for his fellow man! The principle has been born. It will take years for it to be crystallised, but out of Russia comes again the hope of the world.” (Edgar Cayce, 1944, No. 3976-29)

The “sleeping prophet” Edgar Cayce, in summary revealed that: The world will gain greater hope from Russia’s development. To this end, individuals and groups who have closer ties with Russia can achieve step-by-step changes and the ultimate finalization of regulatory terms for world guidance. Link: Read Article

Those Who Want to Rule the World

BATTLE FOR WORLD / RT – January 2, 2019: Vladimir Putin spent almost 4 hours answering an array of questions from both Russian & foreign journalists. From the economy, pensions and education to sniping back at a question about world domination, the Russian President was never caught off guard.

(BattleForWorld – President Putin answers: those who want to rule the world do not live in Moscow, Russia.)