BATTLE FOR WORLD / TASS – January 11, 2019: The article highlights comments by the Head of Russia’s Roscosmos State Space Corporation Dmitry Rogozin about his visit to the United States at NASA’s invitation has been cancelled, and said that’s because the “second American civil war” is underway.

“I think that America is actually engulfed by its second civil war now,” Rogozin said in an interview with Rossiya-24 TV channel, commenting on the reasons behind his visit’s cancellation.

(BattleForWorld: After Trump was elected and seated in the White House in January 2017, a Russia senate member said at the time allegations were unfolding about Trump and Russia, that America was now is a state of internal conflict and has to be left alone to sort things out. So within certain Russian circles, they already know the truth about what is going on inside the United States. I will insert page numbers from the free PDF book “Silent Revolution of Truth, Compilation Edition” about the prophecies regarding civil wars breaking out inside the United States.)

According to Rogozin, NASA has fallen victim to a domestic struggle in the country and the entire situation with the sanctions lists is “an outrage.” “This is complete international lawlessness and I absolutely don’t care about those motives which guided people in the Obama administration or the current Senate,” the Roscosmos chief stressed. 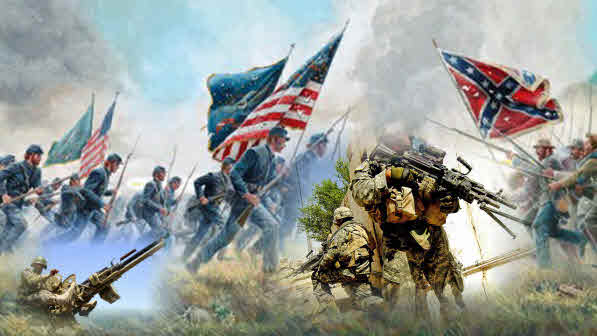 BATTLE FOR WORLD – January 11, 2019: In certain highly placed circles (intelligence and otherwise), the thought is that for more than a century North America – the United States has been guided/governed by a schism of sorts – the nucleus of the Christian religion clutched by old-blood Israeli internationalists also known as Zionists.

This relationship has been fomenting especially in the American Bible Belt where the Southern United States socially conservative evangelical Protestantism plays a strong role in society and politics, etc. This nest is slowly waking up to sprout a horn for which it will seek political power. This will eventually ignite a civil war or two in the United States.

In certain circles they believe that what is to come is unavoidable, because the schism has to be confronted and it appears all signs are pointing to something apocalyptic. This has to happen, they say, because the schism has seeped into American culture and politics and it has become very difficult for many to unhook themselves, because every chance to do so only leads to more arguments and dangerous politics. And so the schism is now being corned into a passionate showdown.

The early part of this drawn-out internal conflict is starting to unfold with the Republicans…and Democrats – Nancy Pelosi, Chuck Schumer, etc.

(BattleForWorld: The US is plagued by religious illness and racism illness, because the two were never allowed to genuinely settle and dissolve. And the reason is so that unrest can be quickly started by the elites, if the reality is certain that they are loosing the fight, inflecting punishment on the population is their satisfaction – because the people have turned against them. And is their way of saying, the people are not going to use the elites’ foundation, their capitalism, to introduce peace. Because the truth is, capitalism will eventually die and so will the elites. So the elites are trying to save what they have using war and after, if they prevail, pick up the pieces using a new scam.) 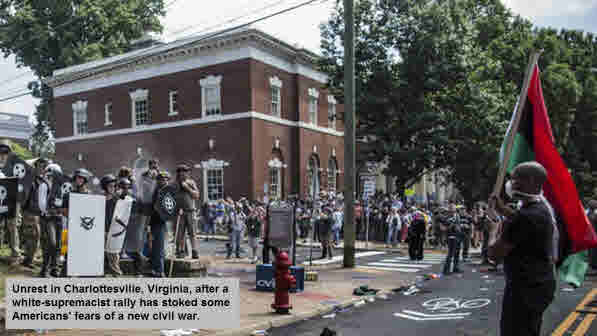 BATTLE FOR WORLD / RT – January 22, 2018: The article highlights how quickly the US media tries to instigate race conflict, and there are always two sides to one story: something that appears to be true about the standoff between a student wearing a ‘Make America Great Again’ cap and a Native American Veteran. A video of the two taken in Washington DC went viral, sparking outrage in the media.

Those Who Want to Rule the World

BATTLE FOR WORLD / RT – January 2, 2019: Vladimir Putin spent almost 4 hours answering an array of questions from both Russian & foreign journalists. From the economy, pensions and education to sniping back at a question about world domination, the Russian President was never caught off guard.

(BattleForWorld – President Putin answers: those who want to rule the world do not live in Moscow, Russia.)