He predicted the great alignment in:

Nostradamus: Century VI, Quatrain 21
“When those of the Northern pole are united together (i.e. Russia and China)
in the East (i.e. New York and London, and that is why they are moving against Russia and China in panic ways doing all sorts of stupid things.) will be great fear and trembling.
A new man elected (i.e. a new pope elected to ally himself with the ruling elites to start World War 3 – but this line of prophecy was delayed), supported by the great one who trembles,
both Rhodes and Byzantium will be stained with Barbarian blood. (i.e. the Middle-East war started by President Bush Sr. was to breakout engulfing the area, but Russia intervened to prevent this.)”

Russia, China deliberate on teaming up to buck US sanctions

BATTLE FOR WORLD / TASS – January 28, 2019: The great alignment foretold centuries ago by Nostradamus continues to strengthen as Russia and China move closer together into an unbreakable alliance.

The article highlights that, in an effort to counter Washington’s punitive measures, Russia’s Federal Service for Military-Technical Cooperation has entered into negotiations with its Chinese counterparts to hammer out a joint action plan to fight off US sanctions, Dmitry Shugayev, the agency’s chief told NTV television on Monday (January 28).

“We are holding negotiations with our Chinese partners. The most important thing is to avoid disparities in other sectors due to the transition to mutual settlements in national currencies,” said Shugayev.

Emphasizing that not all partners give into these intimidation, but “However, the sanctions have another negative aspect, namely to intimidate our partners quite unceremoniously.”

And said that Moscow and Beijing saw eye to eye as to “the necessity of taking joint measures to minimize the effects of the sanctions.” 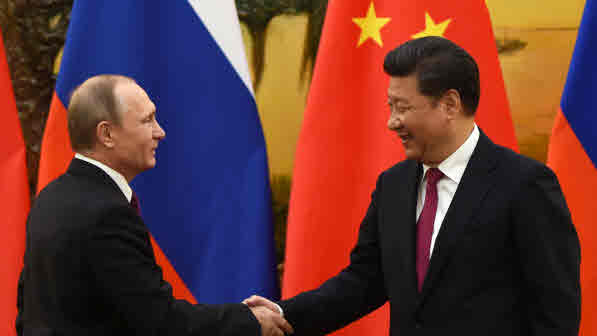 The terror wars have ended, and the breakout of peace begins

BATTLE FOR WORLD | February 7, 2019: The terror wars unleashed by the United States, Britain, Israel, etc. have ended. The great battle won by Russia and China. The Earth nations now enter into peace.

Nostradamus: Century I, Quatrain 38
“The Sun and the Eagle will appear as victor,
the vanquished is reassured with a vain reply:
with hue and cry they will not cease arming, revenge;
because of death, peace made right on schedule.”

The Sun and the Eagle will appear as victor: The alliance of Russia, the double-headed Eagle, and China, the Sun, will manifest triumphantly – the Pacific alliance. Because the old-power structure: The British East Indian Trans-Atlantic, the American North-Eastern alliance and the Zionist power block have been overthrown.

They will not cease arming, revenge: The war instigators, the Ruling Elites, are still very bitter by the loss of world power and want to rearm, seeking revenge.

Because of death: In the revenge terror wars, the war instigators are dead – those among the Ruling Elites – the Council of Seven Men .

Peace made right on schedule: The introduction of true peace to the people of Earth – the Aquarian Age.

(In the “enhanced”, Silent Revolution Of Truth, Compilation Edition, the free PDF book, refer to page 1489, the council of seven men [also known as 7 Dark Ones] are fighting with each other – by murder and assassinations. The foretold alliance between the council of seven men and the last pope to start world war 3, pages 1485, 1480. The pending last pope, page 325. Note: Use the page number display located at top right to find the correct page. Free book, PDF Format – Links: Book Summary | and Download Book)

BATTLE FOR WORLD / RT | March 24, 2019: The video highlights that Italy became the first G7 nation to sign up for Beijing’s multibillion-dollar Belt and Road Initiative. The deal was struck amid warnings from Rome’s EU partners against negotiating with China alone. (BattleForWorld: And most likely Italy was able to push ahead with help from the Vatican, despite pressure from the West to ignore China.)

BATTLE FOR WORLD / SPUTNIK NEWS | February 25, 2019: The article highlights that at the Munich Security Conference over the weekend (the third week in February), U.S. Vice President Mike Pence boasted about “renewed American leadership on the world stage,” while talking up sanctions against Russia, tough tariffs against China, ‘confrontation’ with Iran, and U.S. intentions to withdraw from the INF Treaty.

Despite the U.S. vice president’s remarks at the Munich conference, Washington DC is in fact losing ground to Russia, China, and even Iran, Spiegel Online wrote.

And said, in reality, the world Pence was describing was a “strange parallel world” which “has little to do with reality.” (BattleForWorld: An indication that the U.S. empire is waning.)

Spiegel continues: “America is not leading; it is retreating. Other powers are moving into the vacuum left by Trump’s erratic ‘America First’ policy — China, Russia, but also Iran. And the U.S. is not leading, but giving instructions.” 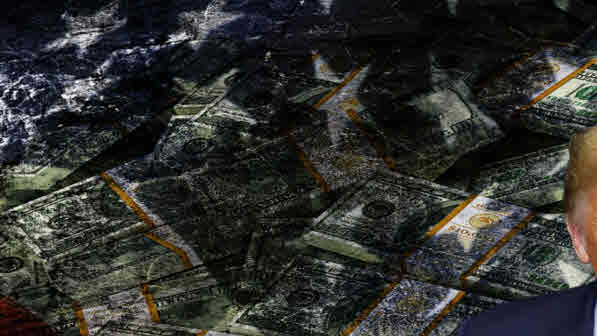