BATTLEFORWORLD.COM | January 18, 2021: The United States, Britain and Germany are all dragging Russia through the media for arresting the notorious agitator Alexei Navalny who the West calls the “opposition leader”, and upon returning home he was ordered by a judge to remand in custody for 30 days, his spokeswoman Kira Yarmysh said on Twitter.

As usual, these events often appear to be timely and the Navalny saga just continues to excite tensions in relations between Moscow and the West since his suspicious poisoning that has played like a broken record in the corporate media.

Even the U.S. President-elect Joe Biden national security adviser Jake Sullivan called on Russian authorities to free Navalny. Saying that “Mr. Navalny should be immediately released, and the perpetrators of the outrageous attack on his life must be held accountable,” Sullivan tweeted. And waiting in the wings is Victoria Nuland from Biden’s administration to pour more fuel on the tension.

With Biden crawling into office with his side nurse the long awaited Bolshevik power grab in the United States is almost complete, but will it be allowed to stand? (Trump and Biden play TikTok, article here.)

It’s rather suspicious that the United States foreign policy always remain the same no matter who’s in the White House.

(In the Silent Revolution Of Truth, Compilation Edition, Volume 2, the free PDF book: Download and read about Alexei Anatolievich Navalny, this devious, vicious person pathologically oriented towards power; and power-hungry ones in state-leadership helping him; this Navalny is completely unscrupulous-vicious and capable of all that. What is on the cart with the devil? page 917. Navalny, who attacks Putin and wants to force him out of office, page 918. False-information also cheat the electorate, page 918. Bolshevik Revolution in America, page 930. Navalny exposed by the Kremlin as a CIA asset working to provoke political discord inside the country of Russia, pages 930, 917. Note: Use the page number display located at the top of the page to find the correct page. Free Book, PDF Format – Links: Book Summary | and Download Volume 2 Book)

BATTLEFORWORLD.COM | September 17, 2020: The Russian Alexey Navalny is being used by the West (United States, Britain and Europe) to stir up political discord inside Russia. The likely scenario of what happened is that Navalny’s handlers with clearance from the West, criminally smuggled into Russia a chemical substance used in the poisoning. A woman is under suspicion and is being sought after by Russian intelligence for questioning, but she discreetly fled to Germany and hiding there.

The case involving Navalny’s poising is a replay of the Sergey Skripal’s Novichok poising in Salisbury, England. These incidents are not to provide any truthful evidence in a lawful way, but rather to be used as slander in the public arena as propaganda against the country of Russia to try and influence the people of Russia against the Putin government.

The Bolsheviks who fled to the West (United States, Britain and Europe) have not given up their yearning quest to overthrow and dominate Russia to mistreat her people again. At the moment, the said countries with these 1917 Communist Revolutionaries that took over Russia with financing from New York and London are contriving and implementing every scenarios possible to bring down President Putin using the media as an attacking tool. As well, they are also corrupting the eastern states on Russia’s border, running anti-ops against the Russian state. All these provocations will ultimately one day bring about the much dreaded World War Three where three-quarters of the planet is destroyed along with billions of people murdered, this will be the doings of the West, done in blood by the defiant worldwide religious-movement being orchestrated from there.

The public must expect these adventurous attacks played out in media to continue. There will be more attacks that will be tried and propagandized in the media, and the purpose is to influence the people of Russia to turn against their government. Always, always, the same cast of characters are behind these melodramas sensationalized for media play out to bring ill will against Russia. And these are the same ones who are obsessed with misusing the Democrats and Republicans in the United States to maintain the destructive course of U.S. foreign policy to benefit the formation of the family’s one world order goal to enslave masses of people.

“This whole incident cannot but raise questions about some foul play being staged,” Russia’s envoy to the UN Vasily Nebenzya said at a UN Security Council session. “This leads to an unavoidable rhetorical question Latins posed in such situations: Cui bono? Is fecit cui prodest. Who is to benefit from this, that one did it.”

Articles about the Skripal drama:
1. UK Will Either Have To Offer Facts On ‘Russian Traces’ In Skripal Poisoning Or Apologize – Kremlin
2. Russia Should Go Away And Shut Up – UK Defense Minister Gavin Williamson

Alexey Navalny – the ambition of the West, is to have him become President of Russia so that the West can squander that country’s resources. Are the people of Russia that stupid to these blatant tricks being instigated from the West to overthrow their government?

The next poison and revive melodrama from the West against Russia awaits. Rehearsals…until the next big release date for media play out. The criminal Novichoking against Russia by the West, the next actor is unknown.

Will the U.S. Academy Awards give Skripal and Navalny Oscars for their artistic and technical merit?

Lets not forget the Olympics too, same shameful religious-family bandits, stealing the truth and replacing it with a media campaign of lies.

BATTLEFORWORLD.COM | October 1, 2020: It’s no secret that the ruling elites directing the EU Dictatorship, the United States and Britain are working in unison to create uprising in Russia. Even the current fare-up between Azerbaijan and Armenia, the West is very much playing a leading role.

These sham representatives the West keeps supporting to take over countries, one thing that is obvious is that they often behave strangely as if they have undergone some type of mind-programming, or even more shocking cloned agents managed by secret services.

On Thursday (October 1), the Kremlin spokesperson Dmitry Peskov revealed a shocking revelation, that Western intelligence agencies, and in particular, representatives from the American CIA, are working with the Russian opposition troublemaker Alexey Navalny.

“Probably, it is not the patient [Navalny] who works for the Western special services, but that the Western intelligence services work with him, this would be more correct (to say),” said Peskov. And that “Yes, we do have such information, I can even be more specific – these days specialists from the CIA (Central Intelligence Agency) staffers of the United States of America are working with him today. It is not the first time that he receives different instructions.”

“This is not the patient who works with the Western special services — these are the Western special services who work with him, this is a more precise wording. Yes, we do have such information, I can even be more specific: CIA staffers are working with him today. It is not the first time that he receives different instructions,” Peskov told reporters.

The Kremlin announced the bombshell news just hours after Navalny claimed Putin was behind his alleged poisoning in August (2020) in an interview with Germany’s Der Spiegel magazine, saying that he had “no other explanation for what happened.”

Peskov fired back at the troublemaking activist’s accusations against Putin, dismissing them all as “baseless” and “insulting”, and told reporters “we believe that such accusations against the Russian president are absolutely unfounded and unacceptable.”

(In the Silent Revolution Of Truth, Compilation Edition, Volume 2, the free PDF book: Download and read the CIA practically has unlimited power at its disposal, page 484. The CIA is more powerful than the entire government of the USA; The CIA also has permission to break every law in the whole world; also do not shy away from murdering in the USA, page 485. The CIA governs and controls the USA, rather the entire world; CIA is a world power; the CIA also murdered many politicians , page 486. The CIA responsible for the preparations of the martial overthrow of governments, page 487.  The CIA and their torture prisons; the CIA is authoritative, and invests millions of US dollars for that, page 488. Practically every laptop and computer’s system, the software can be controlled by the CIA; the CIA’s Carnivore computer searches, page 490. AOL (America Online) collects secret data about its customers worldwide, page 491, etc. Note: Use the page number display located at the top of the page to find the correct page. Free Book, PDF Format – Links: Book Summary | and Download Volume 2 Book) 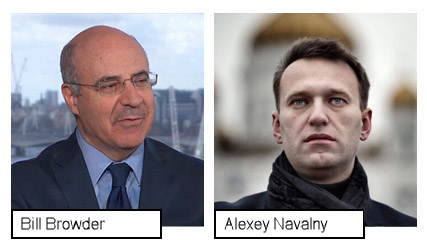 Russian TV: Bill Browder is a CIA agent, who recruited Navalny. (The original video linked was deleted by Youtube.)

UK and US say Russia fired a satellite weapon in space

BATTLEFORWORLD.COM | July 23, 2020: Well, even through the coronavirus COVID-19 is making the rounds inside the US with dire reports, if they are to be believed, the United States does not turn away the opportunity to create mischief.

Readers, according to a source, the story about Russia firing on a satellite is a cover story that leads to something bigger! And according to the source, the US and Israel are involved in the thick of it. More information to read here.

In the meantime, according to the cover story, both the US and the UK are simultaneously accusing Russia of testing a weapon-like projectile in space that could be used to target satellites in orbit. In a press release by the US State Department, the recent incident is describing the use of “what would appear to be actual in-orbit anti-satellite weaponry” and they are concern.

Russia’s defence ministry then reported later that it was using new technology to perform checks on Russian space equipment.

In the first release of the cover story back in February 2020, the US was raising concerns in media about new Russian satellite activity and has now decided to use the cover story to cover up something.

In a statement released Thursday (July 23) the US Assistant Secretary of State for International Security and Non-proliferation, Christopher Ford, accused Moscow of hypocrisy, saying that, after it had wanted arms control to be extended to space. That “Moscow aims to restrict the capabilities of the United States while clearly having no intention of halting its own counter-space programme.”*

*(BattleForWorld: But according to a source, no hypocrisy like that happened.)

Also the UK has made accusations for the first time about Russian test-firing in space. And just days prior an inquiry was released by the UK government about a “badly underestimated” threat posed by Russia. 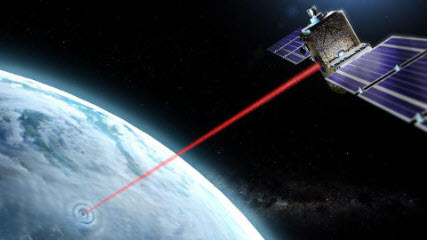 COVID-19 vaccine | A panacea or a chance to take shots at Russia?

BATTLEFORWORLD.COM | July 22, 2020: Russia has announced that it has successfully completed trials of a COVID-19 vaccine. However, the United States did not take the news too well, because Western media went into attack mode accusing Russia of stealing their coronavirus vaccine research.

The US saying this is like stealing answers from a test you haven’t yet taken. Since the US, officially, has no working vaccine, what is there to steal?

US Orders China to Shut Down its Houston, Texas Consulate in 72 Hours

BATTLEFORWORLD.COM | July 22, 2020: The Chinese Foreign Ministry said it was asked by the United States to close down its consulate in Houston, Texas. Beijing promises to retaliate if the decision is not reversed.

The US abrupt demand to shut down the consulate is seen as an “unprecedented escalation” of hostilities, the Chinese Foreign Ministry spokesperson Wang Wenbin told reporters.

BATTLEFORWORLD.COM | July 22, 2020: Earlier in the day, the US government ordered the closure of China’s Consulate General in Houston, Texas. In a move The US State Department said was aimed to ‘protect American intellectual property’.

In retaliation, China is considering shutting down the US consulate in Wuhan for Washington’s order to close the Chinese diplomatic mission in Houston, Reuters reported on Wednesday (July 22).

Is Russian influence in the UK now the ‘new normal’?