BATTLEFORWORLD.COM | March 31, 2021: A man identified as Richard Terrell from Goochland County has suffered a severe reaction after getting his COVID-19 jab using the Johnson & Johnson vaccine, and doctors at the VCU (Virginia Commonwealth University) Medical Center believe it was a direct result of the jab.

Terrell got the one-dose Johnson & Johnson vaccine on March 6 and said everything went perfectly fine, however four days later he started experiencing symptoms. Where he started suffering from a severe rash that spread all over his body turning his skin red. The 74-year-old senior was admitted to the hospital where he spent five days at VCU Medical Center. He was released from the hospital and is now sharing his vaccination ordeal as he recovers from his Goochland home. In an interview with 8News, Terrell said he’s still very weak and was told by the doctors that it will take some time to fully recover, but says he’s thankful to have received his vaccine jab.

That “It all just happened so fast. My skin peeled off,” he said; and “It’s still coming off on my hands now.” “I began to feel a little discomfort in my armpit and then a few days later I began to get an itchy rash, and then after that I began to swell and my skin turned red,” Terrell explained. The side effect has left his legs and hands almost unrecognizable from swelling and his skin got red and patchy. 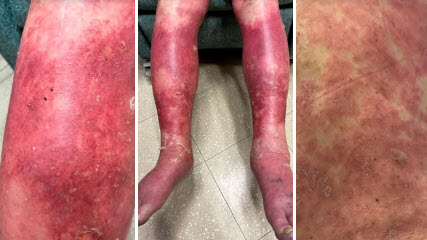 The side effect of skin-peeling from the one-dose Johnson & Johnson vaccine. (BattleForWorld.com: This reaction appears to be related to an autoimmune response, triggering inflammation causing effects of eczema, psoriasis and rosacea. Could be from how the vaccine was made using animal cell-lines – cats and dogs.) 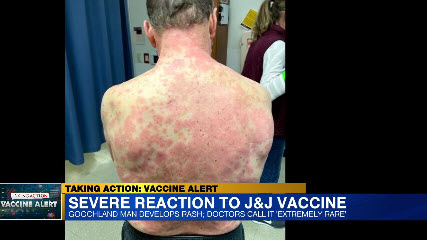 Side effect of redness on back from the one-dose Johnson & Johnson vaccine.

BATTLEFORWORLD.COM | March 31, 2021: Retired TV anchor Karen Hudson-Samuels was found dead at her home 24-hours after taking the COVID-19 vaccine. She led a career in broadcast journalism for over four decades in Detroit. The official cause of her death at the time was unknown, but her husband, Cliff Samuels said, “We suspect it may have just been a stroke but because of the normal side effects of the vaccine it may have masked that.”

(BattleForWorld.com: The autoimmune response due to the priming of the vaccine on the immune system may have triggered some type of inflammation resulting in death.) 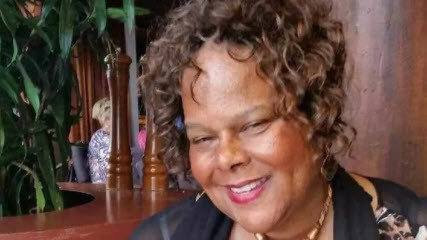