The United States is using Ukraine as a weapon against Russia

BATTLEFORWORLD.COM | June 25, 2022: According to the American director Oliver Stone in an interview with La Repubblica newspaper, the United States is using Ukraine as a weapon against Russia. And said the war was provoked, but he believes that in the end everything will turn against the United States.

“Our energy and food supply largely depend on Russia. Everything will turn against us (i.e. the U.S.), and we are already seeing this with inflation. Ukraine is used by the United States as a weapon against Russia. They say that the war was not provoked, but I think it was,” said Oliver Stone.

Posting: The Fall Of America Will Happen 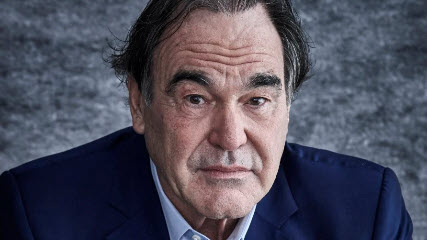 IMF sees significant downside risks for US economy growth in 2022

BATTLEFORWORLD.COM | June 25, 2022: The IMF Managing Director Kristalina Georgieva said that the US economy is unlikely to avoid a recession.

“Where we see the snaring path ahead it and what are the biggest risks any of course, high energy prices. This is a risk for US economy and for the world economy as a whole. Not only because it affects inflation, but because it has a broader consequences for growth prospects. When we look at the potential for some withdrawal of oil supply, that of course, could create an it does create further pressure on oil prices,” said Georgieva, head of IMF.

Kim Dotcom Breaks Down The True Scale Of US Government Debt, And Says A Major Global Collapse Is Coming

BATTLEFORWORLD.COM | June 18, 2022: Kim Dotcom starts off his Twitter posting saying: “This may be the most important thread I ever make. The big picture stuff about the major global collapse that is coming. – I will try to help you understand why the future is not what we’re hoping for. It’s worse than most can imagine. Our leaders know. But what are they planning?”

“The United States did not have a surplus or a balanced budget since 2001. In the last 50 years the US only had 4 years of profit. In fact all the profit the US had would not be enough to pay for 6 months of the current yearly deficit. So how did the US pay for things?”

“The US spending and debt have spiraled out of control and the Govt can only raise the money it needs by printing it. That causes inflation. It’s like taxing you extra because you pay more for the things you need and all your assets decline in value.”

“The reason why the US got away with it for so long is because USD is the worlds reserve currency. Nations everywhere hold USD as a secure asset. So when the US Govt prints trillions it’s robbing Americans and the entire world. The biggest theft in history.” (Printing the US money, an explanation is given, here.)

“The problem is that this has been going for decades and there’s now no way to fix it. The reality is that the US has been bankrupt for some time and what’s coming is a nightmare: Mass poverty and a new system of control. Let me explain why this isn’t just doom and gloom talk.”

“Total US debt is at $90 trillion. US unfunded liabilities are at $169 trillion. Combined that’s $778,000 per US citizen or $2,067,000 per US tax payer.” “Remember, the only way the US Government can operate now is by printing more money. Which means hyperinflation is inevitable.” “The total value of ALL companies listed on the US stock market is $53 trillion. The real value is much lower because the US has been printing trillions to provide interest free loans to investment banks to pump up the stock market. It’s a scam. Most of the $53 trillion is air.” “The value of all US assets combined, every piece of land, real estate, all savings, all companies, everything that all citizens, businesses, entities and the state own is worth $193 trillion. That number is also full of air just like the US stock market.”

“So even if the US could sell all assets at the current value, which is impossible, it would still be broke. The US is beyond bankrupt. This patient is already dead. This patient is now a zombie. You probably wonder why are things still going? Why didn’t everything collapse yet.

“It’s all perception, denial and dependency. The perception is that the US has the largest economy and the strongest military in the world. But in reality the US is broke and can’t afford its army. The denial is that all nations depend on a strong USD or global markets collapse. The reason why the US zombie keeps going is because the end of the US is the end of western prosperity and an admission that the current system failed as a model for the world. It doesn’t change the reality. The collapse is inevitable and coming.”

“You may have heard about The ‘Great Reset’ or the ‘New World Order’. Is it a controlled demolition of the global markets, economies and the world as we know it? A shift into a new dystopian future where the elites are the masters of the slaves without the cosmetics of democracy? Without a controlled demolition the world will collapse for all, including the elites. The world has changed so much and nothing seems to make sense anymore, the blatant corruption is out in the open, the obvious propaganda media, the erosion of our rights. What’s the end game?”

Posting: The Fall Of America Will Happen 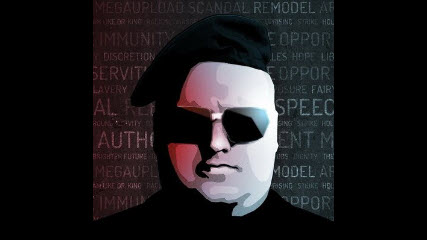 (In the Silent Revolution Of Truth, Compilation Edition, Volume 1, the free PDF book: Download and read about: USA superpower status could come to an end after 2020, page 330. Third World War could develop from it, page 327. The United States decides to start World War III, page 420. Looming economic crash of the United States, page 673. Alliance – Powerful Force Against The West – 2020, page 693.  The USA as one who’s eager to lead and because of this obsession in the end will drown, page 1412. The whole financial system the world over will be overturned; retirement-institutions will no longer be able to pay pensioners, page 1414. The USA Collapses After 2020 – Government And Economy; Debt, Dollar, page 1479.  The United States government has collapsed, page 1480.    Note: Use the page number display located at top right to find the correct page. Free Book, PDF Format – Links: Book Summary – Volume 1 | and Download Book – Volume 1)

The Summer and Fall in America 2022

BATTLEFORWORLD.COM | May 25, 2022: This forecast is based on what was conveyed to Judge Napolitano by Col. Douglas Macgregor, that as the Ukraine conflict gets drowned out, the focus will be on internal problems breaking out in America.

Napolitano: …How much longer do you think this goes on? The War?

Macgregor: I think as we move through the summer (2022) and reach the fall, we are going to have crises  here at home (i.e. in America). They will be very severe. Those will involve financial matters as well as food shortages, fuel prices, etc. I think we are going to watch our economy gradually implode. A number of potential bubbles are going to start bursting. As that occurs, the less and less interest in what’s going on overseas. I just don’t think we can focus on what’s happening in Ukraine at the expense of what’s going to happen here in the United States. …

(BattleForWorld.com: A posting about this from months ago can be read here.)

Napolitano: How temping is it for Vladimir Putin to destroy the enormous cache of US military equipment being stored in Poland? …

Macgregor: …I think he (Putin) is going to be very focus consolidating what’s being won in eastern Ukraine. I think we are going to see most of it, either annexed directly to Russia or perhaps declared as a new Russian-Ukrainian republic allied with Moscow. …

(BattleForWorld.com: And the western press reported that Henry Kissinger said that “Ukraine must give Russia territory”, [posting, here].)

(In the Silent Revolution Of Truth, Compilation Edition, Volume 3, the free PDF book: Download and read: Earthlings Should Think About What The USA Has Done On Earth, page 204.   The United States Of America Will Be A Country Of Total Destruction, page 231.  NATO Dependent On The USA, page 114.  Ursula Von Der Leyen, The EU Warmonger, page 126  The Military Is Used For Murder, Rape And Destruction, page 127.  The USA Outsource The Research Of Bio-Warfare Agents, page 167.  The War Inside Ukraine Is Controlled By America, page 179.  Note: Use the page number display located at top right to find the correct page. Free Book, PDF Format – Links: Book Summary | and Download Volume 3 Book)

Civil disturbance in America heating up, lets get the guns

BATTLEFORWORLD.COM | May 25, 2022: Mass shooting incidents keep repeating throughout the United States, and the speculation is that some form of clandestine activity is afoot to severely curb or shutdown access to guns. Because, due to the mismanagement of the Ruling Elites and royals governing countries through their puppet administrations, Mad Max scenarios become a real possibility.

(BattleForWorld.com: This was briefly referred to here, about the un-civil war.)

Another mass shooting rampage where purported gunman Salvador Romas, 18, went into Robb Elementary in Uvalde, Texas on Tuesday May 24, fatally shooting at least 19 children, including two school employees. The gunman is said to have also killed a relative prior to the shooting. The motive remains unclear. – And shortly after the horrific mass shooting in Texas, US President Joe Biden addressed the nation calling to finally challenge the gun lobby and enact some “common sense” gun control laws. That “The idea that an 18-year-old can walk into a gun store and buy two assault weapons – it’s just wrong. What in god’s name do you need it for except to kill someone?”

(BattleForWorld.com: So things are becoming more and more tense as America becomes disorganized due to fraud leadership –  where leaders are only in office to keep up appearances and make trouble in foreign countries.)

Source: ‘When Are We Gonna Stand Up to the Gun Lobby?’, here.