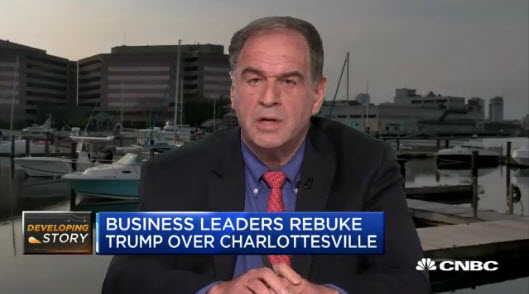 Gary Cohn resignation could be a setback to Trump’s plans

SPUTNIKNEWS – March 7, 2018: Foretold in the month of August 2017 on CNBC was the possibility that disruptive forces would try to have Gary Cohn resign to dismantle President Trump’s economic team. And on Tuesday (March 6) the former Goldman Sachs investment banker Gary Cohn resigned from his White House position as director of the National Economic Council after the commander-in-chief declared his intention to apply import tariffs to all aluminum and steel products entering the US. And it appears that tariffs are what finally pushed Cohn to resign.

Both Cohn and US President Donald Trump made glowing statements about each other in the latest White House departure, with Cohn expressing gratitude for the opportunity to contribute to the “historic tax reform” passed by the Trump administration last month and the president calling Gary a “rare talent” and commending him on a “superb job.” However, the laudatory statements may only thinly veil a deeper divide.

“I think this is telling, that there is so much chaos in this White House. So many unqualified people have been chosen for positions they didn’t belong in and now they are being either pushed out or running for the door. It is great this president can’t govern for his agenda. It’s a sight to see,” said columnist Ted Rall.

His decision to leave the role as the president’s top economic adviser underlines a fear that Trump, who last week announced tariffs on aluminum and steel, is increasingly adopting a protectionist stance. Many strategists and traders see that as a threat to the economic expansion should they spark a global trade war.