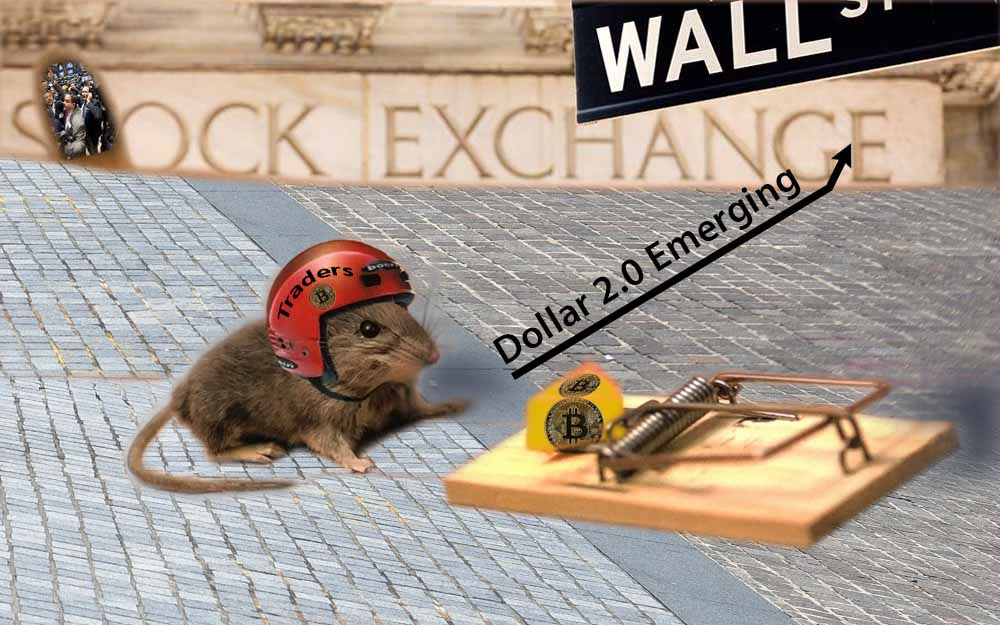 BATTLEFORWORLD – February 22, 2018: The Cryptocurrency phenomena? – Bitcoin was the first cryptocurrency to mysteriously appear on the market with analysts claiming that no one knows who is behind it. But according to the Russians, the American intelligence agency is behind it and that it is referred to as Dollar 2.0. Similar to how the US Dollar dominants in trade and oil transactions, etc. the American Intelligence group is setting up Bitcoin in that theme, but the cryptocurrency is not mature enough and will go through phases if it wants to dominate like the US Dollar. What is happening now with Bitcoin is the first phase of implementation and market chaos.

What has to happen now is that other parties/countries will also have to introduce cryptocurrencies similar to having their own currency bank notes and if they do not, Bitcoin will dominate like the US Dollar in worldwide transactions after reaching maturity, which should not be allowed to happen. It will give the controller of Bitcoin too much power in the footsteps of the US Dollar.

RT – February 21, 2018: A computing error at a Japanese cryptocurrency exchange Zaif has allowed some customers to claim digital tokens for $0. This raises further questions about security at crypto exchanges.

The unusual glitch happened with Zaif’s price calculation system and allowed seven customers to obtain digital money for free. Six of the transactions have been voided, and the exchange has been trying to resolve the problem with the seventh customer, who tried to cash out.

As Japanese newspaper Asahi Shimbun reports, this seventh client “purchased” 2,200 trillion yen ($20 trillion) worth of bitcoin and tried to withdraw it from the exchange. Bitcoin’s overall market capitalization is just a fraction of what the user wanted to order. All bitcoins in circulation are worth just $187 billion.

What Will Mergers and Acquisitions (M&A) Activity In The Cryptocurrency Market Look Like?

STEEMIT – February 22, 2018: The cryptocurrency market is booming and everyone is making bank (unless your portfolio strategy is to invest entirely in the adult crypto sector like bigboobs coin – you are probably doing well)

This is where the cryptocurrency market is now. Everyone is trying to be the first mover and/or positioning themselves for a piece of the market share pie. There are over 1300 cryptocurrencies on coinmarketcap.com, and no one really knows which noodles will stick. Emerging technology markets are like a software development sandbox or science experimentation lab.

Cryptocurrencies: High risk, high profit — but can you spend it?

RT – February 23, 2017: Anylists are now saying that volatility in the digital currency market makes it a problematic investment. And even if you accumulate a profit, it may cause struggles to get your hands on your money.

“For any investor, the main question is always how to cash out. Cryptocurrencies are decentralized and unregulated, which can be seen as a great achievement. But in terms of cashing out it is a big con,” Teletrade financial consultant Mikhail Grachev told RT.

The reasons are clear — a new, practically unregulated industry with a high level of anonymity. In case of a successful attack, the opportunity to cover up tracks and hide with money is much higher than in any other sector,” Mikhail Mashchenko, an analyst at social network for investors eToro, told RT. He advises that keeping cryptocurrencies offline is much safer.