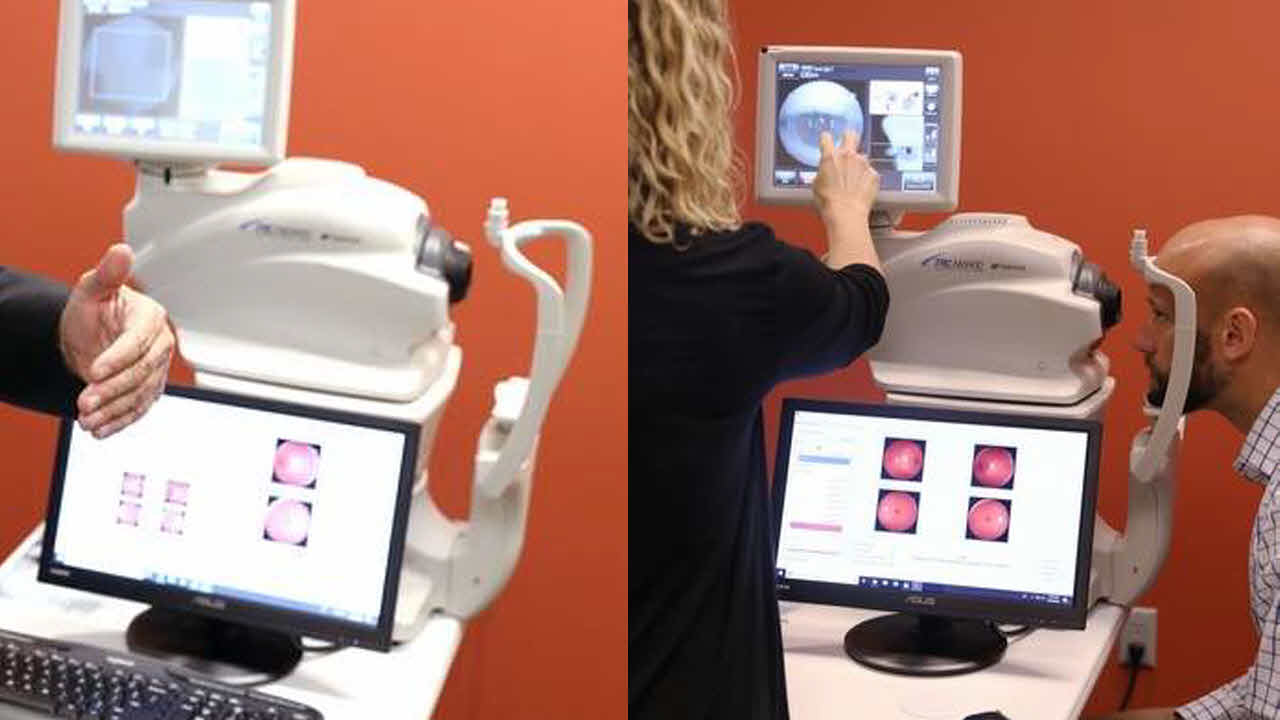 THE GAZETTE – July 25, 2018: The article highlights that the University of Iowa Hospitals and Clinics has become the first to employ new technology — developed by a company rooted in the university’s research engine — that uses artificial intelligence to diagnose an eye disease.

On June 12, the Diabetes and Endocrinology Center at UI Health Care-Iowa River Landing in Coralville began using the technology developed by IDx, the Coralville-based medical diagnostics company to diagnose diabetic retinopathy, a diabetes complication that can cause blindness.

The device referred to as IDx-DR, uses software and a retinal camera to take images of a patient’s retina. From there, the AI analyzes the patient’s images “the same way I do as a clinician” to determine if the patient has the condition, said Dr. Michael Abramoff, president and director of IDx and UI Health Care ophthalmologist.

Reader, Paul: “The *** dream of the elite is to have a group of “spiritual automatons”. Even if it could be achieved, it would never be allowed by off planet powerful forces. The ETs that contact a few on Earth, are many thousands of years more advanced than we are. They have a mental interface to their quantum computers and can transfer massive amounts of data back and forth in a few seconds. They can change the programming of their quantum computers with the mental interface. Even these incredibly advanced ETs do not have any kind of biomechanical beings on their team. Pursuing AI is a foolish dead end that would end in a very dangerous outcome. Certainly, pursuing foolish goals is a hallmark of our elite.”

BATTLE FOR WORLD – July 29, 2018: Reply: There are, as far as I know [there could be more types], two types of artificial beings: 1. Biological androids that are really artificial replicas made in the image of the lifeforms who created them. These creations are enliven in the same way animals and plants are enliven using the electromagnetic life-force of nature. 2. Then you have bio-mechanical lifeforms – beings or replicas that are made up of biological components and machine components. These can range from manufacturing machines, robots and androids, etc.

Also  “advanced ETs” vary in stages of development, and there’s no one powerful group out there with the best technologies that dominates, dictates and amassing armies to fight all manner of bad guys.

AI (Artificial Intelligence or artificial mind) is just man trying to create a device that simulates all the workings of the human biological brain and the secrets are given in long steps.

And when an extraterrestrial race has mastered all the secrets of matter, which requires many millions of years of uninterrupted evolution, that race (of which there are few) also begins to transform. Such highly evolved races have no interest whatsoever to dialogue with Earth humans, none, as it is a waste of time, because their expertise is needed elsewhere.

No machine will ever be conscious

Reader, Paul: “The term “Artificial Intelligence” is a misnomer because such devices are actually “Expert Systems”. No machine will ever be conscious. The sophistication of the programming is great but naming it AI is simply untrue.”

BATTLE FOR WORLD – July 29, 2018: Reply: Correct – in the way we currently understand machine as mechanical.

There’s another technological development call “bio-mechanical” interface. When we fuse the “biological workings” to “mechanical workings”. We then will be able to give mechanical things consciousness. We are still centuries away from perfecting this technology.

We are in the first application developments of AI (“Artificial Intelligence”) – which is still primitive because it relies on code-workings in the mechanical. This code-workings will one day advance to “biological workings” to fuse a consciousness to mechanical device/machine. These future machines will be very quick acting – very responsive, decision making, reasoning and inventive like humans.