BATTLE FOR WORLD / TASS | January 29, 2019: Bob Lazar was the first to talk about the super heavy element 115 from working at Area 51 involving advanced technologies.

Some decades after element 115 was being theorized and later synthesized according to previous news reports; and at present Russian scientists will hold the first experiments at the Super-Heavy Element Factory in Dubna near Moscow in April (2019) to synthesize the elements 114 and 115 from Mendeleev’s Periodic Table, said Yuri Oganesyan from the Scientific Director of the Flerov Laboratory at the Joint Institute for Nuclear Research to TASS on Tuesday (January 29).

The world’s first Super-Heavy Element Factory (the DC-280 accelerator) will help scientists synthesize and study new elements of Mendeleev’s Periodic Table of Chemical Elements. And work has been actually launched at the world’s major nuclear physics centers to synthesize the elements of 119, 120 and 121. The Joint Institute for Nuclear Research expects the Super-Heavy Element Factory to help research along and to be the first to obtain these chemical elements.

“What interest does the 119th element evoke? The 118th is the last element in its row and the 119th is the first in a new row. So, will there be a big difference between them, a big leap? This has to be found,” the scientist said.

(BattleForWorld: An indication of “transitional elements” of which there are many. Maybe in 900 years the research to synthesize all the elements will succeed. The quest for deeper understanding of subatomic physics and from which the profession of Physics will undergo major changes because many errors will be found and corrected by the future younger ones. The search to unlock the last fantasy into reality. Good luck, we will need the technologies that come forth.) 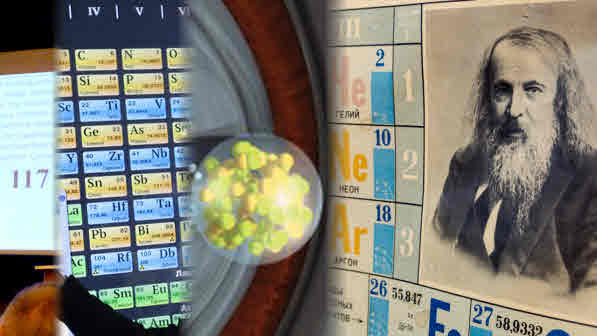