BATTLE FOR WORLD / USA NEWS | April 23, 2019: The article highlights that syphilis, a sexually transmitted disease once largely contained, is now spreading in a new demographic ‒ suburban and rural parts of the United States Midwest, where health care funding has been reduced, and the lack of experience among some small town doctors and the conservative attitudes about sex is making the spread of the disease difficult to stop.

In 2018 the US Centers for Disease Control (CDC) reported that syphilis was increasing in the US, with overall reported cases of primary and secondary syphilis nearly doubling between 2013 (with 17,375 reported cases) and 2017 (the number of cases reported was 30,644). The US Midwest followed that trend, with cases increasing from 2,729 in the year 2013 to 4,182 in 2017. The only area in the United States to show a sharper increase was the western parts.

The rise in STD cases in the Midwest is followed with the opioid epidemic gripping parts of America. A CDC report from February 2019 revealed that opioid, methamphetamine and heroin use increased among new syphilis patients. And “During 2013-2017, the national annual rate of reported primary and secondary (P&S) syphilis cases in the United States increased 72.7%, from 5.5 to 9.5 cases per 100,000 population,” the report said, noting that the highest rates are among men who have sex with men (MSM), but that the syphilis rate among women had increased to 155.6 percent.

“The decline in resources isn’t unique to Iowa,” said the Hawk Eye report. And “According to the CDC, more than half of state and local STD program budgets have been cut in recent years. These cuts have resulted in staff layoffs, reduced clinic hours and increased co-pays, in turn limiting access to health care services.” Iowa’s STD funding has been slashed by $82,000 over the past 10 years, noted Iowa Department of Health STD program manager George Walton to Kaiser Health News.

Some of the findings indicate that a substantial percentage of heterosexual syphilis transmission is occurring among persons who use these drugs, particularly methamphetamine. Where a pattern of risky sex or trading sex for drugs worsens the outbreaks.

(In the Silent Revolution Of Truth, Compilation Edition, Volume 1, “enhanced”, the free PDF book: Download and read about what happened in the year 1908 is Tunguska, Siberia, Russia, where a foreign group from Bardan was badly infected with syphilis, page 397. This is the factual story about the Tunguska incident. Note: Use the page number display located at top right to find the correct page. Free Book, PDF Format – Links: Book Summary | and Download Book Volume 1) 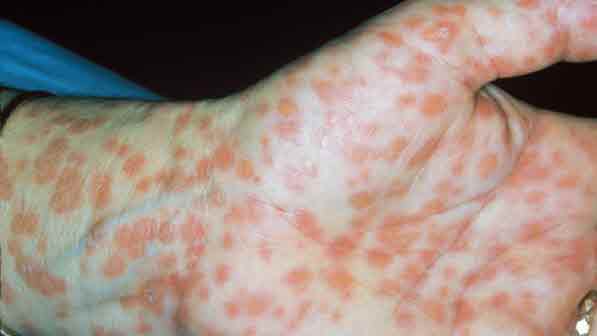