BATTLE FOR WORLD / RT | May 2, 2019: The video highlights US Navy SEALs commandos from Team 7’s Alpha Platoon who testified about the grisly details of Chief Special Warfare Operator Eddie Gallagher’s possible war crimes in Iraq. The SEALs said he shot civilians with a sniper rifle and that he killed an unarmed insurgent with a hunting knife and posed with his corpse.

BATTLE FOR WORLD / NAVY TIMES | May 2, 2019: The article highlights the court-martial proceedings against Special Warfare Operator Chief Edward “Eddie” Gallagher for allegedly stabbing to death an Islamic State prisoner in Iraq, the case has expanded to target other members of SEAL Team 6.

Leaked search warrant documents and email messages from Naval Criminal Investigative Service agents to Navy Times reveal the seizure of cell phones and electronic communications beginning in early February (2019), allegedly to prove that Gallagher urged fellow SEALs at the Naval Special Warfare Development Group — or DEVGRU — to obstruct justice or retaliate against junior sailors who exposed him for war crimes [in Iraq].

The suspect prosecutors are trying to prove collusion between Gallagher and other SEAL leaders at California’s Naval Base Coronado and members of the color-coded DEVGRU squadrons in Virginia. The prosecutors have charged Gallagher’s SEAL platoon leader, Lt. Jacob X. “Jake” Portier, for allegedly trying to cover-up his chief’s crimes.

But Gallagher has pleaded not guilty to war crimes charges stemming from his deployment to Iraq nearly two years ago. 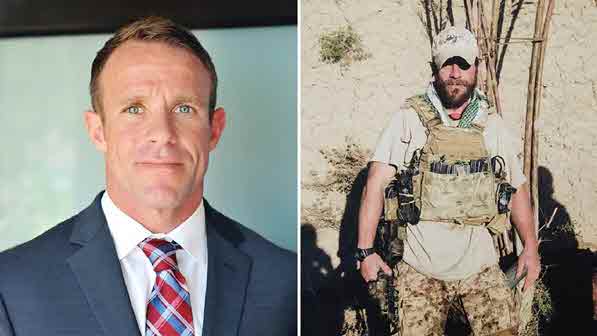 BATTLE FOR WORLD / COMMON DREAMS | May 9, 2019: The article highlights that President Donald Trump on Monday (May 6) evening pardoned an American soldier for murdering an Iraqi prisoner during 2008 spring fighting in that country. The move has generated outrage from progressives and human rights activists. (BattleForWorld: The entire Iraq war saga was based on lies that were pushed by the media to justify invasion into the country. And something similar is being planned for Venezuela.)

First Lt. Michael Behenna was sentenced to 25 years in prison in 2009 for the murder he did while in Iraq, and was released on parole in 2014.

In a post of Twitter, human rights activist Qasim Rashi noted the details of the crime, saying that Behenna was ordered to release an innocent Iraqi man they had no evidence to hold. But Behenna instead: •dragged him under a bridge. •stripped him naked. •tortured him. •shot him dead. •set a grenade under his corpse to burn the body.

(In the Silent Revolution Of Truth, Compilation Edition, Volume 1, “enhanced”, the free PDF book: Download and read about the people of the Earth will still cry out in the coming years, when the two B. (i.e. Bush Sr. and Bush Jr.) take over the presidency in America, page 276. George Walker Bush in regards to power and the engagement of force, page 350. The two Bush presidents in America, pages 351, 352 and 353. The Terror War was officially started by George Bush Jr. on September 11, 2001, page 663. President Bush Jr. to respond to terrorism all over the world, page 904. The USA and especially two of its irresponsible US Presidents – father and son (i.e. Bush Sr. and Bush Jr.) – will have to bear the responsibility for both wars, page 1085. The war mayhem Bush Sr. and Bush Jr. plan to unleash in the Middle East, page 1168. Bush Sr. faction, 1488. George W. Bush and cohorts, page 1491. The US army marched into Iraq with tremendous spreading lies, page 1550. Note: Use the page number display located at top right to find the correct page. Free Book, PDF Format – Links: Book Summary | and Download Book – Volume 1) 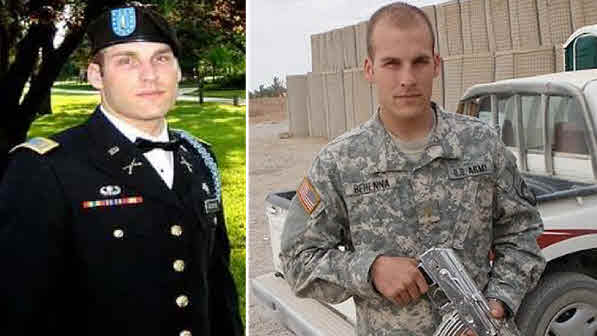 US Navy spying on media through data technology

BATTLE FOR WORLD / MILITARY TIMES | May 22, 2019: The Article highlights that a secret tracking device found in Navy email to Navy Times amid leak investigation raises legal and ethical questions.

A Navy prosecutor sent an email to the editor of Navy Times that was embedded with a secret digital tracking device – contained hidden computer coding designed to extract the IP address of the Navy Times computer network and to send that information back to a server located in San Diego. The tracking device (code) came at a time when the Naval Criminal Investigative Service is mounting an investigation into media leaks surrounding the high-profile court-martial of a Navy SEAL accused of war crimes.

The incident regarding that email from Navy prosecutor Cmdr. Christopher Czaplak to Navy Times editor Carl Prine, came after several months of Navy Times reporting that raised serious questions regarding the Navy lawyers’ handling of the prosecution in the war crimes case.

The case has raised questions about how far the Navy will go in pursuing leaks and whether the government is illegally spying on journalists and defense attorneys in the case of the accused Navy SEAL.