BATTLE FOR WORLD / THE HINDU | June 27, 2019: The article highlights the international detergent brand Ariel caught up in controversy for an advertisement questioning gender stereotypes in the conservative patriarchal country of Pakistan, with religious critics denouncing the company for insulting Islam.

The commercial narrative for Ariel soap calls for women to break free of conservatives norms and pursue careers. And shows several women representing different professions, such as a journalist, doctor, construction worker, cricket player, etc. as the women expressing their freedom pushing dirty sheets hanging on a clothesline off the TV screen.

Written on the sheets are common shun phrases used to reinforce the oppression of women in Pakistan, asking the question “What will people say?”, which signals scandal every time a woman chooses to challenge gender norms. The ad ends with a close-up photo of the Pakistan women’s cricket team captain Bismah Maroof saying: “Stay within the house… these are not only sentences but stains”.

Social media websites are abuzz about the issue, with conservatives lambasting the ad message. A poster on Twitter, Binte Suleman, said: “They (are) insulting Islamic teaching in their advertising.”

(In the Silent Revolution Of Truth, Compilation Edition, Volume 1, “enhanced”, the free PDF book: Download and read about the position of  women, page 1425. The horrible bad habit of men of different cultures, and women and men are equivalent human beings, page 1426.  Many cultures are influenced by millennium-old oppression of women by the majority of the men, page 1428. Note: Use the page number display located at top right to find the correct page. Free Book, PDF Format – Links: Book Summary | and Download Book – Volume 1) 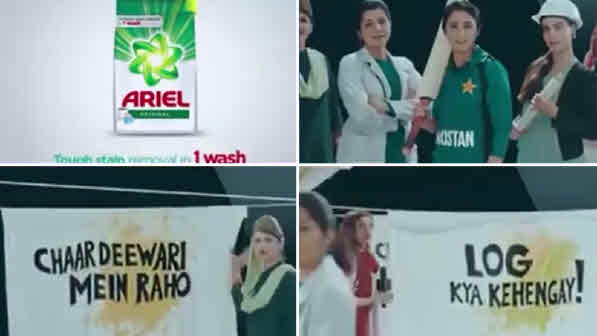 BATTLE FOR WORLD / THE SUN | April 16, 2019: The article highlights that a leading academic and cleric from World Cup host country Qatar has filmed a shocking guide on how Muslim men should beat their wives. The video described as vile, features Abd Al-Aziz Al-Khazraj demonstrating how to “punish” a woman in accordance with Islamic law.

In a further sick and disturbing display, the sociologist used a school-age boy called Nayef as example to show how to deliver beatings “out of love”, he says, so a woman can feel a “man’s strength”.

And he repulsively said that some women enjoyed being married to “violent and powerful husbands”.

But he cautioned that: “Some people punch her or slap her on the face… That’s not allowed.”

(In the Silent Revolution Of Truth, Compilation Edition, “enhanced”, the free PDF book: Download and read about the position of women, page 1425. Horrible bad habit of the men of different cultures, page 1426. Many societies are influenced by millennium-old oppression of women by the majority of the men, page 1428. Note: Use the page number display located at top right to find the correct page. Free Book, PDF Format – Links: Book Summary | and Download Book)

BATTLE FOR WORLD / SPUTNIK NEWS – January 12, 2018: The article highlights that the US Department of State has approved thousands of requests made by older men wanting to bring their underage spouses or fiancées to the Land of the Free, according to government data collected by the Associated Press reveals.

Reviewing the data from 2007 to 2017, reporters found that the US Citizenship and Immigration Services (USCIS), which is the agency that first examines petitions before passing them to the State Department for approval, received some 3.5 million petitions during that period of time.

Of the 3.5 million petitions, the data shows that the State Department gave their seal of approval to 5,556 cases that detailed applicants, 149 of whom were aged 40 and older, wanting to bring their minor spouses or fiancées stateside. Another 2,926 approvals were given to minors seeking to bring older spouses to the US.

But the matter of child brides isn’t only linked to petitions submitted to the USCIS. A 2017 report by the Tahirih Justice Center, an advocacy organization focused on protecting the rights of immigrant women and girls, found that more than 200,000 children under 18 were married in the US between 2010 and 2015. 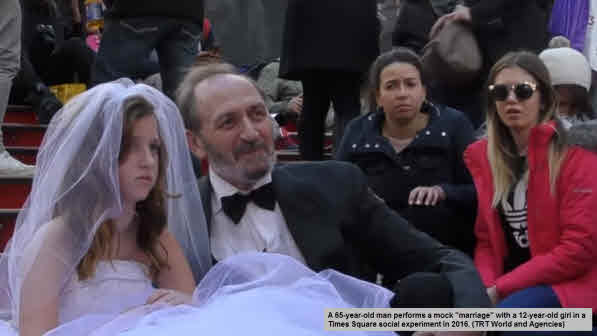