Thousands getting implants in hands to replace cash, credit cards

BATTLE FOR WORLD / NEW YORK POST | July 15, 2019: The article highlights that thousands of people in Sweden are having the much talked about futuristic microchips implanted under their skin to carry out everyday activities, replacing credit cards and cash.

There are claims that more than 4,000 people have already had the dreaded sci-fi beast chips, about the size of a grain of rice, inserted into their hands and the pioneers are predicting that millions will soon join them as they hope to take it global. (BattleForWorld: If they are predicting millions to join them, that means some type of instigated event, a financial mishap, is pending to galvanize the people into accepting the microchip implant as normal as everyday credit cards.)

The microchip stop and inject method was developed by former body piercer Jowan Österlund, who refer to the technology a “moonshot” and told Fortune magazine that he’s been approached by hopeful investors “on every continent except Antarctica.”

“Tech will move into the body,” said Österlund, Biohax International founder. “I am sure of that.” 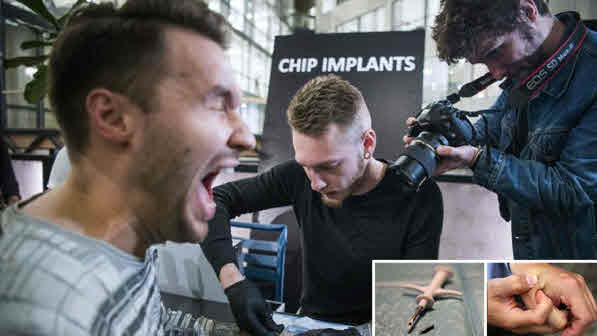 BATTLE FOR WORLD / THE GUARDIAN – November 12, 2018: The article highlights that the Trades Union Congress in Britain concerned over tech being used to control and micromanage employees.

(BattleForWorld: The plan to bring this eventually about has been foresighted for decades and is part of the all-wide planetary surveillance system being implemented by the ruling elites.)

Britain’s biggest employer organisation and main trade union body are very concerned and have sounded the alarm over the prospect of British companies implanting staff with microchips to improve security.

UK firm BioTeq was established to offer the implants to businesses and individuals, and has already fitted 150 implants in the UK.

The tiny microchips, implanted in the flesh between the thumb and forefinger, are similar to those for pets — that have been tested for many years. The implanted chip according to the firm enables people to open their front door, access their office or start their car with a wave of their hand, and can also store medical data.

A similar company called Biohax of Sweden, also provides human chip implants the size of a grain of rice.

The UK organization CBI spokesperson said: “While technology is changing the way we work, this makes for distinctly uncomfortable reading. Firms should be concentrating on rather more immediate priorities and focusing on engaging their employees.”

General Secretary Frances O’Grady of the British Trades Union Congress said: “We know workers are already concerned that some employers are using tech to control and micromanage, whittling away their staff’s right to privacy.”

And “Microchipping would give bosses even more power and control over their workers. There are obvious risks involved, and employers must not brush them aside, or pressure staff into being chipped.”

(BattleForWorld: And the Orwellian society continues to take shape to enslave and control the people all in the name of wonderfully sounding things.)

(In the Silent Revolution Of Truth, Compilation Edition, Volume 1, “enhanced”, the free PDF book: Download and read about the micro-chipping of the Earth people foretold long ago and the future of Earth with Dictatorial Monitoring/Tracking system, pages 1262 – 1264.  Global totalitarian and dictatorial surveillance-states, page 1415.    Note: Use the page number display located at top right to find the correct page. UPDATED, PDF Format – Links: Book Summary | and Download Volume 1 Book) 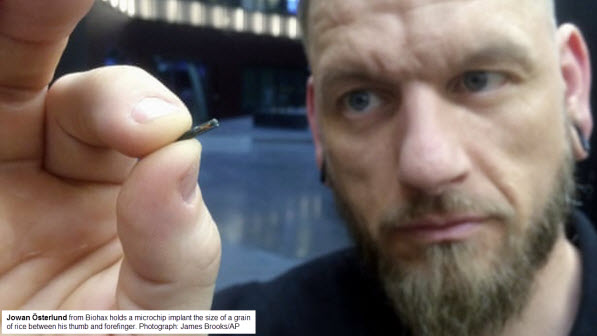 Consequences of Taking the Mark of the Beast

BATTLE FOR WORLD – November 14, 2018: TruNews reports on the microchipping news headlined from the British press. The host brings up bible scripture, the mark of the beast, supporting the subject matter.

BATTLE FOR WORLD – December 31, 2018: The Beast (the Anti-Christ) will be the first to call for punishment against those who refuse his mark (i.e. decisions, rules, laws, treaties, etc.), with that of sanctions, tariffs, wars, etc. so they cannot buy or sell – trade, because they are refusing the mark, the power of the Beast.

The Beast must have his way all the time, because he’s exceptional and is ordained by the Ruling Elites to do whatever he pleases.

When the Mark of the Beast is discussed it is generally assigned to the people, which excludes governments, financial workings, treaties with countries, etc. But the mark must always include everything because the movement is the foundation and is working towards an underhanded dictatorship masquerading as something otherwise.

It is the Beast Movement that is trying to subdue all – fighting against governments and people. 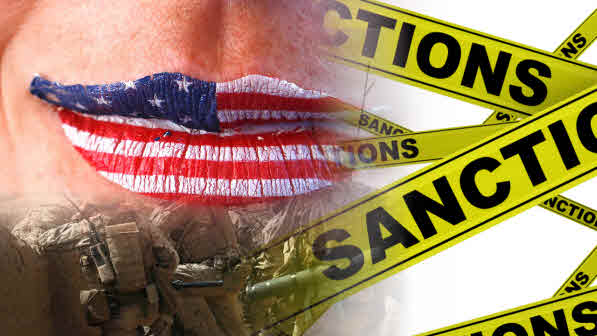 In a cashless society, ‘the chip will replace YOU!’

BATTLE FOR WORLD / RT AMERICA – November 28, 2018: The video highlights that thousands of Swedes have been microchipped to allow them to conveniently pay for goods and services without cash, credit card or smartphone. Now, Swedish companies are asking their employees to accept such implants to aid in identification and security clearance. Lionel of Lionel Media sees the ominous trend as “the mark of the beast” and yet more evidence that “we’ve lost all sense of freedom.”

Mandatory Implantation of Microchips in Employees?

BATTLE FOR WORLD / CNS NEWS – December 8, 2018: The article highlights the idea of companies forcibly implanting their employees with microchips is making waves in Britain – although the government says it doubts the practice would be legal.

In recent years, companies marketing microchip implants have touted them as a convenient shortcut to many routine tasks requiring plastic cards, etc. Employing the same technology used in contactless credit cards, the tiny device is generally implanted in a worker’s hand and can be used for such things as opening doors or turning on devices.

Last month (November) a Scottish National Party lawmaker asked the government in an written parliamentary question whether it would take steps to ban the microchipping of employees by their employers.

Early this year (2018) a research paper produced for the European Union noted that there were no specific European laws, legal precedents or regulations dealing with microchipping of employees.

And according to institute spokeswoman Jenni Field, employees would have to go through minor surgery every few years just to keep pace with technological advances.

BATTLE FOR WORLD / SPUTNIK NEWS | February 5, 2017:  Employees at the Belgian digital marketing firm Newfusion, have had microchips inserted under their skin which allow them to open and close doors and access the company’s computers, Le Soir reported.

The microchips are the size of a grain of rice. They were inserted between the thumb and index finger of their hands.

The skin-inserted microchips replace the badges which the workers used to wear, and also contain personal data about the user.

BATTLE FOR WORLD / REVIEW JOURNAL – February 14, 2017: The idea for the bill came from the Las Vegas Republican State Sen. Becky Harris: a bill to prohibit forced microchipping of people is not as far-fetched as it might seem because it happens in some places around the world.

Senate Bill 109 would make it a Class C felony to require someone to be implanted with a radio frequency identifier, such as microchips placed in pets.

“As I began to look into the issue I was surprised with the merit that I believe the issue warrants,” Harris told the Senate Judiciary Committee on Monday.

She said sales of radio frequency identifiers are escalating around the world, and a company in Australia as of June 2016 sold more than 10,000 implantable chips with do-it-yourself kits.

“Each kit costs about $100 and includes a tag and an injection tool,” Harris said.

The Wall Street Journal has reported an estimated 30,000 to 50,000 chips have been sold globally, she said.

Harris said the technology is used by companies in Belgium and Sweden to identify employees.

“It’s done under the idea to unlock doors or use copy machines or maybe pay for lunch, you could use your hand,” she said.

Besides privacy concerns, Harris said the concept raises ethical questions, such as who owns the chip or the information contained on it. And how does someone get “de-chipped” if they are no longer employed by the company that required it. Link: Read Complete Article