(BattleForWorld: And with media channels like MSNBC, CNN, etc. the public is already getting a taste of what is to come, because the mainstream media channels are just pumping into viewers’ minds all sorts of lying information to play on emotions.)

Mattis wrote in an essay published Wednesday (August 28) by The Wall Street Journal, saying: “Unlike in the past, where we were unified and drew in allies, currently our own commons seems to be breaking apart.”

“Nations with allies thrive,” he wrote in the Journal essay, “and those without them wither. Alone, America cannot protect our people and our economy. At this time, we can see storm clouds gathering.”

(BattleForWorld: Mattis, I find it odd that you are writing such comments now, because you have been a participant in government being violined by special interests and the ruling elites implementing policies. Maybe you were Jeffrey-Epsteined and had to play along?

It is now obvious that the American public can no longer trust most of their politicians.)

“All Americans need to recognize that our democracy is an experiment — and one that can be reversed,” Mattis wrote, further adding, “Tribalism must not be allowed to destroy our experiment.”

(In the Silent Revolution Of Truth, Compilation Edition, Volume 1, “enhanced”, the free PDF book: Download and read, the human beings are not clear what democracy actually means, page 334.  A true democracy must therefore be built up without Gewalt [i.e. brutal execution of elemental might and force, but it is far above all might and all force] and coercion, page 583. Google – Eric Schmidt, these guys have sat down and decided, yes we want to monopolize this industry, yes we want to go anti-America, yes we want to undermine democracy, of course we do, because we are power thirsty and are psychopaths, page 1122. The fact and the truth is that both states, both the United States of America and the European Union, correspond to underhand dictatorships, page 1544. Two Terrible Civil Wars Will Break Out In America, pages 667 and 693. America Falls Into Two Civil Wars, page 1486. America falls as a power, page 419. Note: Use the page number display located at top right/left to find the correct page. Free Book, PDF Format – Links: Book Summary | and Download Volume 1 Book) 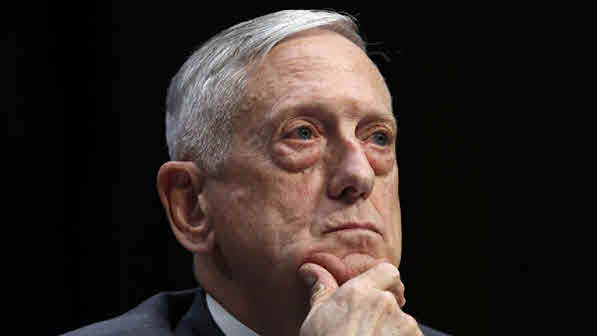 BATTLE FOR WORLD / SPUTNIK NEWS | August 30, 2019: Radio Sputnik’s Loud and Clear highlights the fact that MSNBC would rather weave conspiracies than talk about actual crimes, and the US media hypocrisy using the title “oligarch,” given the sinister overtone and bias it carries within the US media narrative.

Lee Camp host of RT America’s ‘Redacted Tonight’: “Billionaire wealthy elites: in Russia they’re called oligarchs, in America they’re called entrepreneurs and titans of industry,” Camp said. “A large Princeton study in 2014 showed that the American people have zero impact on American government decisions unless it aligns with corporate interests – which is the definition of an oligarchy.”

Cambridge University Press analysis regarding policies in the United States noted that “Testing Theories of American Politics: Elites, Interest Groups, and Average Citizens,” Princeton University Professor Martin Gilens and Northwestern University Professor Benjamin Page have concluded that the US cannot be considered a true democracy because wealthy elites and “organized groups representing business interests” have major impacts on US government policy, while the voting citizenry is lucky to make the slightest impact.

[BattleForWorld: The US media is on full blast information warfare mode pushing subject matters like environmentalism, Islam, Isis, etc. spreading messages with catch phrases, because young voters believe much of the daily barrage of information. And no time is given to expose the special interests and billionaires influencing US policies negatively.]

And Lee Camp said: “They [i.e. the media] need something so the average person is not pointing the finger at the billionaires and multi-multi-millionaires that run the system and have extracted all of the wealth.”

Listen to “MSNBC’s Lawrence O’Donnell forced to apologize for unsubstantiated story” on Spreaker.

Growing Number of Govts Shutting Down Internet To Quash Dissent

BATTLE FOR WORLD / ENM NEWS | September 3, 2019: Internet shutdowns have become one of the defining tools of government’s true or instigated repression in the 21st century as the Internet becomes weaponized and as growing number of countries talk about quashing dissent.

The shutdowns do more than stunt political voices in the true or fake democratic process, because they can destroy economies and individual businesses, as well as drastically disrupt the daily life of ordinary citizens.

The ruling elites hiding behind corporate media in the West typically use the Internet during times of civil unrest or political instability, and shutdown allows officials to stifle the flow of information true or instigated about government wrongdoing or to stop communication among activists.

“People always had this simplistic view that technology could only be used in one way — that it was this great tool for democracy,” said Kuda Hove, a digital rights researcher at the Media Institute of Southern Africa. But after the emergence of the shutdown, he said, “it dawned on them that the government could use technology against the people.” 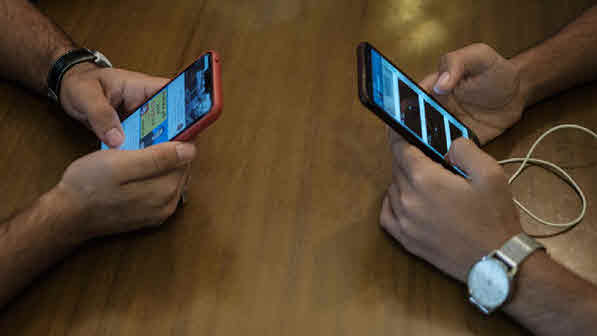 Pompeo: ‘I was the CIA director. We lied, we cheated, we stole’

BATTLE FOR WORLD / RT | April 22, 2019: The video highlights the U.S. Secretary of State Mike Pompeo bragging about the CIA. Where he said: “I was the CIA director. We lied, we cheated, we stole. It’s – it was like – we had entire training courses. It reminds you of the glory of the American Experiment”, said Pompeo.

(The Youtube title of the video posted by RT is “Pompeo: ‘I was the CIA director. We lied, we cheated, we stole'”)

BATTLE FOR WORLD / YAHOO | August 31, 2019: Oregon’s new “red flag” law was used by the FBI to seize guns from a former Marine said to have allegedly threatened to “slaughter” antifa demonstrators at a Portland rally in the early part of August, The Oregonian reported Friday (August 30).

The new regulation allows law enforcement to take proactive action to stop violence before it erupts to prevent any crime from being committed. Similar laws are being advanced in various states as a way to begin to deal more effectively with America’s burgeoning mass shooting toll.

He was also taken to a veterans hospital in Portland and released after spending 20 days, and was not charged with a crime — but he was also not allowed to attend the August demonstration staged by the white nationalist Proud Boys, which drew antifa counter-protesters. 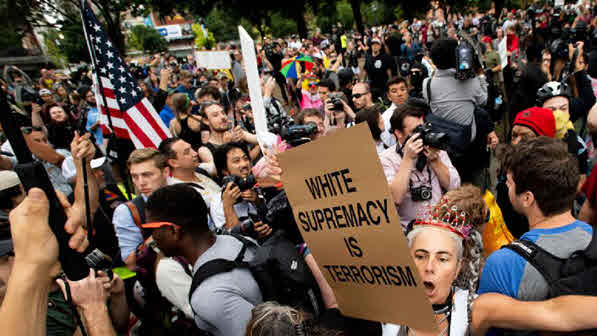 The men behind Hong Kong protests

BATTLE FOR WORLD / RT | September 5, 2019: Anti-China tycoon Jimmy Li, build up and supported by the West, he’s a businessman with hundreds of millions of dollars, impressive credentials and a hatred for China and solid connections to Washington DC with a documented and ongoing relationship with US National Security Advisor John Bolton.

A lot of the activists from Hong Kong were trained in preparation for the 2014 Occupy Central Protests movement in Hong Kong and were described as Weapons of Mass Destruction against the Chinese state. 10,000 protesters from Occupy Central were trained by Oslo Freedom Forum according to the BBC. So it’s very possible that thousands of anti-extradition law protesters were trained by the forum as well.  And comparisons are being made to the color revolutions due to the sketchy role US leaders and politicians have been playing.  What is going on in Hong Kong is called a leaderless movement, but clearly there are organizations that are pushing the anti-China movement in Hong Kong.

Someone from the Oslo Freedom Forum was actually in daily contact with a man named Joshua Wong, and this is the same Joshua Wong the so-called democracy activist that was caught in July (2019) meeting with the US State Department official in Hong Kong. And Mr. Wong also received an award from an organization called Freedom House, which is a subsidiary of The National Endowment for Democracy.

(In the Silent Revolution Of Truth, Compilation Edition, Volume 1, the free PDF book: Download and read: if the USA collapses, China could mount into the next world power [and this is why the neocons in the USA are being mischievous towards China, because they fear this eventuality and the breakout of world peace and prosperity and the end of all wars], page 330. What will happen if the United States collapses?, page 332. As the West continues to isolate Russia, Russia will continue the process of building a large alliance that consists of China and other Asian and Arab countries, page 693.  Positive powers, page 801. The United States to eventually fight a world war against Russia and China, page 861. The new economic order is moving ahead and China is playing an important role, and will eventually surpass the USA, page 1409. When those of the Northern pole [Russia and China] are united together, in the East [New York and London – the financial powers] will be great fear and trembling, page 1479. Note: Use the page number display located at top right/left in the PDF book to find the correct page. UPDATED, PDF Format – Links: Book Summary | and Download Book – Volume 1)