The World Economy Sliding Into First Recession Since 2009

BATTLE FOR WORLD / MSN | October 15, 2019: Analysts are concerned that the global economy is wobbling and could collapse; becomes the big question in financial markets, executive suites and corridors of power.

Investors were relieved Friday (Oct 11) as the U.S. accepts a partial trade agreement with China; and there were even signs the U.K. may reach an agreement in the Brexit divorce deal with the European Union. But debates continue swirling over how close the world is to its first recession since 2009.

Discussions are to be expected this week at the International Monetary Fund’s annual meeting in Washington DC; the organization that makes it their business to try and lure countries into debt. Ecuador is rebelling against the IMF and their draconian policies to cut the people’s needed subsidies.

The new boss of the IMF Kristalina Georgieva, sees a “serious risk” that the slowdown will spread, and on Tuesday (Oct 8) it’s likely to cut its 2019 global growth forecast from 3.2%, which is already the weakest since 2009.

With geopolitics never missing a beat, the U.S. is upset with Iran, who they blame, after a drone attack on Saudi Arabian oil fields. Some weeks later an Iranian oil tanker caught fire after two projectiles pierced its hall near the Saudi Arabian port of Jeddah on Friday (Oct 11) driving oil prices up. And protests in Iraq have turned violent, and Turkey has launched an offensive in Syria to remove terrorists cells protected by the US, with the US, the neocons and their allies pushing back to protect the terrorists from Turkey’s military operation. And marches in Hong Kong are having a negative effect and could push that economy into recession. Argentina is facing another fiscal crisis and could become unstable ousting a market-friendly government. And Ecuador, Peru and Venezuela also have political problems with the same cast of geopolitical characters playing dirty. An impeachment probe into Trump instigated by the neocons and their allies, as well as the 2020 election campaign could prompt the president to ramp up his anti-globalization agenda.

(In the Silent Revolution Of Truth, Compilation Edition, Volume 1, “enhanced”, the free PDF book: Download and read about how Donald Trump will set out against globalization and also against the USA interfering in foreign countries, page 828. And how ranks of fanatical Democrats have turned against Trump, page 827. Note: Use the page number display located at top right to find the correct page. UPDATED, PDF Format – Links: Book Summary | and Download Book Volume 1)

BATTLE FOR WORLD / NEW YORK POST | October 18, 2019: On Tuesday (Oct 15) JPMorgan Chase Chief Executive Jamie Dimon warned that a recession could be on the horizon and blame the continuing trade tensions with China.

“Of course there’s a recession ahead,” assured Dimon during a morning gathering with reporters after the bank announced its 3rd-quarter earnings. “What we don’t know is if it’s going to happen soon.”

Diamon continues, “It does look like geopolitics, particularly around China and trade, are reducing business confidence and business capital expenditure”. And that consumers have been largely unaffected by the trade war, as both strong home sales and unemployment hitting a 50-year low in September (2019), said Dimon. 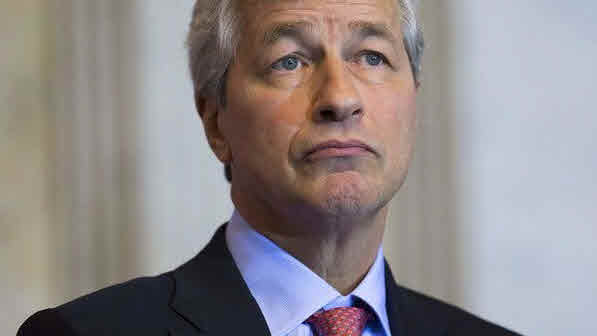 Stone said he’s doubtful that the bond market will provide any real return over the next decade (approximately 2019 to 2030), and that equity markets will suffer a substantial drop and then be flat, and said too much venture capital and private equity money will continue to chase too few investment opportunities.

([1] BattleForWorld: Yes, but the early signs of the recession will be suppressed by the Feds because they are pumping money into the markets to cool things down. All this will be convenient for Trump during his 2020 re-election campaign. And the cash reserves the elite investors are raising nothing has been said in what currency. But I will take a guess, Euro or Yuan. In 2020 an unnamed country will make a very big move in financial circles.)

“There’s more caution and fear of the public equity markets among ultra-high-net-worth investors,” according to Timothy O’Hara, who’s president of the Rockefeller Global Family Office. Saying “That has more people thinking about private investments, alternative investments or cash.”

Jeffrey Gundlach, chief investment officer of DoubleLine Capital, noted that he thinks there’s a 75% chance of a recession in the U.S. before the November 2020 presidential election [2], while economists surveyed by Bloomber predicted a 35% chance in the next 12 months.

([2] BattleForWorld: No Gundlach, the economists surveyed are correct.  The recession is going to be introduced at a moderate pace with a lot of economists appearing on television talking in circles.)

Family offices are now increasingly focused on a different kind of potential disruption: succession (breakaway?) planning [3]. This year 2019, 54% of those surveyed had a succession plan in place, up from 43% last year in 2018. Just one-third of global family offices, however, said they have written plans.

([3] BattleForWorld: Succession from what? The US Dollar?) 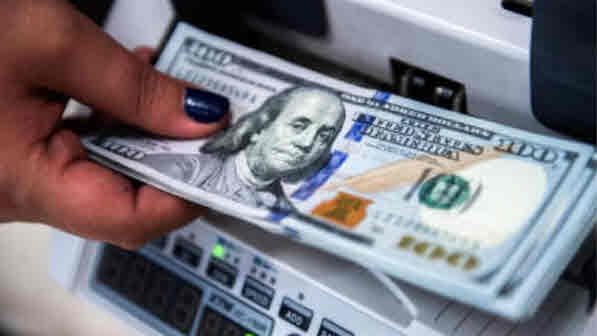 BATTLE FOR WORLD / NBC NEWS | September 10, 2019: This week one analyst suggested that “real” debt could be nearly 2000 percent of GDP, which attracted much attention, but consumer spending habits studied by some analysts say the real debt risk is much closer to home and include the amount and pace that American consumers are racking up with credit card debt.

“As far as American’s finances are concerned, the current situation is not too encouraging,” said senior analyst Jill Gonzalez at personal finance platform WalletHub. And that “We started the year owing more than $1 trillion in credit card debt, and although we paid off a large chunk in the first quarter, that could be a sign that more debt will be taken on by consumers.”

“In terms of revolving debt, we see spikes like this every so often, but they don’t jump by double digits all that much,” said Matt Schulz, chief industry analyst at CompareCards.

And “Given some other signs that we’ve seen of Americans’ confidence in their finances at the moment, I think this is a sign that things are getting a little bit tougher for folks,” noted Schulz.

During recent months, uncertainty over the tariff trade policies has prompted a sharp pullback in corporate investment, leaving consumer spending as the last big driver of economic growth in the US.

A lot of factors are coming into play: Federal Reserve cutting rates, which isn’t a guarantee that borrowers will see any measurable relief.  Borrowers depending on their credit score, influence the amount of their total debt. And lenders are going to take advantage with higher interest rates.

And with “…pretty high interest rate, and when people carry that debt from month to month, that cost is a burden, and it can sometimes be the tipping point for people who are living close to the edge financially,” said Bruce McClary, spokesman for the National Foundation for Credit Counseling. 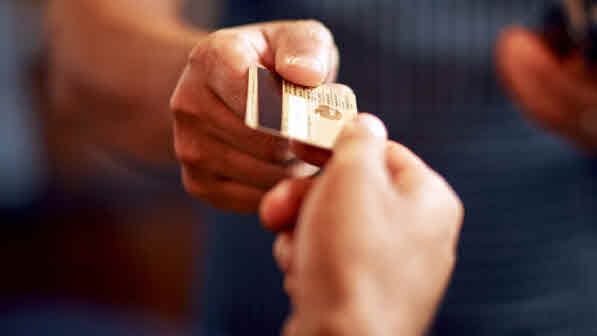 Why The Next Financial Crisis Will Be Bigger Than 2008

BATTLE FOR WORLD / REAL VISION FINANCE | September 11, 2019: Jim Rickards explains why there’s a financial crisis coming, and said that there’s no doubt that the Fed is overtightening, because in addition to trying to get interest rates back to normal, they are also reducing the balance sheet – to normalize the balance sheet. But now the Fed has a dilemma which is, what are they going to do if the US economy goes into rescission.