BATTLE FOR WORLD / YAHOO | October 19, 2019: A country that prides itself for the having the best of everything finds its citizens traveling to other countries to seek medial care. Many are asking the question: is the health care system main reason for functioning is financial exploitation?

US citizen Veronica Merrill decided to undergo stomach surgery for weight loss, while doing her research into medical tourism she found two options: pay $12,000 at home in the United States, or have it done in another country such as Mexico for $4,000.

With US health care insurance often their terms are targeted to individuals who are in dire need. The reason according to analysts is because the insurance company does not want to payout too much, becoming unprofitable.

Merrill was told by her insurance that they would only cover the operation if she was morbidly obese and suffering from diabetes and hypertension, and so she started packing her suitcase.

“It’s sad that I have to come to another country” for the procedure, said Merrill. She drives a school bus in the rural area of Arizona and is highly critical of the US health system, saying: it’s the most expensive in the world. And that “We shouldn’t have to do that. That’s crazy. And we’re the only ones (with this system), and that is depressing.”

But when you listen to the media you will hear nice comments that we are the best, but yet there are no alternatives other than your own, which is deal with the health issue until you can find an option or die.

She saved up the money and got in touch with a specialist agency to organize her trip over the border to Tijuana, where weight-loss operations and dental treatments are popular; including other treatment options for cardiovascular conditions, cancer, orthopedic work and fertility care, as well as buying medications.

Merrill laments and said to AFP: “If I only could have done it in the US… (but) I can’t pay that much money,” and that “I just want to be healthy.”

Two prominent Democratic candidates for the 2020 presidential election, Bernie Sanders and Elizabeth Warren, have both proposed universal health coverage – an idea many consider “logical”, but why it had to take decades, seems like centuries, to propose such a solution.

(BattleForWorld: And with all of these politicians talking nice solutions to get public support to vote them into office, once elected, bullshit campaign promises are forgotten as special interests and lobbyists have the ear of these elected officials, and shortly after they start mumbling another language as if they’ve had amnesia. This behavior has been going on for decades in American politics.)

Merrill made up her mind and turned to a company called Medical Tourism Corporation to organize her trip – including plane flight and hotel stay. 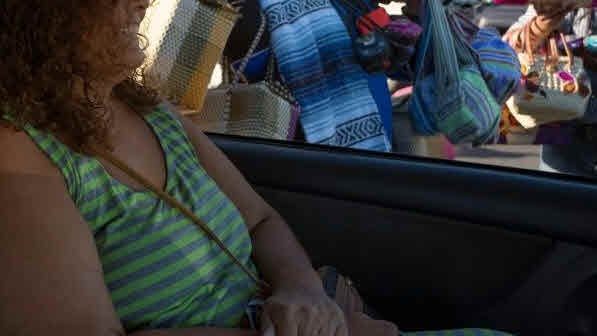