La Niña is back

BATTLEFORWORLD.COM | October 15, 2021 (updated): La Niña, the weather anomaly, is officially back and the United States National Oceanic and Atmospheric Administration’s Climate Prediction Center has announced that “La Niña is anticipated to affect temperature and precipitation across the United States during the upcoming months.”

In the U.S., a typical La Niña winter brings rain and snow to the Northwest and at times dry conditions to the southern tier areas of the U.S. The Southeast and Mid-Atlantic also sometimes see warmer than average temperatures during a La Niña winter, according to the prediction center.

El Niño and La Niña are said to be a natural climate cycle, and is officially known by climate scientists as El Niño – Southern Oscillation (ENSO), bringing forth a see-saw dance of warmer and cooler seawater in the central Pacific Ocean.

(BattleForWorld.com: The weather anomaly, La Niña, in the Pacific is not a natural phenomenon, and is a manufactured weather event that can be turned on or off. The anomaly happens from the heating of giant underwater cables using nuclear power and was installed in the 1970s, in the areas of the East Coast, the West Coast, and the Gulf Coast of the United States by one of the ruling elite factions in the United States. The main purpose for the weather anomaly is to destroy crops of corn, soybeans, and certain feed grains, and other crops, and this is going to ruin the income of thousands of American farmers. The goal is to create deliberate food shortages to help in controlling the American people through the weapon of hunger. – In the posting, here, the reference made is about the pending “climate change” drama. All this is to be coordinated with higher energy prices. There’s also a military part to “climate change”, but that section of the plan is not yet fully activated. The first part of the “climate change”, i.e. weather modification, is to destroy food supplies and is connected to the COVID-19 subjugation project of the “Great Reset”. The military part to “climate change” will become fully activated if World War 3 is to breakout.)

(BattleForWorld.com: The three underwater cables that are heated – is a combined setup, as each grid cable can be made either positive or negative relative to the Earth – causing ELECTRICAL CHARGES in the upper atmosphere to move in response to these electrical fields, producing jet stream shifts which in turn alters the weather. The setup is like a giant battery, with one terminal connected to the cable and the other grounded. – And the jet stream can also be re-routed manually by other means.)

Even though the Climate Prediction Center has issued a warning about the return of La Niña, the public will just digest the news as more bad weather forecasts, until they are told why there’s a shortage of food and that the weather is to blame for the increase in prices of vegetables, grains, beans, meats, etc. at the supermarket. 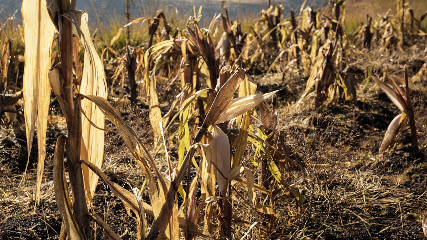