Why Are So Many People Talking About The Potential For A Stock Market Crash In October?

Without a doubt, the market is primed for another crash.  Stock valuations have been in crazytown territory for a very long time, and financial chaos has already begun to erupt in emerging markets all over the globe.  When the stock market does collapse, it won’t exactly be a surprise.  And a lot of people out there are pointing to October for historical reasons.  I did not know this, but it turns out that the month with the most market volatility since the Dow was first established has been the month of October…

The difference is quite significant, as judged by a measure of volatility known as the standard deviation: For all Octobers since 1896, when the Dow Jones Industrial Average was created, the standard deviation of the Dow’s daily changes has been 1.44%. That compares to 1.05% for all months other than October.

The standard deviation of daily Dow changes is much higher in October than other months even if we eliminate 1987 and 2008 from the sample.

Once we get to Thanksgiving, the market tends to get sleepy, and it usually doesn’t wake up again until the new year begins.

And it is inevitable that something big will happen at some point.  As Jesse Colombo has pointed out, stocks are more overvalued right now than they were just before the great stock market crash of 1929…

It is becoming increasingly obvious what we are heading for, and a growing chorus of market experts are issuing ominous declarations about this market.

CBS NEWS / BATTLE FOR WORLD – September 27, 2018: The article highlights that Corporate insiders are dumping stock in their companies at a rate not seen in 10 years.

With September not yet over, stock sales by company executives reached $5.7 billion, according to data from TrimTabs Investment Research — the highest September in a decade. August’s $10.3 billion in insider sales also reached a 10-year record.

“Insiders have been committing lots of money for stock buybacks, and they’re not doing buybacks because they think stocks are cheap. They’re doing to it to pump up the stock so they can sell it,” said David Santschi, director of liquidity research at TrimTabs.

US Stocks Dive For Second Day In a Row

SPUTNIK NEWS / BATTLE FOR WORLD – October 11, 2018: The article highlights the US stock market sustained yet another day of massive losses on Thursday (October 11) following Wednesday’s (October 10) sell-off of tech stocks.

That the Dow Jones Industrial Average suffered a loss of 548 points Thursday after watching 830 points evaporate on Wednesday, sending the two-day decline well over 1,000 points. And as a result the Dow has now lost 5.3 percent of its value over the past two days, the most significant dip in the indicator since February 2018, the Associated Press noted.

President Trump pointed the reason for the drops on the Federal Reserve’s decision to lift interest rates. “The Fed is making a mistake. It’s so tight. I think the Fed has gone crazy… It’s a correction that we’ve actually been waiting for for a long time, but I really disagree with what the Fed is doing,” he said Wednesday.

Schiff: Bear Market has Begun. The Economy is on the verge of Collapse, says Trump before elected president

RT AMERICA / BATTLE FOR WORLD – October 11, 2018: The article highlights: Anya Parampil reports on the US stock market downturn which began on Wednesday (October 10), finding that the mini-crash has rippled throughout international markets. Anya talks to Peter Schiff, CEO of Euro Pacific Capital, and Bart Chilton, Host of RT’s Boom Bust, to discuss what’s behind the meltdown and whether or not it could evolve into something to more severe.

(BattleForWorld: Before Donald Trump was elected president he said that the US economy is on the verge of economic collapse, said Peter Schiff on RT America. It is not Trump’s trade policies that are causing the crash, the crash was happening anyway. And now the economy is moving into a bigger collapse, because all that Trump did was blow more air into the bottomless Federal Reserve bubble. And now the Fed is raising rates causing that bubble to trip. It’s not just stocks that’s a bubble, the entire economy is a bubble and the recession that’s going to follow the bursting of this bubble is going to be deeper and more severe.)

SPUTNIK NEWS / BATTLE FOR WORLD – October 13, 2018: The article highlights the bonds sale by China was carried out in the wake of a massive blow sustained by the US stock market earlier this week, and effectively demonstrates China’s sway in the international bond market.

Beijing sold $3 billion of sovereign dollar bonds, making it the third such sale in the last 14 years.

Bloomberg described the move as “an even bigger demonstration of China’s pull in the international bond market,” came in as markets suffered a global rout on Thursday (October 11) after Wall Street’s worst losses in eight months.

RT / BATTLE FOR WORLD – October 14, 2018: The article highlights that Wall Street and the US economy are on the verge of recession, according to Peter Schiff, the CEO of Euro Pacific Capital, who raised alarms after this week’s market selloff.

(BattleForWorld: The news media is very aware of the terrible economic times ahead for the American people and the world in general hooked to the US dollar. The news media are all playing stupid, in order to not panic the public. And so the pending economic crash will happen without the public being alerted beforehand. But what you can bet on is this, that the high-level investors in the stock market will be given decisive information prior about when the economic crash is ready to happen. Throughout the United States, banks are scaling back on human tellers, replacing them with Automated Teller Machine (ATM) and are directing customers to use those machines to do their transactions. What appears to be one of the reasons behind this, is that when the economic crash finally happens, customers will not be able to cause a “bank run” – where large numbers of people withdraw money from a bank in fear that the bank may cease to function in the near future. With a human teller, a customer can withdraw high amounts in cash, but with the machines the amount is limited. Also, the ATM holds a limited amount of cash and their cash replenishment time varies.)

He told Fox News that “This is a bubble not just in the stock market, but the entire economy.”  And Schiff predicts a recession, to be accompanied by rising consumer prices, that will be “far more painful” than the 2007-2009 Great Recession.

“I think as Americans lose their jobs, they are going to see the cost of living going up rather dramatically, and so this is going to make it particularly painful,” said Schiff.

And what is insane according to Schiff, is that the Fed has been acting irrationally for a long time: “What is crazy is for the Fed to believe that they can raise interest rates without pricking their own bubble.”

Related article:
ATM Fees Are Up And They’re Probably Going To Get Worse 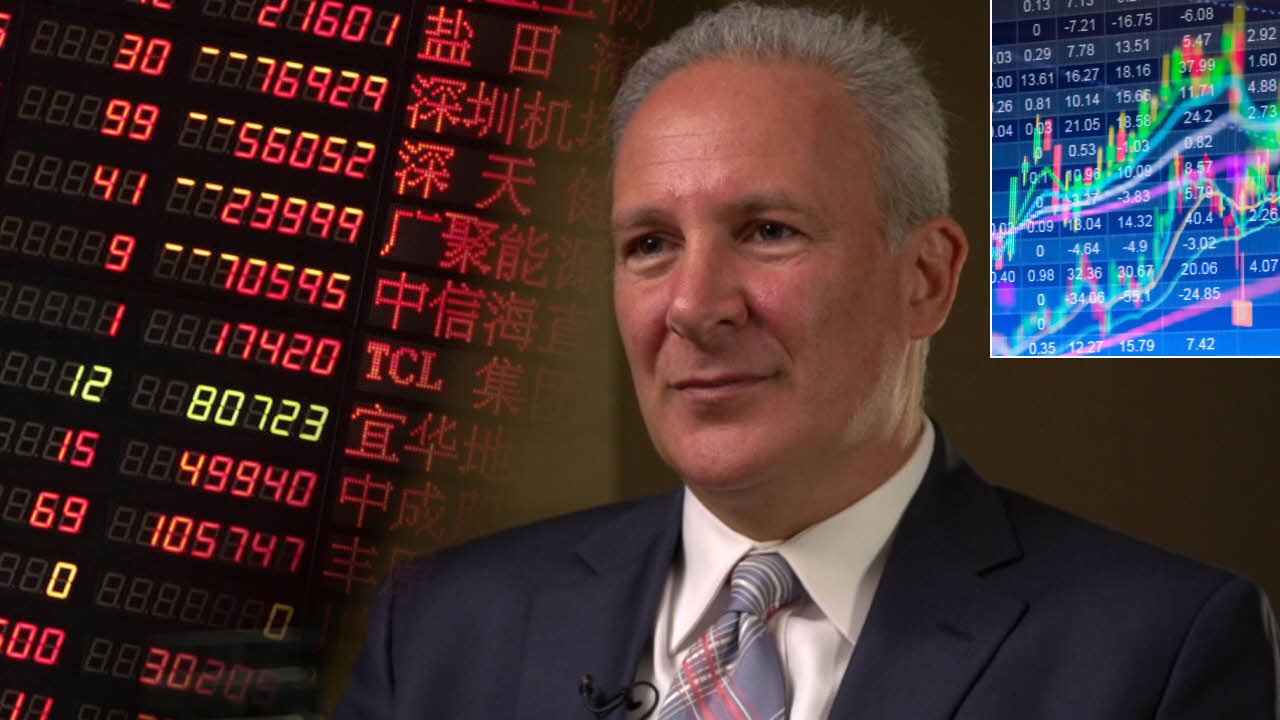